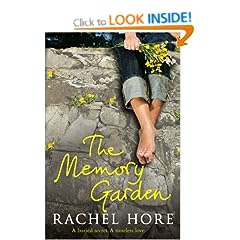 Synopsis:
Lamorna Cove, in Cornwall's far west, is a tiny bay set at the mouth of a secluded wooded valley of wild beauty, the haunt, a hundred years ago, of a close-knit colony of artists. Here, to a rented cottage in the overgrown gardens of Merryn Hall, Melanie Pentreath retreats from her busy London life as a lecturer in art history to research a book about the painters, and to seek solace following the death of her mother and a broken love affair. In this magical place, full of echoes of the past, Mel helps her landlord, Patrick Winterton, restore the garden and starts to pull together the shreds of her life. Patrick finds some old paintings in a glory hole in one of the attics, and as they uncover the identity of the artist they are drawn into an extraordinary story of illicit passion and thwarted ambition from the Edwardian past which proves resonant in Mel's own life. Merryn is an idyll, and Mel and Patrick, himself here to escape a romantic disappointment, find themselves drawing closer to one another - until the reality of the outside world once more intervenes and everything is threatened.


The book started well, with Mel moving to the Gardeners Cottage of Merryn Hall while she writes her book, and then starts to renovate the very overgrown huge garden that had been neglected for nearly 100 years. Then she meets the young and handsome Patrick, who has recently inherited Merryn Hall from his deceased uncle.

The story goes back into the past occasionally where we meet Pearl, the new maid, who loves painting. I really enjoyed this part of the book and wish that the author could give us more of Pearl's story. But I guess that wasn't the idea.

I loved the descriptions of the garden - I could easily imagine the weeds, overgrown flowers, the greenhouse, the laurel maze, the secret grotto, among others. What an amazing garden it sounded.

But somehow I felt it lost its way about half way through and I must admit I did lose interest a little bit, but only a little, before it picked up and swept me along again.

I thoroughly enjoyed it overall.

(Please feel free to make a comment or email me at purplecards@googlemail.com. I'd love to hear from you.)
No comments: 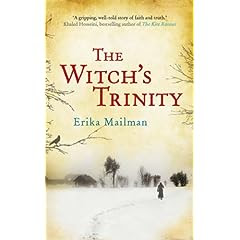 The year is 1507, and a friar has arrived in Tierkinddorf, a remote German village nestled deeply in the woods. The village has been suffering a famine, and the villagers are desperately hungry. The friars arrival is a miracle, and when he claims he can restore the town to prosperity, the men and women gathered to hear him rejoice. The friar has a book called the Malleus Maleficarum;a guide to gaining confessions of witchcraft. The friar promises he will identify the guilty woman who has brought Gods anger upon the town; she will be burned, and bounty will be restored. Tierkinddorf is filled with hope. Neighbors wonder aloud who has cursed them and how quickly can she be found? They begin sharing secrets with the friar.

Güde Müller, an elderly woman, has stark and frightening visions, recently she has seen things that defy explanation. None in the village know this, and Güde herself worries that perhaps her mind has begun to wander, certainly she has outlived all but one of her peers in Tierkinddorf. Yet of one thing she is absolutely certain: She has become an object of scorn and a burden to her son's wife. In these desperate times her daughter-in-law would prefer one less hungry mouth at the family table. As the friar turns his eye on each member of the tiny community, Güde dreads what her daughter-in-law might say to win his favor.

What would you do if your nasty daughter-in-law accuses you of being a witch (and could be burned at the stake) as her family is starving and you're just another hungry mouth to feed? This is the horrific death that could befall Gude, the storyteller. She has already seen the terrible repercussions of the villagers accusations towards her best friend Gunne, and she desperately tries to avoid suffering the same fate.

I found this book absolutely fascinating and it certainly made me think about the terrible deeds done to women (and men) who were (usually) falsely accused of witchcraft. Throughout the book Gude relives moments in her life and we're given a glimpse of a time when food was plentiful and all the villagers were her friends, until the crops fail for the second year and they need someone to blame.

All in all, I thought it was a great read, even if you're not interested in witches and witchcraft, which I'm not......even though I was born and raised, and still live, just a few miles from Pendle Hill, the home of the famous Pendle Witches who were tried and hanged at Lancaster Castle in 1612.

Book Review: East of the Sun by Julia Gregson

Synopsis: Autumn 1928. The Kaiser-i-Hind is en route to Bombay. In Cabin D38, Viva Holloway, an inexperienced chaperone, is beginning to feel as though she's made a mistake. Her advert in The Lady has resulted in three unsettling young charges to be escorted to India. Rose, a beautiful, dangerously naive English girl, is about to be married to the cavalry officer she has met a handful of times. Victoria, her bridesmaid, is determined to lose her virginity en route before finding a husband of her own. And overshadowing all three, the dangerously malevolent presence of Guy Glover. But nothing frightens Viva as much as her real reasons for the voyage: firstly to lead an independent life, husband-less life as a writer, and secondly, to confront her own explosive past. Three potential Memsahibs with a multitude of reasons for leaving their homeland - but the cargo of hopes and secrets they carry can do little to prepare them for what lies ahead in India.

I love historical novels and this sounded just like the sort of book I would enjoy. Even though I did enjoy it I felt as if there was something missing. I often finish a book and think about the characters afterwards - how did their lives progress, etc?

I felt like I didn't really care about any of the 3 female characters or about what happened to them. There didn't seem to be enough depth to them somehow.

The India of 1928/29 was a time of social change, Gandhi was becoming well known and there was a feeling of slight anti-Britishness beginning. As I didn't know anything of India at this time, I found this very interesting, and was fascinated by how the author described how some people were very suspicious of the motives of the teachers in the orphan childrens school.

The 1st part of the book describes the 2 week voyage to India - the various people the girls meet and the bonding that will carry on when they go their separate ways.

The rest of the book concentrates on the next 12 months of their lives.

This is a very engaging read with lots of colourful characters. 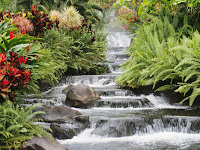 HAPPY NEW YEAR TO ALL!

I read or listened to 61 books last year. I can't believe it was so many! I usually have 2 books on the go all the time - 1 that I'm listening to and 1 that I I'm reading.

The blog is a good way of me keeping track of all the books that I'll be devouring this year and I'll try and review them all, good or bad.