Today, I am delighted to be part of Ann Napolitano's blog tour for her new book Dear Edward thanks to Penguin Books .... you'll find my review below 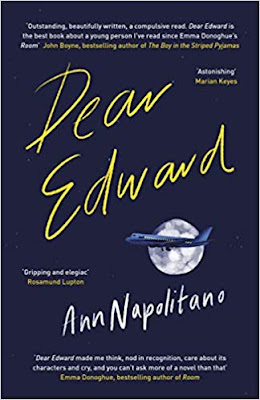 One summer morning, a flight takes off from New York to Los Angeles. There are 192 passengers aboard: among them a young woman taking a pregnancy test in the airplane toilet; a Wall Street millionaire flirting with the air hostess; an injured soldier returning from Afghanistan; and two beleaguered parents moving across the country with their adolescent sons, bickering over who gets the window seat. When the plane suddenly crashes in a field in Colorado, the younger of these boys, 12-year-old Edward Adler, is the sole survivor.
Dear Edward depicts Edward's life in the crash's aftermath as he struggles to make sense of the meaning of his survival, the strangeness of his sudden fame, and find his place in the world without his family. In his new home with his aunt and uncle, the only solace comes from his friendship with the girl next door, Shay. Together Edward and Shay make a startling discovery: hidden in his uncle's garage are sacks of letters from the relatives of the other passengers, addressed to Edward.
As Edward comes of age against the backdrop of sudden tragedy, he must confront some of life's most profound questions: how do we make the most of the time we are given? And what does it mean not just to survive, but to truly live?

Dear Edward is such a beautifully written story that really grabbed at my heart and didn't let go until the very end.  And even then I couldn't stop thinking about it, about the people in the crash, how would their lives have gone on, the young and the old, they all had hopes and dreams and it was all cruelly taken away from them.

But, this is not a depressing story, not at all, in fact it's the opposite.

Full of triumph, survival, hope, friendship, guilt, caring and surmounting the impossible with the possible.

Overall I thought this was a thought-provoking and moving story.

All the Rage by Cara Hunter - Book Review & Blog Tour

Today, I am delighted to be part of Cara Hunter's blog tour for her new book All the Rage thanks to Penguin Books .... you'll find my review below 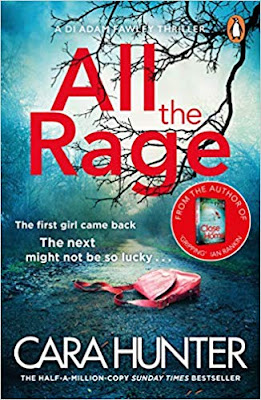 The first girl came back.
The next might not be so lucky.

History doesn't repeat itself. Does it?

A distressed teenage girl is found on the outskirts of Oxford. The story she tells is terrifying: grabbed off the street, a plastic bag forced over her head, then driven somewhere remote and subjected to an assault.

DI Adam Fawley is doing the best he can to investigate, but the teenager refuses to press charges. All he can do is try to ignore the sickening feeling he's seen something like this before...

But when another girl goes missing, Fawley knows his time is running out.

Because if he ignores the past any longer, this girl may not be coming back.

I have read all the DI Fawley books and absolutely loved them all, and I loved this one too, but it's not quite on the same high level.  Don't get me wrong, I really enjoyed it but I think my expectations of Cara Hunter's books are so high that it's just impossible to keep reaching those heights every time.

There were twists and turns, engrossing characters, a good compelling story, the same police officers that feature in the other books, great writing, in fact everything I love about these stories.

It's a stand alone story, and if you haven't read any before, the characters back stories can easily be picked up.

I will still be eagerly waiting for the next storyline in the DI Adam Fawley series! 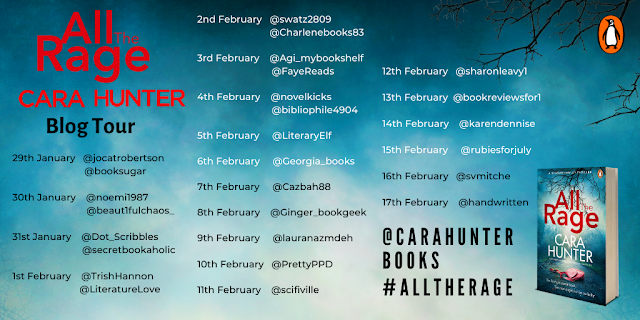