THE VISITORS
BY
REBECCA MASCULL

Then one day somebody took your hand and opened up the world to you.

Adeliza Golding is a deaf-blind girl, born in late Victorian England on her father's hop farm.  Unable to interact with her loving family, she exists in a world of darkness and confusion: her only communication is with the ghosts she speaks to in her head, who she has christened The Visitors.  One day she runs out into the fields and a young hop-picker, Lottie, grabs her hand and starts drawing shapes in it.  Finally Liza can communicate.

Her friendship with her teacher and with Lottie's beloved brother, Caleb, leads her from the hop gardens of Kent to the dusty veldt of South Africa and the Boer War, and ultimately to the truth about the Visitors. 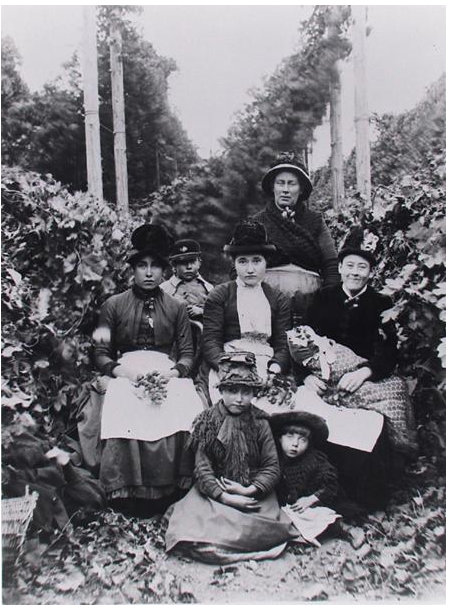 
This book is beautiful.  I adored this story of Adeliza and how she changed from this 'wild animal kept in a tame house' where the servants found her unsettling and didn't want to be alone with her.

Told by Liza herself, I really felt as if I knew what was going on in her mind, her frustrations, how she hurt herself and the people around her just so she could feel something and be taken out of her dull existence for just a little while.  The writing was incredibly descriptive.

Her life was totally transformed when she met Lottie who gave her life meaning, she gave her hope, a future and. most importantly of all, a wonderful friendship.  I felt very emotional when Liza first learns that shapes make words.

I was totally engrossed and had no idea of how the story would evolve, it was a surprise to be taken from hop-pickers to oyster beds, and then to the midst of the Boer War, but in a good way.

This was a very entertaining read, a unique and inspiring story, a ghost story, a coming of age story, all beautifully told with fantastic imagery.

This is one of my favourite books that I've read this year.

Rebecca Mascull lives by the sea in the east of England with her partner Simon and their daughter Poppy.  She has previously worked in education and has a Masters in Writing.  The Visitors is her first novel. 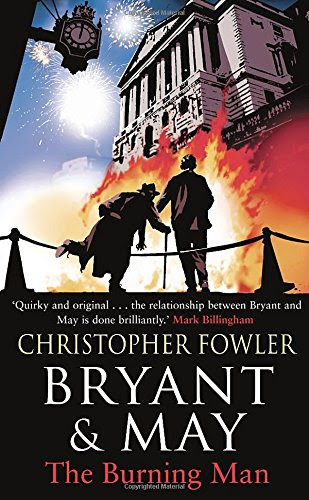 THE BURNING MAN
BY
CHRISTOPHER FOWLER

London is under siege. A banking scandal has filled the city with violent protests, and as the anger in the streets detonates, a young homeless man burns to death after being caught in the crossfire between rioters and the police.
But all is not as it seems; an opportunistic killer is using the chaos to exact revenge, but his intended victims are so mysteriously chosen that the Peculiar Crimes Unit is called in to find a way of stopping him.
Using their network of eccentric contacts, elderly detectives Arthur Bryant and John May hunt down a murderer who adopts incendiary methods of execution. But they soon find their investigation taking an apocalyptic turn as the case comes to involve the history of mob rule, corruption, rebellion, punishment and the legend of Guy Fawkes.
At the same time, several members of the PCU team reach dramatic turning points in their lives - but the most personal tragedy is yet to come, for as the race to bring down a cunning killer reaches its climax, Arthur Bryant faces his own devastating day of reckoning.

The Burning Man is the 12th book in the wonderful Bryant and May series.
Arthur Bryant and John May are both senior detectives in the Peculiar Crimes Unit, which performs a unique invisible service, to prevent public disorder......and to investigate peculiar and unusual crimes.
This time, morale is low in the unit, their budget's been cut and they've had some bad publicity from a disgruntled tabloid hack.  It's also pretty quiet until a banking scandal breaks and riots break out in the City, and people are being killed in mysterious and horrific ways.
As usual, Bryant and May bring their own unique style of investigating to the crimes.  Bryant is quirky and 'insensitive to the etiquette of small talk, a mobile time capsule' and May is a bit of a ladies man.
The plot moves along at a steady pace, the two detectives sparking off each other, sometimes quite funny, sometimes sad, and I really liked both of them and their different way of working.
Plenty of twists and turns all make this a very readable novel which I thoroughly enjoyed and would recommend.

Special Thanks to Sophie at Transworld for sending me this book. 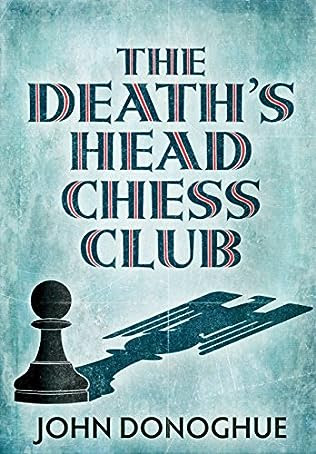 My Thoughts on this brilliantly moving debut novel ......


S.S. Obersturmfuhrer Paul Meissner arrives in Auschwitz fresh from fighting on the Russian Front.  After being badly wounded, he is fit only for administrative duty and his first and most pressing task is to improve flagging camp morale among the officers and the enlisted men.
He sets up a chess club, which thrives as under-the-table bets are made on the results of the games.
When Meissner learns from a chance remark that chess is also played by the prisoners, however, he becomes intrigued by the rumour of a Jewish watchmaker who is 'unbeatable'.
A deeply moving novel about an impossible friendship between a Nazi and a Jew, The Death's Head Chess Club challenges us to consider what might be the very limits of forgiveness and what might be the cost of a lifetime of bitterness.

I have to confess that if I saw this book on the shelf at my local bookshop I would walk straight past it.  The name and the picture would not appeal to me at all.  And when I was asked to review this book for RealReaders I was not sure if I would like it or not.

But if you're like me I would urge you to pick it up, look at the blurb and take a chance at reading something amazing, you won't be disappointed.

This is the story, mainly, of three men, the 'watchmaker' and Jew Emil Clement, former SS officer and now priest Paul Meissner and Willi Schweninger who worked in the Propaganda Ministry during WWII.

Going back and forth in time between 1943/44 and 1962, the three men are at a Chess Tournament in Amsterdam when their paths cross.  Was it fate that they should meet or divine intervention?

As they share drinks and meals together, over time, they start to tell their stories, and we realise how they are all linked.  Their stories started slowly, but gradually we learn what happened at Auschwitz as Emil was the 'unbeatable' chess player who's games became, literally, a matter of life or death and I couldn't put it down.

This is a story of hatred, unlikely friendship, unspeakable cruelty, forgiveness, healing, redemption, guilt and, of course, chess.

Overall, a moving and thought-provoking debut novel that I wouldn't hesitate to recommend.

*Just as an aside to this story, several years ago I went to Birkenau and Auschwitz.  I saw the train tracks, the watchtower and the wooden huts at Birkenau.  I visited the museum at Auschwitz, the sign that read 'Arbeit macht frei' (work makes you free) looked at the photos of the prisoners, their suitcases with their names on - all unaware of the horror awaiting them.  It was a humbling experience, very similar to the feeling I had after finishing this book.*