Today, I am delighted to be part of Laura Briggs's Publication Day Push for her new book A Spirited Girl on Cornish Shores thanks to Rachel at Rachel's Random Resources Blog Tours ... and there are some fabulous giveaway prizes! 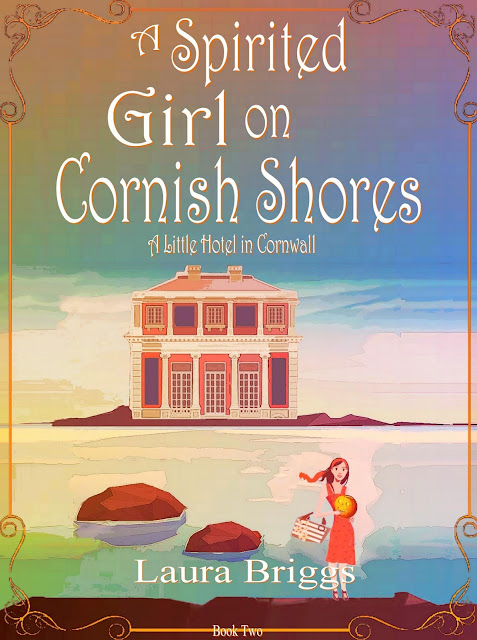 It looks like a perfect Cornish autumn, with aspiring novelist
Maisie Clark still finding inspiration as a maid at the historic
Penmarrow Hotel. Between the staff of quirky co-workers,
glamorous and unusual guests, and her growing friendship
with the charming but mysterious Sidney Daniels, Maisie is
living out adventures instead of just penning them in the
pages of her would-be novel's growing number of chapters.

And then there's the slight problem of keeping the balance
between friendship and 'something more' with Sidney, who's
helping introduce her to the village's version of a Cornish
Halloween, and has recently taken an interest in Maisie's
secret that may change things between them. But even
Maisie’s imagination can't conjure the unusual event this
Halloween brings to the Penmarrow. An eccentric earl has
chosen this site to host his lavish birthday celebration that
includes a pretty (and perceptive) young psychic whose
predictions seem to have everyone on edge — and, to
Maisie's delight, the elusive novelist Alistair Davies is
rumoured to be part of the guest list! But with the earl's
bickering relatives and illustrious friends on hand— and more
than one ghost of the past waiting to be revealed — it’s
anyone’s guess what the festivities will bring before the party
is over.

Will the psychic foretell doom for the earl's gathering—and is
her ‘gift’ as genuine as it seems? Will Maisie finally meet her
favourite author face to face? And, more importantly, what
about the romantic sparks that fly between Maisie and
Sidney?

Reading this second book in this series, it felt as if I was visiting old friends again, Maisie is still trying to keep her reasons for being at the hotel a secret, though her friendship with the enigmatic Sidney sees her opening up a little, Riley the porter is doing his best to stay out of trouble but not quite succeeding and manager Mr. Trelawney actually smiled once!

I'm enjoying this series enormously, as this time the Earl of Middlewhite is celebrating his centenary with a seance, his family and friends having taken over the whole hotel for Halloween time, which was fun and scary at the same time.  But will the elusive author and the reason for Maisie travelling from America to work at the hotel, be at the celebrations?

Shocks and secrets abound in this novella which can be read as a standalone as there is plenty of references to the happenings in the first book to enable any new readers to catch up.

This is an easy and entertaining read, with enough eventful situations to keep the reader engaged. 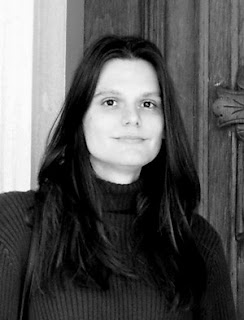 Author Bio – Laura Briggs is the author of several feel-good
romance reads, including the Top 100 Amazon UK seller 'A
Wedding in Cornwall'. She has a fondness for vintage style
dresses (especially ones with polka dots), and reads
everything from Jane Austen to modern day mysteries. When
she's not writing, she enjoys spending time with family and
friends, caring for her pets, gardening, and seeing the
occasional movie or play.
Social Media Links –
Twitter: https://twitter.com/PaperDollWrites 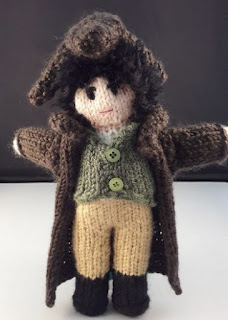 Perfect for fans of all-things Cornwall, this Ross Poldark doll
with tricorn hat is made by Angela Blay, whose popular
Knitdark creations have been featured on The Graham Norton
Show. Since each doll is hand made, the Ross the winner
receives may vary slightly in appearance from the one in the
picture. Readers can learn more about the Knitdarks at
Angela's Twitter page @kwerkyknits as well as her Etsy shop
at https://www.etsy.com/uk/shop/kwerkyknits 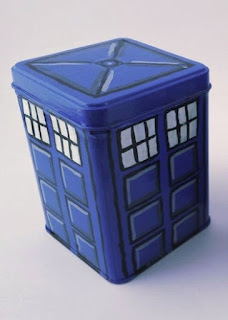 A tin T.A.R.D.I.S similar to the keepsake Maisie is gifted by
Sidney in Book 1, A Little Hotel in Cornwall. Designed by Etsy
artist KittyConduitt81 and perfect for fans of Doctor Who!
Being a unique, hand made item, the final design may vary
slightly in appearance from the one pictured. Learn about
KittyConduittDesigns on Etsy at
https://www.etsy.com/shop/KittyConduittDesigns 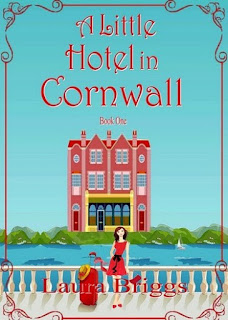 A specially designed case for a Kindle or Tablet featuring the
cover art for Book 1 in the series A Little Hotel in Cornwall.
The final product's size, texture, and color will depend on the
winner's device.

*All 3 winners will also receive a digital copy of Book 1 in
the series, A Little Hotel in Cornwall.

*Terms and Conditions –Worldwide entries welcome.
Please enter using the Rafflecopter box below.  The winner
will be selected at random via Rafflecopter from all valid
entries and will be notified by Twitter and/or email. If no
response is received within 7 days then Rachel’s Random
Resources reserves the right to select an alternative winner.
Open to all entrants aged 18 or over.  Any personal data given
as part of the competition entry is used for this purpose only
and will not be shared with third parties, with the exception of
the winners’ information. This will passed to the giveaway
organiser and used only for fulfilment of the prize, after which
time Rachel’s Random Resources will delete the data.  I am
not responsible for despatch or delivery of the prize.
a Rafflecopter giveaway

Spotlight on A Walk in Wildflower Park by Bella Osborne

Today, I am delighted to be part of Bella Osborne's blog tour for her new book A Walk in Wildflower Park thanks to publishers Avon ... 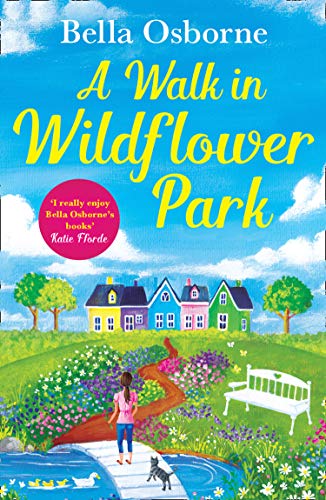 A Walk in Wildflower Park was originally published as a four-part serial. This is the complete story in one package.

Life’s not always a walk in the park…

When Anna is dumped by her fiancé, she moves in to her own place on the edge of the gorgeous Wildflower Park and pledges to stay off men and focus on her career, but a handsome new colleague seems to thwart her attempts at every turn. And when she receives an accidental text from a mystery man, could it be the new start she needs? Or someone she really shouldn't be falling for?

Anna’s neighbour Sophie is a stressed-out mum-of-two with a third on the way. Her husband is a constant frustration, and their children are a regular source of newly-invented swear words and unidentifiable sticky surfaces.

Luckily, Anna and Sophie have each other – and Wildflower Park proves to be a sanctuary as they map out a path to find the happiness they both deserve… 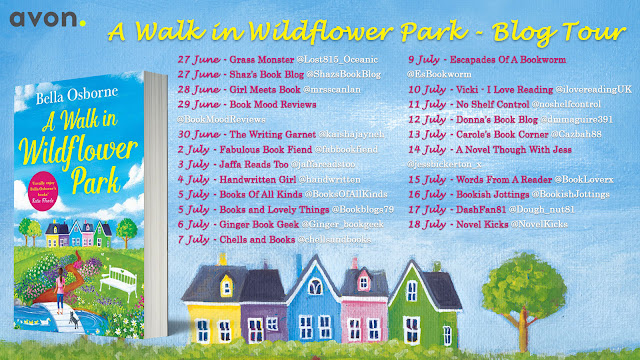 About the Author Bella Osborne


I've been jotting down my stories as far back as I can remember. Somehow life took over, I got a sensible job in project management and the writing has remained a passion. I live in The Midlands with my lovely husband and our wonderful daughter, who thankfully, both accept me as I am (with my mad morning hair and a penchant for skipping). You can follow me on Twitter
@osborne_bella. 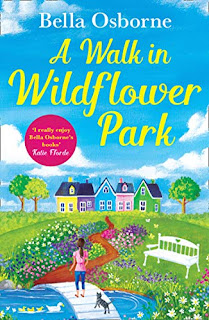 Spotlight on Meet Me in Cockleberry Bay by Nicola May

Today, I am happy to be part of Nicola May's blog tour for her new book Meet Me in Cockleberry Bay thanks to Rachel at Rachel's Random Resources Book Tours ... 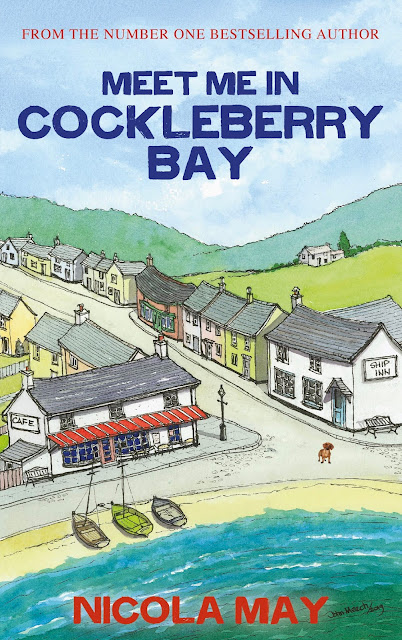 The cast of the runaway bestseller, The Corner Shop in Cockleberry Bay, are back – including Rosa, Josh, Mary, Jacob, Sheila, new mum Titch and, last but by no means least, Hot, the adorable dachshund.

Newly wed, and with her inherited corner shop successfully up and running, Rosa Smith seems to have all that anyone could wish for. But the course of true love never did run smooth and Rosa’s suspicions that her husband is having an affair have dire consequences.

Reaching rock bottom before she can climb back up to the top, fragile Rosa is forced to face her fears, addiction and jealousy head on.

With a selection of meddling locals still at large, a mystery fire and Titch’s frantic search for the real father of her sick baby, the second book in this enchanting series will take you on a further unpredictable journey of self-discovery.
Purchase Links:
UK - https://www.amazon.co.uk/Meet-Cockleberry-Bay-Nicola-May-ebook/dp/B07QXD334Y
US - https://www.amazon.com/Meet-Cockleberry-Bay-Nicola-May-ebook/dp/B07QXD334Y

About Nicola May
​
Award winning author Nicola May lives in Ascot in Berkshire with her rescue cat Stanley. Her hobbies include watching films that involve a lot of swooning, crabbing in South Devon, eating flapjacks and enjoying a flutter on the horses. Inspired by her favourite authors Milly Johnson and Carole Matthews, Nicola writes what she describes as chicklit with a kick. 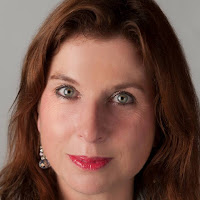 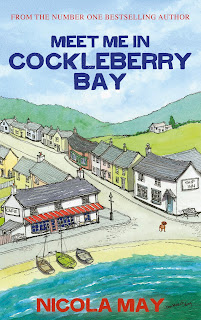