MURDER OUT OF TUNE BY LESLEY COOKMAN - BOOK REVIEW AND GIVEAWAY 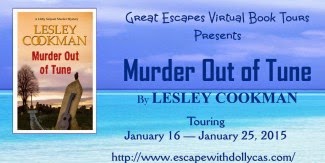 MURDER OUT OF TUNE
BY
LESLEY COOKMAN 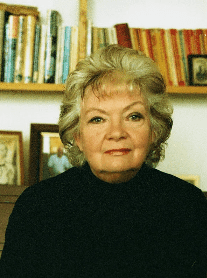 About This Author
A former actor, model and freelance journalist, Lesley Cookman lives on the Kent coast in the UK, has four musicians as children, two small grandchildren and two cats, Lady Godiva and Gloria. All 14 of her Libby Sarjeant books have reached number one in their genre charts on Amazon UK. 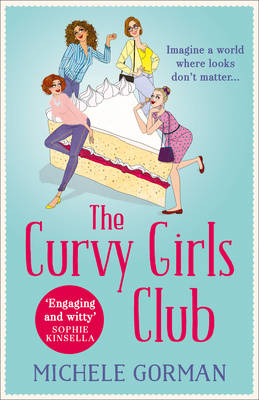 Pixie, Ellie, Katie and Jane have been best friends since meeting at Slimming Zone. Tired of being judged by the number of calories they consume, they decide to form a different kind of club. The fun evenings they spend together, not worrying about their size, make them happier than they’ve been for years.


Spoken by Kate who has been attending Slimming Zone for several years, she works cold calling by selling nutritional supplements but feels she's undervalued at work, possibly due to her size she thinks.

Together with the friends she's met at the slimming club, they decide that instead of going to the club they would all go out together and have different experiences such as going to the theatre, trying salsa dancing, wine tasting to name but a few.

As the club grows, so does their confidence. 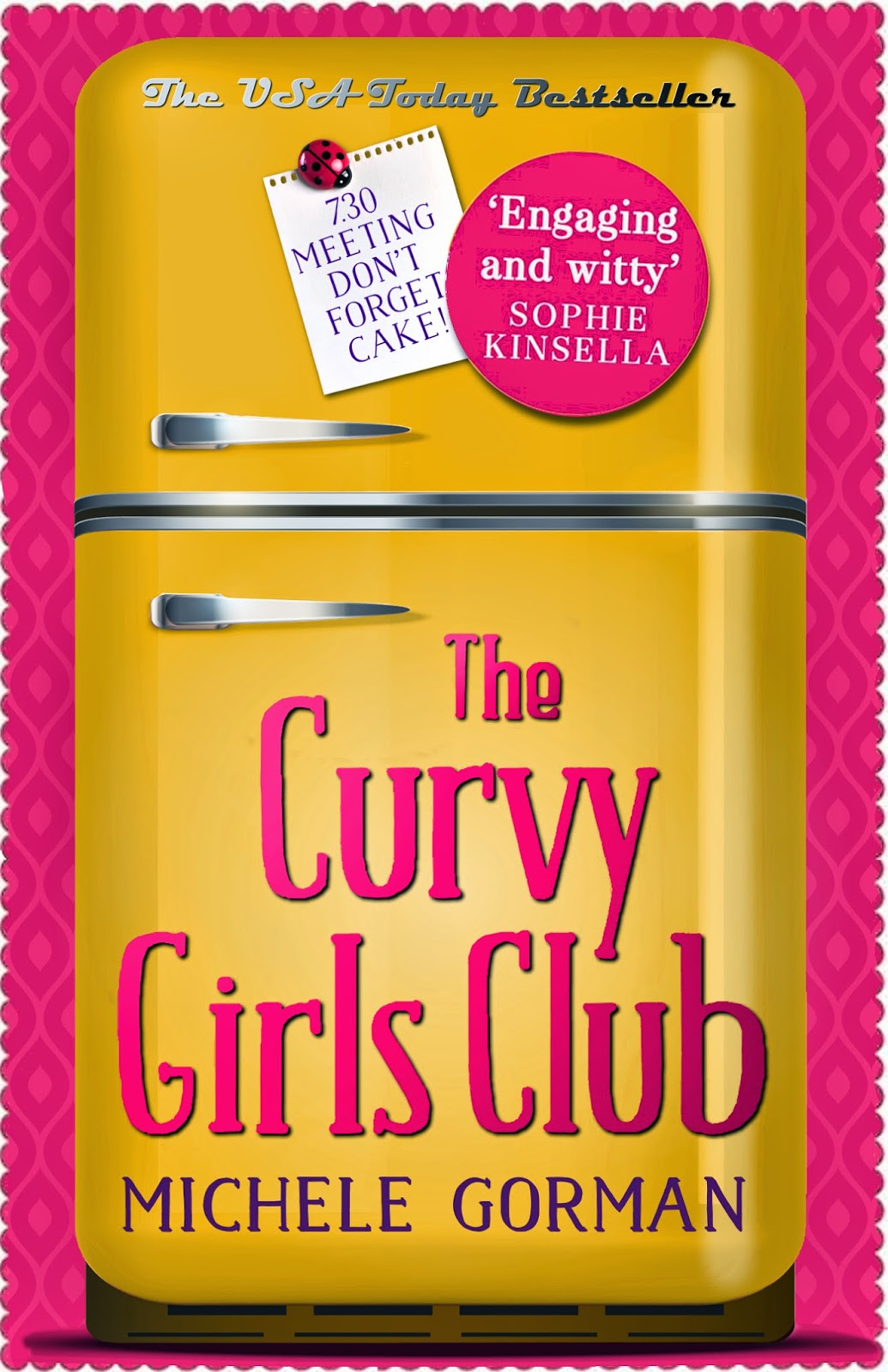 I enjoyed reading this story of the Curvy Girls Club, I liked the fact that they all had their flaws, though some of them could be quite nasty to each other!

The pace of the writing was quick, with some funny moments interspersed with the more serious issues, with romance, health problems, unexpected twists and petty jealousies I feel this is one to recommend, whatever your size!

Available to buy from Amazon UK - Amazon US - BookDepository

I received an ebook copy from Notting Hill Press in exchange for an honest review.

Book Review: THE STRINGS OF MURDER BY OSCAR DE MURIEL


THE STRINGS OF MURDER
BY
OSCAR DE MURIEL

Edinburgh, 1888.  A violinist is murdered in his home.  The dead virtuoso's maid swears she heard three musicians playing in the night.  But with only one body in the locked practice room - and no way in or out - the case seems to be an impossible puzzle.

Fearing a national panic over another Ripper, Scotland Yard sends Inspector Frey to investigate under the cover of a fake department specializing in the occult.  However, Frey's new boss, Detective 'Nine-Nails' McGray, actually believes in such supernatural nonsense.
McGray's tragic past has driven him to superstition, but even Frey must admit that this case seems beyond reason.  And once sometimes loses all reason, who knows what they will lose next .......

The Strings of Murder is the first book in a new series following Inspector Frey and Detective McGray as they investigate crimes around Victorian Britain and if this tale is typical of them I will be adding them to my wish list!

Told in the first person by Inspector Ian Frey, who we learn has in the past started and abandoned both medicine at Oxford University and Law at Cambridge University but when he recently uncovers an infamous murderer in London he feels he has found his forte in the CID.

A mark on the wall, the contents of a wallet, a lock of hair ..... a glove carelessly left behind ... those tiny details of everyday life, things that the ordinary man would never normally ponder on, were our tools, and most of the time sufficient to allow us to draw a full picture of victims and aggressors.....in short, their innermost darkest secrets were at hand if one knew just how to read the world around.
How thrilling, how fascinating that game was.  Finally, I'd found my place.  Proved my value.

But, a new man at the head of Scotland Yard sends Frey to Edinburgh as they fear another Jack the Ripper in Scotland.  He meets Detective Adolphus McGray and, to say they don't meet eye to eye is an understatement!  Frey thinks McGray's an idiot and McGray thinks he's a soft Southerner and proceeds to call him a lassie from then on.

Of course, they work well together, even though they are such opposite characters, to try and discover the perpetrator of several puzzling and gruesome murders, their exchanges were funny some of the time and some of McGray's contacts were dodgy most of the time.  With twists aplenty and a good strong plot featuring the occult, devil worship, a clairvoyant and an impossible puzzle, I really enjoyed this mystery and was constantly changing my mind as to who the murderer was.  I also loved the atmosphere of horror that the author conjured up.

I thought the book cover was perfect - it sums up the story very accurately to me.

I received an advance reading copy from Real Readers in exchange for an honest review. 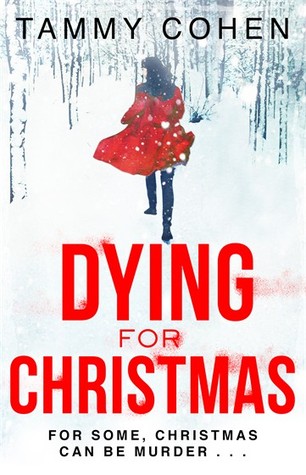 My Thoughts on this brilliant and chilling psychological thriller ......


DYING FOR CHRISTMAS
BY
TAMMY COHEN


I am missing. Held captive by a blue-eyed stranger. To mark the twelve days of Christmas, he gives me a gift every day, each more horrible than the last. The twelfth day is getting closer. After that, there'll be no more Christmas cheer for me. No mince pies, no carols. No way out .
But I have a secret. No-one has guessed it. Will you?


The book opens on Christmas Eve in a department store cafe on Oxford Street, narrated by Jessica, she begins to tell us how a stranger approaches her, he sits down, they get chatting and she then makes the worst decision of her life to go back to his flat with him.....this sets up the shocking events of the next 12 days of Christmas.

Dominic Lacey, the stranger, holds her prisoner in his flat where she is subject to acts of cruelty and mind games, and is given a beautifully wrapped but utterly creepy present every day.  Every time he gives her the gift she is told the story behind it, often chilling, and she dreads each one, not knowing what to expect.

Both Dominic and Jessica are outsiders in life, even her own brothers called her weird and last Christmas Jessica's parents bought her six sessions with a therapist!

Interspersed with Jessica's captivity, there is the story of Kim, the police officer assigned to the case of looking for the missing woman who has her own domestic problems.

I knew that Jessica had a secret, as the blurb tells us, but what it is is not revealed until part two where the story takes us in a whole different and totally unexpected direction. Brilliant!

This story had shocks, twists, secrets, revenge, all wonderfully written and I was hooked from beginning to end.  Dominic was your worst nightmare, he was a frightening figure, taking pleasure in Jessica's pain, sometimes I found it difficult to read but I couldn't stop, I just had to keep reading to find out how it all would all end for Jessica.

To say much more about the plot would spoil it, and I want readers to be as surprised as I was.  Yes, some of the story I did find a tad unbelievable, but, overall, for me, in the end that didn't matter.  This was a gripping, psychological thriller that kept me turning the pages.

Tammy Cohen is a writer that I shall be looking out for in the future.

My thanks to NetGalley for this ebook in exchange for an honest review.

Tammy Cohen (who was previously published under her formal name Tamar Cohen) is a freelance journalist. A late starter to fiction - and to other things besides - she has now written four novels:The Mistress's Revenge, The War of the Wives, Someone Else's Wedding, and The Broken. Now embarking on psychological suspense, Dying for Christmas, her Christmas chiller, is just published to wide acclaim. She lives in North London with her partner and three (nearly) grown children, plus one very badly behaved dog. Follow her on Twitter @MsTamarCohen