Today, I am delighted to be part of Keri Beevis's blog tour for her new book Dying to Tell thanks to publishers Bloodhound Books ... 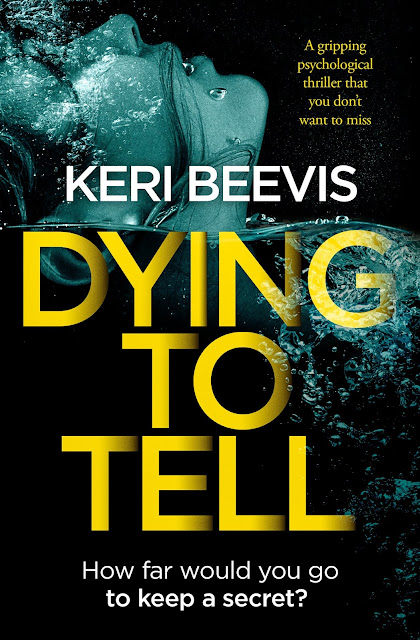 As the only survivor of a horrific car crash, Lila Amberson believes she is on the road to recovery after she is released from the hospital. Her memories of the accident are blurred though and a series of unsettling incidents leave her fearing for her safety. Does she have survivor's guilt or is something more sinister at play?
Jack Foley is reeling from the shock of losing his sister in the crash and when he first meets Lila, he lashes out, blaming her for Stephanie's death. But when Lila gives him a locket that she believes belonged to his sister, it presents more questions than answers.
As Lila and Jack work together to find out what really happened on the night of the accident, they are unaware that someone is watching them closely. Someone who has much to lose if the truth comes out, and someone who is prepared to do everything necessary to ensure all loose ends are taken care of.

In Dying to Tell the story centres around Lila Amberson, who survives a car crash with very little memory of what happened. Occasionally the odd flashback has her perplexed and scared and she feels she is being watched.
Jack, one of the victim's brothers, helps Lila to discover more about the crash, and in so doing assists him in his grief at losing his sister.  But many people have secrets that they do not want discovering and Jack and Lila have opened a door that doesn't want opening.
The story holds strong throughout with an imaginative plot, that leads us down different paths, there are no shortage of unlikeable suspects, with strong characters and vivid surroundings, at a steady pace.
Jack and Lila have their differences, which makes for interesting interactions between them, I enjoyed their constant toing and froing!
As the clues were dropped, I was glued to the pages, my mind going this way and that, with the tension gradually building up slowly.
Dying to Tell is an edge of the seat psychological thriller and I will look out for more novels by Keri Beevis. 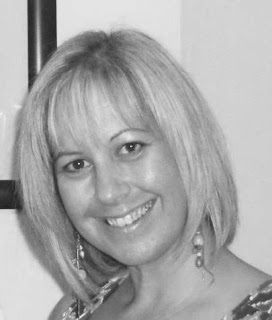 Keri Beevis wrote her first novel at age twenty, but it was a further twenty years before she was published after entering the Rethink Press New Novels Competition 2012. Her entry, Dead Letter Day, was a winner, earning her a publishing contract, and the book proved to be a minor hit, leading to a sequel, Dead Write. However it was Keri's third novel, standalone mystery thriller The Darkness Beneaththat gained her the most success, along with many new fans, both in the UK and the USA.

Born in the village of Old Catton, less than a mile from where Anna Sewell was living when she wrote Black Beauty, Keri had a passion for reading and writing from a young age, though her tastes veered more to the macabre.

Today she still lives in Norwich, along with her two naughty kitties, Ellie and Lola, and a plentiful supply of red wine (her writing fuel), where she writes a comedic lifestyle column for a local magazine. She loves Hitchcock movies, exploring creepy places, and gets extremely competitive in local pub quizzes. She is also a self-confessed klutz.

Keri’s previous books have all been US based and she is looking forward to the release of her first UK based novel, which is set in her beautiful home county of Norfolk. 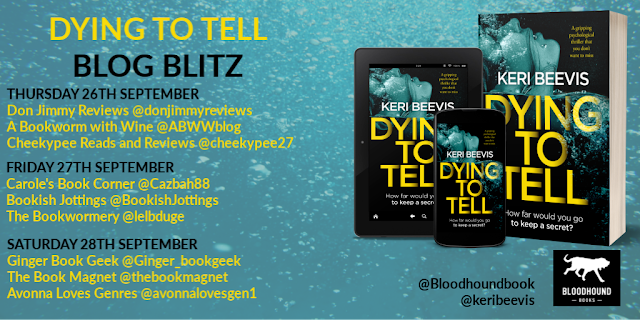 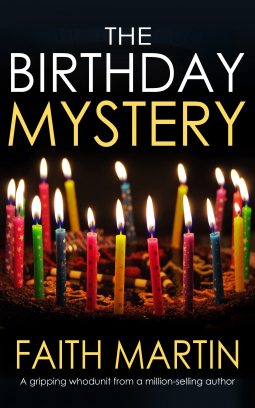 Discover a new series of whodunits by million-selling author Faith Martin. These classic-style mysteries will have you scratching your head to work out who the murderer is. Meet Jenny Starling: travelling cook and reluctant amateur detective.

Jenny Starling is catering the twenty-first birthday party of a pair of posh twins, Alicia and Justin. But when she arrives at their parent’s country house, she is immediately met by the police. A young man has drowned in the pond. Was it an accident or murder?
Then just after midnight everyone gathers for a champagne toast. But one of the guests falls down dead.
The police are baffled and there is a whole party full of suspects.
But when it comes to someone adding the extra ingredient of poison to her own precious recipes, Jenny isn't going to take it lying down. She has a reputation to protect. Jenny Starling won't stop until the murderer is found.

The Birthday Mystery is the first in a new series of cozy mysteries and features caterer Jenny Starling who travels around cooking for whoever employs her.

Arriving in her old red van, she is tasked with carrying out the catering for a wealthy family, who already have a murder in the grounds of their stately home, which is full of tension and strife.

When another murder is committed and her food is implicated, Jenny is determined to clear her name.

Jenny is likeable, she has a quick mind, a kind heart, and is perceptive.

This is an enjoyable, complex, but not complicated, mystery with several suspects, a good assortment of characters, some likeable, some disagreeable.

Although I enjoyed this story, my only gripe would be the many references to Jenny's size which got slightly tiresome after what felt like the hundredth time, such as this quote


Like many before him, Keith was beginning to suspect that this strange, large but sexy and deeply enigmatic woman saw a whole lot more than you wanted her to .......

Yes, Jenny is a buxom lady in her late 20's but do we really need reminding of this in every chapter!

However, I am always on the look out for more good new cozy mystery series and in Faith Martin's new series I think I've found another one to add to my favourites! 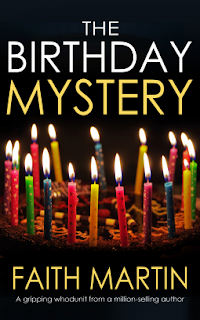