I've put together a list of some new book releases in February 2014 in the UK
Are you looking forward to any of them?
Do you have any of them to read?

Book Review: SEASON OF THE WITCH BY NATASHA MOSTERT 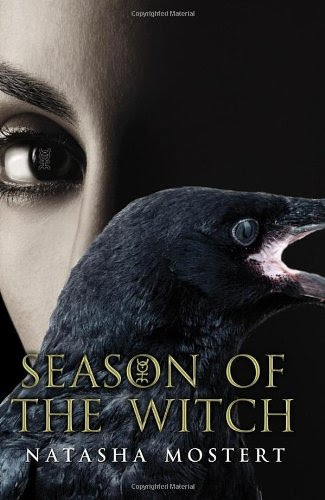 SEASON OF THE WITCH
BY
NATASHA MOSTERT

Gabriel Blackstone is a cool, hip, thoroughly twenty-first century Londoner with an unusual talent. A computer hacker by trade, he is also a remote viewer: able to ‘slam a ride’ through the minds of others. But he uses his gift only reluctantly -- until he is asked to find a young man last seen months earlier at Monk House, in the company of two mysterious women. Gabriel becomes increasingly bewitched by the house, and by its owners, the beautiful Monk sisters. But even as he falls in love, he suspects that one of them is a killer.

"The journey will test your sanity, and once you start walking down that road, there is no turning back.  You will start craving the rush.  One can become addicted to madness, you know.  Develop a taste for it."

Season of the Witch is a book that you either love or hate.  It's full of magic, mysticism, murder, mayhem, sexual tension and I loved it!
Gabriel is a remote viewer which means that he can see through people's eyes, see what they see, feel what they feel.  When he is asked to find his ex-girlfriend's stepson he discovers something that scares and fascinates him when he scans his mind - the young man is slowly being drowned in a pool after he's been through 'The House of a Million Doors'.
Gabriel's search takes him to an old rambling house called Monk House which has a swimming pool:

Monk House was the only Victorian house in an entire street of elegant Georgian buildings.  It sat bulkily on the corner: square, brooding and defiant in its otherness.  The brickwork was deep orange and there was more than a hint of Gothic in the pointed gable and the oriel window bulging from the house's flank.  It was late afternoon and the sun glinted redly off the tiny leaded panes, creating an impression that inside a fire was burning.

The inhabitants of this house were the two beautiful Monk sisters, solar witches, red-haired Minnaloushe, an academic in Maths and Philosophy, the thinker: dark-haired Morrighan, an environmentalist, an eco-warrior, the do-er.
As Gabriel gets drawn deeper into their world he is confronted with obsession, high magic, mystic symbols, the ancient Art of Memory, Memory Palaces, alchemy and the frightening 'House of a Million Doors' (where each different room is full of weird images such as hundreds of clocks, broken violins, carnivorous plants, a blind monk).  But what and where is it?  He hacks into their computer, reads a diary that is poetic, haunting and evocative, becoming captivated by the person behind the words, she was keeping him spellbound and bewitched -- but which sister is it writing the words?  And is she a killer?
I too was spellbound by Natasha Mostert's story, I found it compelling, moving, descriptive and one of the most unusual novels I've ever read.  It will stay with me for a long time.
For more information visit:
Natashamostert.com

RICK FROST AND THE ALASKAN ADVENTURE
BY
TODD BUSH

It was supposed to be an adventure in the wilds of Alaska, a test of manhood for all the boys signed up on the school trip. Instead it was nothing more than a long hike through some pretty trees. That is until Rick Frost and his friend Ben Nakni see a plane crash into the forest. A real adventure has just found them. The only survivors of the crash are Robert Blair and his daughter Alexis, who just happens to be the hottest teen actress in Hollywood.........but the crash was no accident.

"Alaska was everything Los Angeles was not.  In place of palm trees and ocean breezes, she saw only cold, pine and rock.  Miles of trees and mountains stretched across the horizon.  It was like an artist was stuck with green, brown, blue and white as his only colours and decided to go nuts with them.  No lattes, no cell signal, no texts from friends."

Rick Frost and the Alaskan Adventure is the first in a new series of adventure books featuring likeable 14 year old Rick Frost and I thought it was a terrific debut novel.  The story centres on why and who would want to kill a 16 year old Hollywood actress by shooting down her plane and hunting her.  Rick and his friend Ben save the life of the ungrateful and spoilt Alexis and travel deep into the Alaskan wilderness while a team of mercenaries with automatic weapons pursue them.

Thanks to Rick's knowledge of the terrain they try to outwit them while Alexis annoys him teasing him about being so young and constantly moaning about having no food while climbing up and down hills.  Their bickering and put-downs were a fun element to the storyline and I enjoyed following their relationship almost as much as their adventures!

This is a thrilling read which I was engrossed in throughout.  It was full of great characters, who were easy to relate to, exciting encounters from native Inuits to an angry bear and almost non-stop action.

I'm sure this would appeal to young girls who would love Rick's handsome looks and boys would love to be him.

Source:  From the Author

Book Review: A GIFT TO REMEMBER BY MELISSA HILL 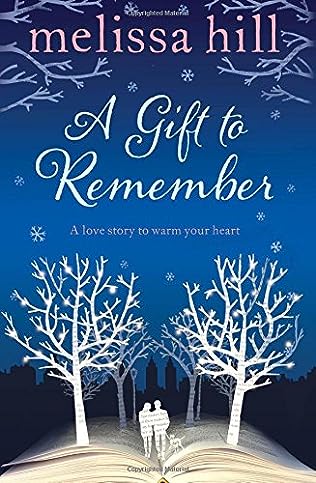 A GIFT TO REMEMBER
BY
MELISSA HILL

About the Book:
Darcy Archer works in a small bookstore in Manhattan. A daydream believer, she refuses to settle for anything less than being swept off her feet by the perfect man… literally. One day, when cycling to work, Darcy accidentally crashes into a sharply dressed gentleman walking his dog. He is knocked out cold, rushed to hospital and the poor pup gets left behind. Wracked with guilt, Darcy takes the dog and makes plans to reunite him with owner, Aiden. As she discovers the mysterious stranger's world of books, travel, adventure and all the wonderful things she's ever dreamt about, Darcy builds a picture of this man and wonders if he could be THE ONE… But does fantasy match reality? What happens when Prince Charming wakes up? Will Aiden be the happy ever after she's always imagined?
I absolutely loved this book and was instantly captivated as soon as I started reading.

Darcy, 33, was orphaned at 12 and brought up in Brooklyn by her aunt Katherine who runs a successful corporate events business.  She moved to Manhatten when just a teenager and now is the manager of Chaucer's an independent bookstore.  She is at her happiest with her nose in a book and dreams of being swept off her feet by her fictional lovers and is constantly exasperated with her aunt's never-ending quest to match her up with any suitable eligible batchelors!
Teased by her work colleagues who tell that "No flesh and blood man could ever live up to those fictional heroes you're so crazy about" and Darcy couldn't disagree with them.

So when her and Aiden Harris's worlds collide, her imagination runs away with her as she finds pictures of him skydiving, scuba diving, skiing after searching his home for something to jog his memory..........


Darcy sighed at the sheer perfection of it all: this amazing house with its coveted Upper West Side address, top of the range furnishing and rare paintings, the beautiful companion and evidently, the means to travel to the most exciting destinations in the world.  The guy seemed to have it all - things most people could only dare to dream about.  A truly wonderful life.  Who in the world was Aiden Harris?

Darcy's investigations take her to the cream of New York society, meeting people and going to places she would never envisage, while finding new friends closer to home.

What I enjoyed most about this book were the chapters in which Aiden speaks in the lst person.  We find out that in the weeks leading up to the accident he is desperately looking to buy a special gift, but we don't know what it is or what it's for.  The author tells us just enough to keep us guessing about who Aiden really is...if he's so rich why does he have a subway card in his wallet?


Source:  Received from the publishers in exchange for an honest, unbiased review

Darcy Archer works in a small bookstore in Manhattan. A daydream believer, she refuses to settle for anything less than being swept off her feet by the perfect man… literally.
One day, when cycling to work, Darcy accidentally crashes into a sharply dressed gentleman walking his dog. He is knocked out cold, rushed to hospital and the poor pup gets left behind.
Wracked with guilt, Darcy takes the dog and makes plans to reunite him with owner, Aidan. As she discovers the mysterious stranger's world of books, travel, adventure and all the wonderful things she's ever dreamt about, Darcy builds a picture of this man and wonders if he could be THE ONE…
But does fantasy match reality? What happens when Prince Charming wakes up? Will Aidan be the happy ever after she's always imagined? - See more at: http://books.simonandschuster.co.uk/Gift-to-Remember/Melissa-Hill/9781471127618#sthash.iTkRBrLc.dpuf
No comments:

I've put together a list of some new book releases in January 2014 in the UK
Are you looking forward to any of them?
Do you have any of them to read?
I have The Silversmith's Wife by Sophia Tobin on my bookshelf to be read