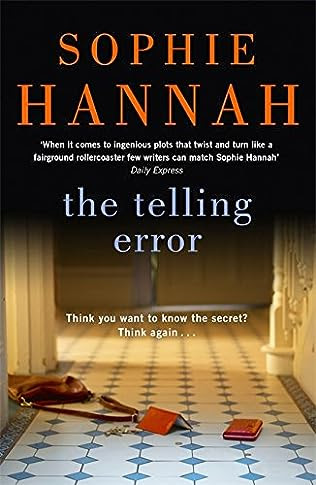 My Thoughts on this ingenious psychological thriller .....

Stuck in a traffic jam, Nicki Clements sees a face she hoped never to see again. It's definitely him, the same police officer, stopping each car on Elmhirst Road. Keen to avoid him, Nicki does a U-turn and makes a panicky escape. Or so she thinks. The next day, Nicki is pulled in for questioning in connection with the murder of Damon Blundy, controversial newspaper columnist and resident of Elmhirst Road. Nicki can't answer any of the questions detectives fire at her. She has no idea why the killer used a knife in such a peculiar way, or why 'HE IS NO LESS DEAD' was painted on Blundy's study wall. And she can't explain why she avoided Elmhirst Road that day without revealing the secret that could ruin her life. Because although Nicki is not guilty of murder, she is far from innocent ...

Nicki is an anxious person, an anxious mother, a liar and she has a secret which makes her do stupid things.

When a local newspaper columnist is murdered Nicki is under suspicion as she's spotted on CCTV cameras passing his house several times during that day.  Even though she's totally innocent she lies to the police about her reasons for travelling and the more she lies the bigger the hole she's digging for herself.

Interspersed with her story are recent comments made by the controversial journalist, Damon Blundy, which I found long winded and boring.

I was glad when the story went back to Nicki and her life, she has an addiction, she enjoys the excitement, the thrill of nearly getting caught, she thinks "being bad and getting away with it: there's no feeling like it."

The journalist had many enemies, his column was very popular, he was very opinionated.
Which one of them loathed him enough to murder him is the problem facing the Culver Valley police including the two detectives from previous novels, Sergeant Charlie Zailer and DC Simon Waterhouse who are now married and I do find their relationship weird, I'm not sure if I like them.

There is a lot going on in this thriller ...... who killed Damon Blundy, the journalist, and why kill him in such a strange way, what are the secrets that Nicki doesn't want anyone to find out, why is she on such bad terms with her mother and brother, is there someone following her?

I enjoyed this story overall, it was full of twists and turns, I didn't guess whodunnit, though I thought there were too many coincidences in the end.

*****
The Telling Error is available from AmazonUK - Amazon.com - Book Depository


by Jo A Hiestand 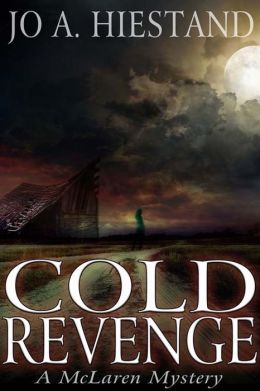 One year ago, Marta Hughes won a purse-choking sum of money at a local casino. She never returned home. Her body was discovered in a ditch twelve miles from her home; her car was back in her driveway. Linnet Isherwood cannot let her friend's unsolved murder rest. She convinces ex-cop Michael McLaren to return to the work he loves. He sifts through a confusing web of lies, misconceptions and veiled motives. Are anonymous late-night phone calls, a vanished hitchhiker, and a stalker wielding empty beer bottles somehow related to the case? Or maybe the woman he broke off with is seeking revenge.

He brought the photo closer so he could stare at the woman. She appeared to be in her mid-forties, a brunette with hazel eyes that looked amusingly at the photographer. She came up to her husband’s chin. The husband was a graying brunet and while her son had inherited her eye color, he was blond. McLaren had no time to comment on this.
Linnet said, “The others…” She leaned forward, her left arm bent and supporting her, and tapped each photo as she mentioned their names. “The group shot is Marta, her boss, and the vet for the shelter. This…” She skipped over the others in the photograph and pointed to the woman to the extreme left. “That’s Verity Dwyer.”
“The wrongly suspected coworker.” The woman in the photo had auburn hair that shone in the sunlight; her blue eyes smiled at him.
Linnet nodded. “Yes. Suspected of killing Marta, though that wasn’t proved. But she was convicted of stealing money from the shelter. She’s three months into her sentence. She was… Oh, it’s extremely involved.”
“I’ve got more time than money. Tell me.” 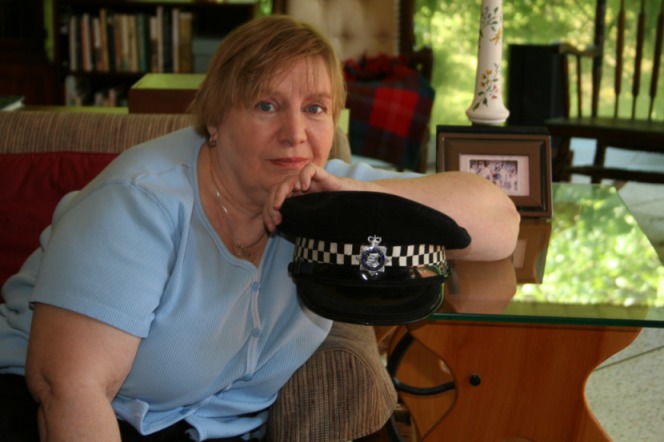 A true Anglophile, Jo Hiestand wanted to capture the traditional flavor of a detective crime novel and the intimate atmosphere of a British cozy. The result is the McLaren Case mystery series featuring ex-police detective Michael McLaren who now investigates cold cases on his own.
Jo has combined her love of writing, board games and music by co-inventing P.I.R.A.T.E.S., the mystery-solving game that uses maps, graphics, song lyrics, and other clues to lead the players to the lost treasure.
In 2001 she graduated from Webster University with a BA degree in English and departmental honors.
Peter Lovesey, author of the Sergeant Cribb and Peter Diamond series, praises Jo’s writing: “Immaculate research, attention to detail and an elegant style are the hallmarks of Jo Hiestand’s writing. (Horns of a Dilemma is) an atmospheric novel.”
Jo founded the Greater St. Louis Chapter of Sisters in Crime, serving as its first president. She is also a member of Mystery Writers of America.

This is a giveaway hosted by Partners In Crime Virtual Book Tours for Jo A Hiestand. To win you must be a US resident and be able to provide a US mailing address within 24 hours of receiving an emailing notification of winning. The giveaway begins on Aug 3rd, 2015 and runs through Aug 15th, 2015.
a Rafflecopter giveaway