Philip Pullman disappointed over film prospects of His Dark Materials 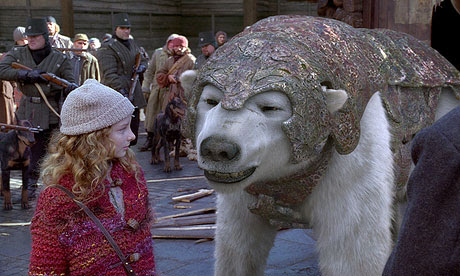 Once more, with feeling? … A scene from The Golden Compass

The author Philip Pullman has spoken of his disappointment over the failure of Hollywood to complete the film trilogy of his series of fantasy novels, His Dark Materials.

The actor Sam Elliott, who starred in the 2007 adaptation of the first novel, Northern Lights (the film was called The Golden Compass), said earlier this week that books two and three were not being filmed due to a successful campaign by America's religious right. The Golden Compass grossed more than £230m around the world, but was less successful in America, where the Catholic League for Religious and Civil Rights called for a boycott on the grounds that Pullman's books introduced children to atheism.

Pullman, 63, told the Western Mail: "If Sam is right then I am very disappointed because it obviously would have been very good to have seen the other two films made."

Catholic League leader Bill Donahue has said he is "delighted" by the effectiveness of his religious boycott – "I knew if we could hurt the box office receipts here, it might put the brakes on the next movie."

Pullman said of Donahue's triumphalism: "It's disgusting, but only the sort of behaviour I expect of these people. It's rubbish [that the Golden Compass introduces children to atheism]."

He added that he was particularly disappointed because the film adaptation of Northern Lights finished about three quarters of the way into the book. "So there were a number of very important scenes that were shot and were very good, but we didn't see them in the film.

"Their justification was that they were going to use the scenes they'd shot, but at the start of the second film. It sort of made sense, but if what Sam Elliott says is true we won't see those scenes."

The failure to complete His Dark Materials, which would have continued with The Subtle Knife and finished with The Amber Spyglass, echoes the travails of film-maker Ralph Bakshi, who completed the first film in his two-part Lord of the Rings adaptation in 1978, but failed to find funding for the sequel due to poor box office receipts. The series was later completed - in three films - by Peter Jackson.