Today is my stop on the Lying in Wait blog tour.  Below is my review and I'm really pleased to say that author Liz Nugent has written a piece especially for my blog about living in the 1980's and why she has set Lying in Wait in that era.....it's a fascinating insight to that time.

Andrew and Lydia Fitzsimons, a respected judge and his reclusive wife, find themselves in a most unfortunate situation - they have had to murder a young woman and bury her in their exquisite garden.
While Lydia does all she can to protect their innocent son Laurence and their social standing, her husband begins to fall apart.
But Laurence is not as naive as Lydia thinks.  And his obsession with the dead girl's family may be the undoing of his own. 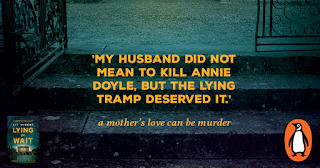 I always think that the first words in a novel should hook you and make you want to carry on reading ...... the words above definitely did that! I was well and truly hooked from then on and I could hardly put the book down until the very end.

The story is told in alternate chapters by the main characters of judge's wife Lydia, her son Laurence and the dead girl's sister Karen during the 1980's.  Lydia is a character that I won't easily forget, she's manipulative, selfish, dishonest, cruel and a snob.  She has no redeeming features except for the obsessive love she has for her one and only son who she utterly smothers and dominates.  She controlled him in ways that he didn't know.

Laurence was an interesting young man, as time goes on we see him develop from an obese, immature, shy and awkward adolescent into a handsome, confident and likeable person but he becomes obsessed with knowing what happened to the dead girl and her family.

Right from the beginning we know who killed the young girl but not why.  It was chilling reading. As the story develops we gain an understanding of why and the ripples it created around all the other characters lives.

A compelling, well-written story of obsession .... in an interview Liz Nugent said she hoped that readers would feel shocked and exhilarated at the end and would want them to recommend it to all their friends ..... I couldn't agree more! 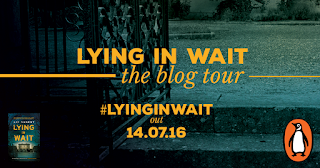 I am delighted that Liz Nugent has written a piece especially for my blog on life in the 1980's. 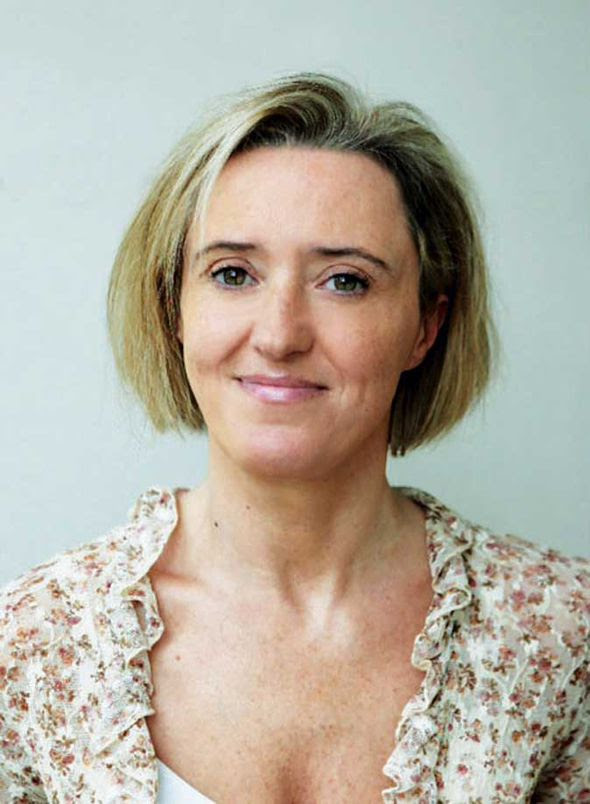 
I turned twelve years old in 1980. In my family, there was little or no censorship, so news stories of the day were discussed openly. I have four older siblings so maybe I heard things that I couldn’t fully understand at the time, but there were several quite shocking scandals in Ireland within that decade that rocked the country. Two of these stories in particular influenced the writing of Lying in Wait, and my first novel, Unravelling Oliver.

In 1981, a man with quite an aristocratic background, Malcolm MacArthur*, bludgeoned to death a young nurse who was sunbathing in a park, stole her car and later shot dead a farmer with a gun he was pretending to buy from the farmer. While the manhunt was going on for the killer, MacArthur attended football matches and chatted casually to the Irish Police Commissioner and the Taoiseach (Prime Minister). When he was eventually caught, he was found hiding out in the home of the Attorney General who was away on holidays at the time.

My parents knew people who had met MacArthur and their total incredulity that an upper class man who moved in such high circles could have been involved in two murders was palpable. When I began to write Unravelling Oliver and then Lying in Wait, I knew that my protagonists would be middle class, hiding in plain sight.

In January 1984, a fifteen-year-old girl, Ann Lovett, left school as normal and went to a holy grotto where she gave birth alone. There were complications and the baby died. She and her already dead child were discovered by other school children. By the time an ambulance arrived, it was too late and Ann also died. The entire community including the nuns who had been her teachers denied any knowledge of the pregnancy. It was inconceivable that this little girl felt there was nobody who could help her. Rumours abounded as to the identity of the baby’s father, but nobody ever came forward. A number of years later, Ann’s sister committed suicide.
I was just a few months older than Ann Lovett, and I knew at the time that the greatest shame you could bring on your family was to become pregnant outside marriage. It was almost unthinkable that a teenage schoolgirl could get pregnant. The unfortunate girls in this situation were usually hidden away in Catholic institutions until they gave birth, working in laundries to earn their keep. Their babies were then adopted or sold abroad and the young mothers were often incarcerated until they agreed to sign the adoption papers. They were told they were dirty, unworthy and that God would never forgive them for their sins.
Annie Doyle, the murder victim in Lying in Wait is based on a character like this. After such a horrific experience, she has little or no self-worth and this lack of belief in her own goodness later leads her down a dangerous path.

Also, in those early 1980s, on the international scene, the superpowers were stockpiling nuclear weapons, the IRA was bombing innocents in the UK, John Lennon was murdered and both the Pope and US President Ronald Reagan survived assassination attempts.
There was a general feeling of insecurity, as if nobody could really be safe. I hope that I have managed to convey that sense of unease in Lying in Wait. It is certainly how I felt at the time as a young teenager. I was pretty much scared the whole time!

*John Banville’s excellent Booker Prize winning The Book of Evidence was based on this case. I went to see John Banville speak at a literary festival in 2014 and saw Malcolm MacArthur in the audience. He was released after thirty years in prison in 2012. He didn’t seem particularly bothered about being recognised and gave me a nod of acknowledgement. Creepy.

Many thanks, Carole, for taking part in this blog tour and for provoking this trip down memory lane!


Thank you Liz for such an interesting, if chilling, insight. 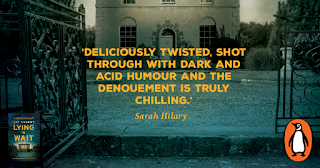 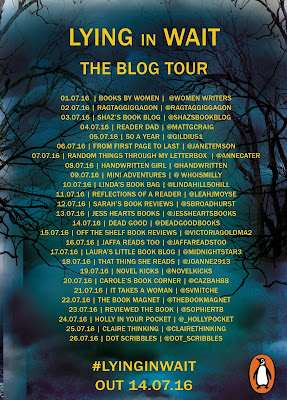