Today, I am excited to be part of Alexandra Walsh's blog tour for her new book The Catherine Howard Conspiracy, thanks to publishers Sapere Books ..... check out my review below .... and I also have a fantastic giveaway to win one of 3 ebooks! 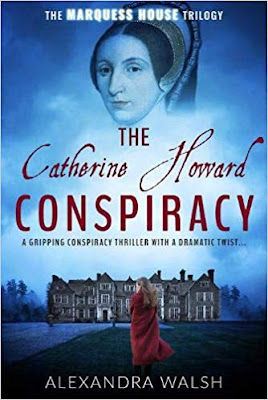 What secrets were covered up at the court of Henry VIII …?

Whitehall Palace, England, 1539
When Catherine Howard arrives at the court of King Henry VIII to be a maid of honour in the household of the new queen, Anne of Cleves, she has no idea of the fate that awaits her.
Catching the king’s fancy, she finds herself caught up in her uncle’s ambition to get a Howard heir to the throne.
Terrified by the ageing king after the fate that befell her cousin, Anne Boleyn, Catherine begins to fear for her life…
Pembrokeshire, Wales, 2018
Dr Perdita Rivers receives news of the death of her estranged grandmother, renowned Tudor historian Mary Fitzroy.
Mary inexplicably cut all contact with Perdita and her twin sister, Piper, but she has left them Marquess House, her vast estate in Pembrokeshire.
Perdita sets out to unravel their grandmother’s motives for abandoning them, and is drawn into the mystery of an ancient document in the archives of Marquess House, a collection of letters and diaries claiming the records of Catherine Howard’s execution were falsified…
What truths are hiding in Marquess House? What really happened to Catherine Howard?
And how was Perdita’s grandmother connected to it all?
The Catherine Howard Conspiracy is the first book in the Marquess House trilogy, a dual timeline conspiracy thriller with a twist on a well-known period of Tudor history. 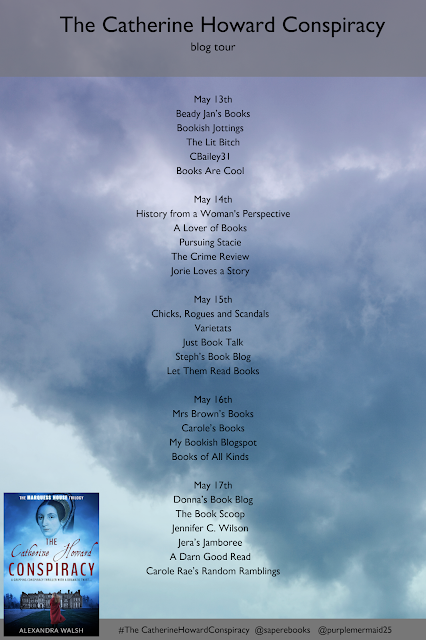 The story opens in 1542 as twins are being born, we don't know who they are or who is giving birth but this is quite a dramatic opening and sets the scene for what is to come.

Forward to 2018 and we meet Dr. Perdita Rivers, an archaeologist who specialises in jewellery.  After being informed that her grandmother, an eminent historian, has just died, she travels to her home, Marquess House, and is astonished to learn that she and her twin sister have inherited a huge estate and a vast fortune.  But their grandmother and their father fell out years ago and they've never seen her since they were little girls, so why does she leave them everything?

One of many mysteries in this fascinating and very readable novel.

We go back and forth in time over the course of the book, and I found the conspiracy theory incredibly thought-provoking, as Perdita looks through her grandmother's historical research and discovers some amazing details, some of which turns history on its head!  Not least that Catherine was not the promiscuous child that so many biographers had painted her.

Catherine Howard was a puppet to her uncle, to be used in order to help him achieve his own plans and ambitions.

Full of scandal and lies, intriguing, spell-binding, well-researched with many characters, very atmospheric with so many different strands, I enjoyed the historical element, how the ladies in court reacted to their predicaments and the manipulations around them.

An interesting start to a new and different historical series. 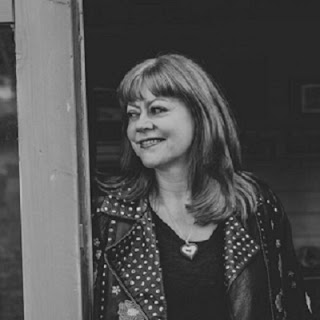 From tales spun for her teddies when she was a child
(usually about mermaids) to film scripts, plays and
novels, Alexandra Walsh has always been a storyteller.
Words are her world. For over 25 years, she has been
a journalist writing for a wide range of publications
including national newspapers and glossy magazines.
She spent some years working in the British film
industry, as well as in television and radio:
researching, advising, occasionally presenting and
always writing.
Books dominate Alexandra’s life. She reads endlessly
and tends to become a bit panicky if her next three
books are not lined up and waiting. Characters,
places, imagery all stay with her and even now she
finds it difficult to pass an old wardrobe without
checking it for a door to Narnia. As for her magical
letter when she was 11, she can only assume her cat
caught the owl!
Alexandra’s other passion is history, particularly the
untold tales of women. Whether they were queens or
paupers, their voices resonate with their stories, not
only about their own lives but about ours, too. The
women of the Tudor court have inspired her novels.
Researching and writing The Marquess House Trilogy
(Book One: The Catherine Howard Conspiracy) has
brought together her love of history, mysteries and
story telling.
Website: http://www.alexandrawalsh.com/
Twitter: https://twitter.com/purplemermaid25?lang=en

Thanks to publishers, Sapere, I have a fabulous
Giveaway to win one of three ebooks of The
Catherine Howard Conspiracy


If you're not lucky enough to win a copy of The Catherine Howard Conspiracy it is now available to buy from
Amazon UK
Amazon US
BookDepository.com


*Disclaimer* If you buy a book through the above links I receive a few pennies from Amazon UK and BookDepository.com affiliates which goes towards the postage for book giveaways