Today on the Book Blog Tour, I'm excited to be bringing you a brilliant guest post for The Legacy by Alison Knight in which she talks about how life was back in the sixties, when The Legacy is set.  Alison was a child in the sixties and a teenager in the seventies - I can relate to that at I was exactly the same!  Read it and be amazed - how did we manage without the internet and cash machines back then! 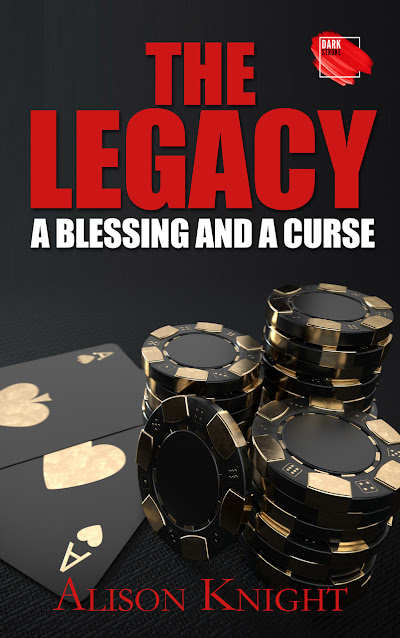 An unexpected inheritance. A web of deceit. A desperate escape.

James has his dreams of an easy life shattered when his aunt disinherits him, leaving her fortune to her god-daughter, Charlotte. He turns to his friend, Percy, to help him reclaim his inheritance – and to pay off his creditors. But when their plans backfire, James becomes the pawn of Percy and his criminal associates.

Charlotte is stunned when she is told of her windfall. After an attempt at cheating her out of her inheritance fails, James tries to intimidate her. But she is stronger than he thinks, having secrets of her own to guard, and sends him away with a bloody nose and no choice but to retreat for now.

Resigned, James and his spoilt, pampered girlfriend, Fliss, Percy’s sister, travel across France on a mission that promises to free James from the criminals for good. But James isn’t convinced he can trust Fliss, so he makes his own plans to start a new life.

Will James be able to get away, or will his past catch up with him? Will Charlotte’s secrets turn the legacy into a curse?

In this age of Covid, I have been discussing with other writers whether we should include references to the pandemic in our contemporary stories. One of my colleagues has been asked by her publishers to reference it and the changes society faces after lockdown in her next book. But on the whole, I get the impression that my writer friends would prefer to write about a pre-pandemic, Covid-free world.

A child of the sixties

It isn’t an issue for me at the moment as my latest two books, Mine and The Legacy, are set in the late 1960s and my work in progress takes place in the early 1970s. So there is no quarantine, no lock-down and it’s business as usual. But ‘business as usual’ was very different in the sixties and seventies, so much so that some publishers and readers regard stories set in those decades as historical fiction.

I was a child in the sixties and a teenager in the seventies. Life was very different then in terms of available technology, sexual politics and economic freedom. People were expected to ‘know their place,’ as referenced in a famous sketch staring John Cleese and the Two Ronnies. If you don’t know what I’m talking about, you can watch the sketch here: https://www.youtube.com/watch?v=ppv97S3ih14.

The times they are a’changing

One of the dangers of writing about the past, however recent, is that things change so quickly. Even contemporary writers have to be careful with cultural references as these can easily date a story. The most popular slang phrases today will be regarded as behind the times tomorrow. And there are examples of time-inappropriate gaffs in both books and movies – like when one of the cast of that great historical epic Ben Hur was spotted wearing a wristwatch. Many a writer has been caught out by feeding their characters foods or drinks that weren’t available in the time the story was set.

Mobile phones and all that

Writing stories set fifty years ago is both fun and fraught with danger. My editor questioned me when I had a character in 1968 using a car phone. This was unusual, but the character was a chauffeur to a company director and the radio phone fixed to the dashboard was the latest technology (but only if you could afford it). Unlike today’s instant communications, anyone with one of these phones had to contact a radio operator to forward their call to whoever they wanted to speak to. The signal would be lost in areas of high-rise buildings or in tunnels. How do I know this? My father was that chauffeur and we used to use the car phone to call my grandparents to let them know we were coming to see them. They always had the kettle boiling by the time we arrived.

Has Wimbledon always been that green?

Apart from this unusual piece of 1960s technology, I have to make sure my stories take into account that not everyone had a car, or even a house phone. I didn’t see my first colour television until 1969. The first programme I saw on it was a Wimbledon tennis match. I was startled by how green it looked! Television was very limited – with only three channels and programmes finished at the end of the evening, to be replaced with the test card. This was a grid on various shades of black, white and grey with the image of a little girl playing noughts and crosses on a blackboard with a toy clown looking on.

There’s a man on the moon!

My latest book, The Legacy, is set in London and France in 1969. The main female character is Charlotte, a primary school teacher. It is the summer term and she is about to get her pupils working a new topic – the first moon landing. Although I don’t go into detail about it, I felt it was important to reference this event as those of us who witnessed it knew that the whole world stopped and watched this amazing feat. To ignore it would mean that my story lacked authenticity.

So, what else did I need to remember about life in the sixties? Well, we were still a nation of tea-drinkers, but instant coffee was becoming popular. A 1960s version of a cappuccino was called a frothy coffee. People didn’t have plastic bank cards. The first ATM appeared in Britain in 1967 (and you had to use a radio-active cheque to withdraw a maximum of £10). Working-class people were paid weekly in cash. Girls wore mini-skirts and had pixie cuts, bobs or back-combed hair while their mothers had weekly shampoo and sets and perms. The Beatles, Rolling Stones, The Hollies and The Animals dominated the charts, alongside our mothers’ favourites, Frank Sinatra and Jim Reeves.

There were no computers, mobile phones or video games. Our parents grew up with war-time rationing and would not tolerate food waste. There were fewer cars and more buses, and policemen walked their beats each day.

Let me Google that

I do a lot of my research about the sixties on the internet, but my characters didn’t have the option to do that. If they wanted information, they had to check encyclopaedias or go to the library. Telephone directories gave phone numbers and addresses (little or no data protection in those days!). Travellers had to use maps to find their way around.

The danger of writing stories set in your lifetime is that the decades can merge together in your memory. I have to check each point to make sure my story is authentic to its time. If I get it wrong, I’m sure my readers will let me know! 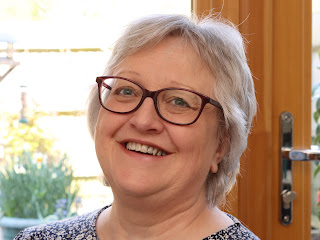 Alison has been a legal executive, a registered childminder, a professional fund-raiser and a teacher. She has travelled the world – from spending a year as an exchange student in the US in the 1970s and trekking the Great Wall of China to celebrate her fortieth year and lots of other interesting places in between.

In her mid-forties Alison went to university part-time and gained a first-class degree in Creative Writing at Bath Spa University and an MA in the same subject from Oxford Brookes University, both while still working full-time. Her first book was published a year after she completed her master’s degree.

The Legacy is a drama set in 1960s London. Like her previous book, Mine, it explores themes of class, ambition and sexual politics, showing how ordinary people can make choices that lead them into extraordinary situations.

Alison teaches creative and life-writing, runs workshops and retreats with Imagine Creative Writing Workshops(www.imaginecreativewriting.co.uk) as well as working as a freelance editor. She is a member of the Society of Authors and the Romantic Novelists’ Association.

She lives in Somerset, within sight of Glastonbury Tor. 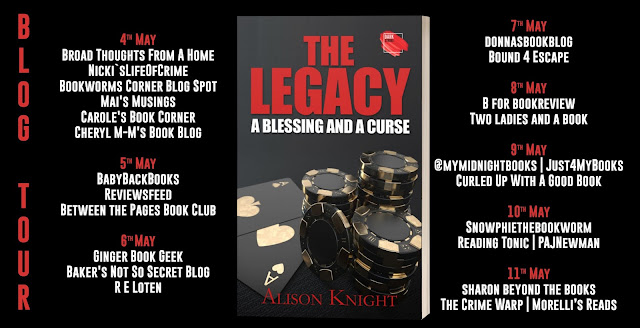