Some New Books Published in June 2012

The month of June is full of some fabulous titles - here is just a small selection - let me know what you think of them!

Deirdre Griffin is personal assistant to her charismatic, high-maintenance, New Age guru brother when a former boyfriend informs her that he's marrying another woman.

Drowning her sorrows in vodka, she taps into her brother's massive Internet following to get herself voted on as a last-minute replacement on "Dancing with the Stars" and finally her own fifteen minutes of fame have begun.

Clare Burke's life took a devastating turn when she tried to protect her sister, Anne, from an abusive and controlling husband and ended up serving prison time for assault. The verdict largely hinged on Anne's defense of her spouse - all lies - and the sisters have been estranged ever since. Nearly twenty years later, Clare is living a quiet life in Manhattan as an urban birder and nature blogger, when her niece, Grit, turns up on her doorstep.

The two long for a relationship with each other, but they'll have to dig deep into their family's difficult past in order to build one. Together they face the wounds inflicted by Anne and find in their new connection a place of healing. When Clare begins to suspect her sister might be in New York, she and her niece hold out hope for a long-awaited reunion with her.

A riveting story about women and the primal, tangled family ties that bind them together.

From the author of the internationally bestselling The Blood of Flowers comes a compulsively readable and gorgeously crafted tale of power, loyalty, intrigue, and love in the royal court of 16th Century Iran.

Iran in 1576 is a place of peace, wealth, and dazzling beauty. But when the Shah dies without having named an heir, the court is thrown into tumult. Princess Pari, the Shah's daughter and closest advisor, knows more about the inner workings of the state than almost anyone, but the princess's maneuvers to instill order after her father's sudden death incite resentment and dissent. Pari and her trusted servant, a eunuch able to navigate the harem as well as the world beyond the palace walls, are in possession of an incredible tapestry of secrets and information that reveals a power struggle of epic proportions.

Based loosely on the life of Princess Pari Khan Khanoom, Equal of the Sun is a riveting story of political intrigue and a moving portrait of an unlikely friendship between a princess and a eunuch.

Anita Amirrezvani is a master storyteller and in her lustrous prose this rich and labyrinthine world comes to vivid life with a stunning cast of characters, passionate and brave men and women who defy or embrace their destiny in a Machiavellian game played by those who lust for power and will do anything to attain it.

Late night on a notorious high-rise estate in Hackney and a white van is being driven erratically. The driver is pulled over by the police and questioned. A woman on the street after a long evening's drinking...She never makes it home. A suspect...an arrest...a confession...A case done and dusted? Five years earlier, a 13-year-old girl disappeared in broad daylight on a busy London street. DCS James Langton headed the investigation; the case was never closed. It has haunted him ever since. And now comes another confession, to this murder, and to one more besides. Too good to be true? DCI Anna Travis, pulled into the fray, isn't so sure. Then the suspect changes his story...

Meet Nellie Welche - companion to royalty and keeper of secrets ... Nellie Welche is the daughter of a high-ranking steward in the household of Prinnie, Prince of Wales.
In 1788, at the age of twelve, she's proposed as a suitably humble companion to Princess Sophia, one of George III's enormous brood of children. Nellie and Sofy become friends for life. From the first rumblings of revolution in France to the exciting, modern times of gas light and steam trains, from poor mad George to safe and steady Victoria, Nellie is the sharp-penned narrator of a changing world and the unchanging, cloistered lives of Princess Sofy and her sisters. Nellie proves to be more a hawk-eyed witness than a Humble Companion, as her memoir lifts the lid on the House of Hanover's secrets and lies.

'It's a perfect book for a sunny day in the garden ... Laurie Graham takes us once again into places we never thought we'd get to - and no matter how wonderful or horrible the people there are, they're always really touching and funny' Paul Magrs.

Something is wrong in Niceville. . .
A boy literally disappears from Main Street.  A security camera captures the moment of his instant, inexplicable vanishing. An audacious bank robbery goes seriously wrong: four cops are gunned down; a TV news helicopter is shot and spins crazily out of the sky, triggering a disastrous cascade of events that ricochet across twenty different lives over the course of just thirty-six hours.
Nick Kavanaugh, a cop with a dark side, investigates. Soon he and his wife, Kate, a distinguished lawyer from an old Niceville family, find themselves struggling to make sense not only of the disappearance and the robbery but also of a shadow world, where time has a different rhythm and where justice is elusive.
. . .Something is wrong in Niceville, where evil lives far longer than men do.
Compulsively readable, and populated with characters who leap off the page, Niceville will draw you in, excite you, amaze you, horrify you, and, when it finally lets you go, make you sorry you have to leave.


“Terrific dialogue, oddball characters, and a wild story make this a great read.” —Elmore Leonard, author of Get Shorty and Out of Sight

"A compelling work that grabs your attention from page one." —Karin Slaughter 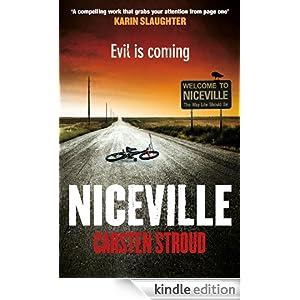 Sara Rath returns to the setting of her first novel, Star Lake Saloon and Housekeeping Cottages (2005), for her pleasant third novel.
Soon after recently widowed Natalie Waters Lindquist arrives at her family cabin in rural northern Wisconsin, an attack on her beloved dog, Molly, places her at the center of rising local tensions over hunting and conservation. After being roped by feisty Ginger Kovalcik into a hunt for a gangster’s lost treasure, Natalie’s summer is further complicated by the unexpected arrival of her troubled granddaughter, Minnow.
Romantic possibilities emerge in hunky but secretive Bud Foster and handsome ecologist Will Davis. But a more compelling passion is Natalie’s fierce devotion to her family’s old home. Adventure takes Natalie and her eccentric companions from a roadkill picnic to a notorious gangster hideout, from a pristine morning lake to a rowdy bar called the Last Resort. The result is an affectionate portrait of this distinct region and its quirky inhabitants. 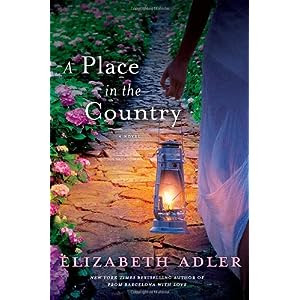 Caroline Evans is a single mom trying to raise her fifteen-year-old daughter, Issy, as best she can. Her ex-husband, James, was a philandering charmer, and a wealthy one at that. Their life had been lavish, but Caroline couldn't put up with his cheating and left him, taking Issy with her. And Issy has never forgiven her for this.
Now, they live in the countryside outside London, where Caroline has built a modestly successful catering business, and Issy is now at an all-girls boarding school. Things are beginning to feel normal. But when James mysteriously appears on her doorstep one night and then vanishes soon after, Caroline feels her world being turned upside down once again. Delving into a world of high-stakes finance she knows little about, Caroline and Issy must find a wary peace, and solve a murder. And Caroline also finds herself guarding a wounded heart against yet another man who seems determined to win her over.
With trademark twists and turns and memorable characters, Elizabeth Adler delivers another summer getaway novel that will leave you gasping for more.

From a debut novelist, a gripping historical thriller and rousing love story set in seventeenth-century Manhattan

It's 1663 in the tiny, hardscrabble Dutch colony of New Amsterdam, now present-day southern Manhattan. Orphan children are going missing, and among those looking into the mysterious state of affairs are a quick-witted twenty-two-year-old trader, Blandine von Couvering, herself an orphan, and a dashing British spy named Edward Drummond.

Suspects abound, including the governor's wealthy nephew, a green-eyed aristocrat with decadent tastes; an Algonquin trapper who may be possessed by a demon that turns people into cannibals; and the colony's own corrupt and conflicted orphanmaster. Both the search for the killer and Edward and Blandine's newfound romance are endangered, however, when Blandine is accused of being a witch and Edward is sentenced to hang for espionage. Meanwhile, war looms as the English king plans to wrest control of the colony.Jean Zimmerman brings New Amsterdam and its surrounding wilderness alive for modern-day readers with exacting period detail. Lively, fast paced, and full of colorful characters.

The Orphanmaster is a dramatic page-turner that will appeal to fans of Hilary Mantel and Geraldine Brooks.

England's Tower of London was the terrifying last stop for generations of English political prisoners. A Dangerous Inheritance weaves together the lives and fates of four of its youngest and most blameless: Lady Katherine Grey, Lady Jane's younger sister; Kate Plantagenet, an English princess who lived nearly a century before her; and Edward and Richard, the boy princes imprisoned by their ruthless uncle, Richard III, never to be heard from again. Across the years, these four young royals shared the same small rooms in their dark prison, as all four shared the unfortunate role of being perceived as threats to the reigning monarch.

Weaving together their lives and fates into a dark mystery of thwarted love and ruthless ambition, Alison Weir has written the most suspenseful, large-scale novel of her career.