Book Review ~ Then She Vanishes by Claire Douglas 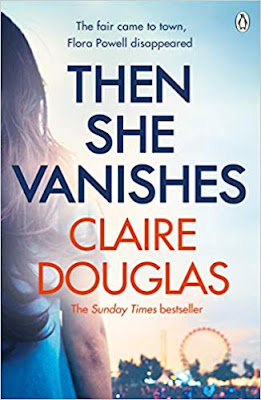 Everything changed the night Flora Powell disappeared.
Heather and Jess were best friends - until the night Heather's sister vanished.
Jess has never forgiven herself for the lie she told that night. Nor has Heather.
But now Heather is accused of an awful crime.
And Jess is forced to return to the sleepy seaside town where they grew up, to ask the question she's avoided for so long:


Claire Douglas's fifth novel has one of the most dramatic opening chapters that I think I've ever read!  March 2012 - seen through the narrator's eyes as they stand outside a house, shotgun in hand, seeming very calm and in control.  This sets the scene and forms the basis of what is to come.

Then She Vanishes is not only a gripping whodunnit but it's also an enthralling whydunnit and I could not turn the pages fast enough as the whole chain of events leading up to this horrific and shocking crime unfolded slowly and skilfully.

The story goes back and forth in time between 2012 and the summer of 1994 when the fair came to town and sixteen year old Flora disappeared and never came home again, leaving behind her bewildered mother, Margot (a character I really warmed to and felt empathy for) and younger sister Heather.

As Heather lies in a coma due to a shotgun injury, her then best friend, Jess, now a journalist working for the local newspaper, and no longer in touch with the family, has to return to her roots and obtain a story, while confronting her own conscience and guilt about that night Flora disappeared.  Margot was a mother figure to Jess in those days and the way in which their friendship was slowly and tentatively re-ignited was an absolute pleasure to read.

This is a complex story rich in detail, with family secrets, divided loyalties, betrayal, selfishness, guilt and fear with sympathetic and well drawn characters.  It has surprises and shocks - the story was at just the right pace - the perfect read for anyone who likes a good mystery full of suspense.

My thanks to Net Galley and publishers Penguin for the opportunity to read this book in exchange for an honest review.

Available from Amazon US
Paperback ~ Audiobook 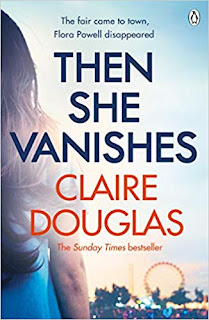