To the casual observer, the big publishing event of the summer in America was Dan Brown's new thriller, which sold hundreds of thousands of copies and saw fans queue outside bookshops across the country.

But to the nation's literary classes, the fervour surrounding Brown's The Lost Symbol was a mere blip on the cultural radar compared to the reaction to an altogether different sort of author: Lorrie Moore.

Moore, a 52-year-old midwestern female academic, is frequently hailed as one of America's best modern writers, especially as a master of the short story. But the mildly reclusive writer had not written a novel for almost 15 years. Until now. The reaction to her return has been ecstatic.

"This is a really big event. It is a major work by a major literary figure," said Carolyn Kellogg, who writes for the Los Angeles Times' book blog, Jacket Copy. "For literary people it's wonderful because they were afraid Dan Brown's book had sucked a lot of the air out of the summer. But the reaction has been great."

Moore's book, A Gate at the Stairs, has even entered the bestseller lists, something that is rare for a literary novelist and for a work that is aimed squarely at the high end of the market. It follows the life of Tassie Keltjin, a young woman coming to terms with becoming an adult in the wake of 9/11. 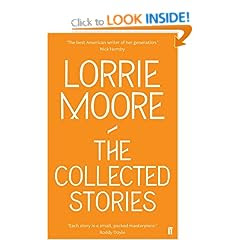 The critical reaction has been impressive. "On finishing A Gate at the Stairs, I turned to the reader nearest to me and made her swear to read it immediately," wrote a gushing Jonathan Lethem in the New York Times.

"Lorrie Moore has a unique gift. She can be screamingly funny – and in the very next paragraph, able to convey terrible grief," said critic Deirdre Donahue in USA Today.

Some have even compared Tassie's progress of emerging into the modern adult world with that other famous coming-of-age literary figure, Holden Caulfield of The Catcher in the Rye. "Hey Holden Caulfield, don't look now but somebody's sitting in your seat on this bus. Her name's Tassie Keltjin," wrote Chris Watson of San Jose's Mercury News.

Moore certainly inspires affection in American literary circles. Her short stories have appeared regularly in the New Yorker and her previous novels – particularly Anagrams and Who Will Run the Frog Hospital? – have been widely praised. She has honed a style of writing that laces sardonic humour with moving tragedy, with neither element detracting from the impact of the other.

"The Lorrie Moore voice has been extremely important. In her best works, she can be brutally funny and heartbreaking at the same time," said Michael Gorra, an English professor at Smith College, Massachusetts.

But where has Moore been for the last decade and a half? In a proper mystery story – especially one written by Brown – there would be a dramatic tale behind Moore's curiously protracted absence from the novel-writing scene. But the truth seems to be prosaic. Writing literary novels is not a surefire way to riches in America, even for the most successful, and it appears Moore has simply been busy struggling through a painful divorce, living life as a single mother and working hard at her day job as a professor of English at the University of Wisconsin.

A particular drain on her time has been raising her adopted black son, Benjamin Borns-Moore. Though she writes in her new book of the difficulties faced by those who adopt 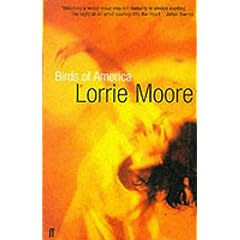 a baby of a different race, in real life it has been a spectacular success. Borns-Moore is a rising star of American soccer, having recently been named to a national junior squad.

Often grilled in interviews about her long absence, Moore has recently taken to poking fun at the subject. "I was captured by space aliens," she told one blogger recently.

"I have a list of prosaic reasons and excuses, such as being a working, single, book-reviewing mom, but I grow vaguely but perceptibly hysterical when I recite them, so I've decided to go with the space alien tale."

Many in the literary world hope that the attention now being showered on Moore's return to novel-writing will see her work spread to a more popular audience. But even the bestselling literary writers in America are still likely to remain unknown in terms of mass popular culture.

"Hopefully a lot more people will get to know her, but even John Updike could have walked through a mall and 99% of people would never have recognised him," said Professor John Wenke of Salisbury University, Maryland. It would seem Dan Brown's global fame remains unchallenged for the moment.