Book News: Harry Potter spin-off 'will be a film trilogy' 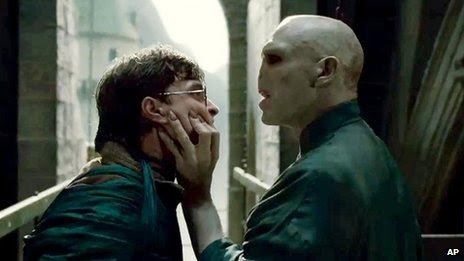 JK Rowling's Harry Potter spin-off Fantastic Beasts and Where to Find Them is to be made into a film trilogy.
The book, published in 2001, was originally billed as one of Harry Potter's Hogwarts textbooks.
Warner Bros chief Kevin Tsujihara persuaded author Rowling to adapt the book for the big screen.
Last week, he told the New York Times there would be a trilogy of films based on the book, which follows a "magizoologist" named Newt Scamander.
Scamander is the author of a guide to magical creatures. Set in New York, the book is neither a sequel nor a prequel, but an "extension" of Harry Potter's "wizarding world", Rowling said.
Last month, Rowling told actress Emma Watson, who played Hermione Grainger in the Harry Potter films, that she completed the draft script in 12 days.
Rowling herself told the newspaper that it was Tsujihara - who took over the role of CEO at Warner Bros last year - who persuaded her to adapt the book. 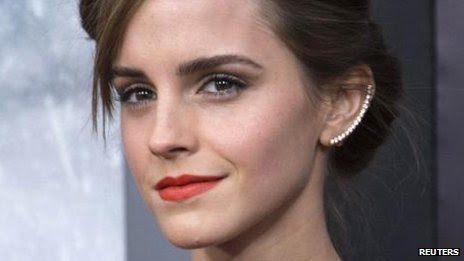 Rowling told Potter actress Emma Watson that the script took just 12 days to write
"We had one dinner, a follow-up telephone call, and then I got out the rough draft that I'd thought was going to be an interesting bit of memorabilia for my kids and started rewriting," she told the New York Times.
"When Kevin got the top job, he brought a new energy, which rubbed off. He's a very engaging person, thoughtful and funny."
The project, which was first announced in September 2013, will be produced by Harry Potter regular David Heyman, whose recent successes include Gravity.
"I always said that I would only revisit the wizarding world if I had an idea that I was really excited about and this is it," said Rowling when the film was announced last year.
The book was written by Rowling between the publication of the fourth and the fifth books in the Harry Potter series. It is set 70 years before we first meet Harry.
More than 450 million copies of Rowling's seven Potter books have been sold worldwide.
Aside from Fantastic Beasts and Where to Find Them, she also wrote the short book Quidditch Through the Ages - another of Harry's schoolbooks. They were published in aid of Comic Relief.
Another Potter spin-off book, The Tales of Beedle the Bard, followed in December 2008.
Taken from BBC News website of 30 March 2014