Jane Cook, Author of Dancing Backward in Paradise:  On Tour 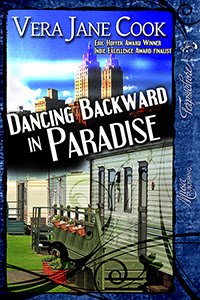 Share on facebookShare on twitterShare on emailShare on pinterest_shareMore Sharing Serv
Winner: Eric Hoffer Award for publishing excellence and the Indie Excellence Award for notable new fiction!  5 Star Clarion ForeWord Review!
Publisher: Musa  (November 16, 2012)
Category: Contemporary Fiction/ Women’s Fiction/ Southern Fiction
Tour Date: April/May, 2014
Available in: Print & ebook,  347 Pages
Life for Grace Place is all about sucking on “meat jerkys” and Lenny Bean, her handsome lover. Grace’s mother has loftier plans for her daughter. She insists that Grace save her money and move to New York City so she can find fame and fortune as an actress.
Grace works as a cleaning lady for wealthy Betty Ann Houseman so she can pool her pennies for the trip north. Betty Ann has a passion for men more pronounced than her overbite, and it isn’t long before she’s parting the sheets for Lenny Bean. But just before Grace leaves Hixson for New York City, she uncovers an insidious plot: the Bean family is trying to steal Betty Ann’s estate.
Grace flees to New York, where she faces her darkest hours. In a world of surprises, Grace truly discovers paradise.

By the time Ginny Jo and I left the creek, we were real friends and we’d talked about a lot of different things. We understood each other. I told her I’d kiss her any old time but the buck stopped there. I never had a real woman friend before. I just never thought any woman could be as much fun as fooling with men, and I didn’t really have much time to sit around talking about all those silly things girls talk about. Then they go kind of stupid on you. I mean, they like you one moment and hate you the next. I remembered that from high school. There was this one girl
that thought I was the living end, and then one day she started snubbing me. She never spoke to me again and I could never figure out why. I asked Ginny Jo about it. I figured she was the expert on weird female behavior.
“She had a crush on you, Grace.”


“Nope, she didn’t. I always know when someone has a crush on me.” I grinned and winked at her. 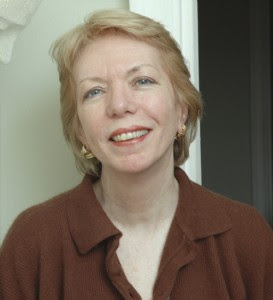 Vera Jane Cook, writer of Award Winning Women’s Fiction, is the author of The Story of Sassy Sweetwater, Lies a River Deep, Where the Wildflowers Grow, Dancing Backward in Paradise and Annabel Horton, Lost Witch of Salem.

Jane, as she is known to family and friends, was born in New York City and grew up amid the eccentricity of her southern and glamorous mother on the Upper West and Upper East Side of Manhattan.
An only child, Jane turned to reading novels at an early age and was deeply influenced by an eclectic group of authors. Some of her favorite authors today are Nelson DeMille, Calib Carr, Wally Lamb, Anne Rice, Sue Monk Kidd, Anita Shreve, Jodi Picoult, Alice Walker and Toni Morrison. Her favorite novels are too long to list but include The Story of Edgar Sawtelle, Cheri and The Last of Cheri, The Picture of Dorian Grey, Wuthering Heights, Look at Me, Dogs of Babel, The Bluest Eye, The Art of Racing in the Rain, Body Surfing, Lolita, The Brothers Karamazov, She’s Come Undone, Tale of Two Cities, etc., etc., etc.,