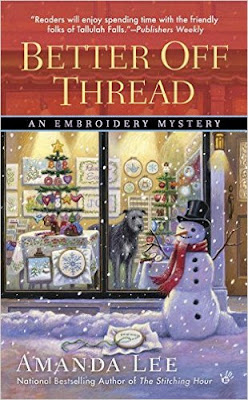 Santa finds himself in a stitch of trouble in the tenth in the series from the national bestselling author of The Stitching Hour…
Marcy is busy helping her customers make hand-crafted ornaments at her embroidery shop, the Seven-Year Stitch. But despite the yuletide bustle, when her friend Captain Moe asks for her help, she can’t refuse—especially when the favor is to play the elf to his Santa for sick children at a local hospital. Despite the ridiculous outfit, Marcy finds herself enjoying spreading cheer—until the hospital’s administrator is found murdered.
Although the deceased had plenty of people willing to fill her stocking with coal, evidence pins the crime on Moe. Now it’s up to Marcy, with the help of her police officer boyfriend Ted and her Irish Wolfhound Angus, to stitch together the clues to clear Moe’s name—before someone else winds up crossed off Santa’s list for good…

features a heroine who recently moved to the Oregon coast to open an embroidery specialty shop. She also writes the Down South Café Mysteries 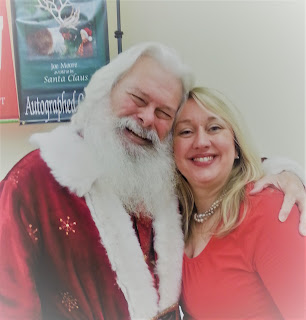