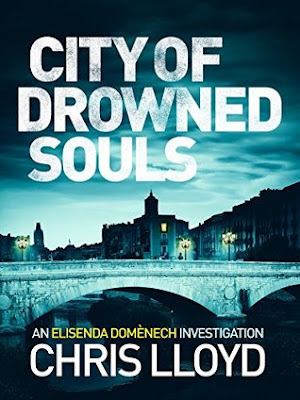 When a child disappears, the clock starts tickingDetective Elisenda Domènech has had a tough few years. The loss of her daughter and a team member; the constant battles against colleagues and judges; the harrowing murder investigations… But it’s about to get much worse.When the son of a controversial local politician goes missing at election time, Elisenda is put on the case. They simply must solve it. Only the team also have to deal with a spate of horrifically violent break-ins. People are being brutalised in their own homes and the public demands answers.Could there be a connection? Why is nobody giving a straight answer? And where is Elisenda’s key informant, apparently vanished off the face of the earth? With the body count threatening to increase and her place in the force on the line, the waters are rising…Be careful not to drown.

1. Fifteen or even ten years ago, someone like Elisenda wouldn’t have dreamed of joining the police in Catalonia. But then the Catalans took over policing from the old Spanish police forces and decided to change the complexion completely with the instatement of the Mossos d’Esquadra as their own police service. They changed the structure and revolutionised recruitment by calling for more women and graduates. A law student, Elisenda confounded her family’s expectations of her and became one of the growing number of women to join the Mossos, and she’s steadily risen through the ranks since then. She still has to defend her corner with her family, though, as her parents are from a generation of rebellion against Franco that still has a mistrust of the police.

2. This is a tough one to write. In early drafts of the first book, Elisenda was a more fun-loving and jokey character, but as I was writing it, I lost my brother and my dad within eight months of each other and the world changed. It was my own grief that brought out a much more melancholy, introspective side to her nature, and that in turn led to my creating the strand of her lost daughter to try to explain what had caused this aspect of her character. Underneath, she’s still a joyful and sensuous person, but that side to her is hidden under her sadness, although it’s slowly emerging as her story progresses. From my perspective, it’s the power of writing as part of the healing process, something I’ve tried to recreate for Elisenda’s own experience in City of Drowned Souls as she begins to move on.

3. Elisenda goes running around the outside of the city walls every morning to keep fit. Most mornings, she also runs up the cathedral steps, which really is punishing (believe me) and then runs ‘freewheeling’ down the road to the bottom of the steps again like a kid running joyously out of control down a hill. That’s one of her rewards because she thoroughly hates running and only does it because she feels she has to. Her other reward is then to run into a café and have coffee and doughnuts. That last bit is based on a reluctant jogger I knew in Barcelona, who would run in the evenings but then end up in the old Ritz hotel, still in her running gear, for a couple of cocktails.

4. Elisenda is a rocker. She likes a lot of Spanish, British and American bands, but her first love is Catalan rock music. Her favourite group of all is Sopa de Cabra, a local Girona band that has recently reformed and celebrated its thirtieth anniversary, delighting her (and me!). Before the tragedy that hit her, she used to love dancing, not just to rock music, but also to salsa and the traditional Catalan sardana, a dance where everyone holds hands in a circle and dances complicated steps to an eleven-piece brass and woodwind band. She used to dance the sardana most Sunday mornings in her parents’ village. She’ll get back to doing it one day.

5. Elisenda’s favourite drinks are red wine, preferably from a small producer in the Girona region, and licor de café, an eau-de-vie made with coffee and drunk as a digestive. She loves sitting in the evening in La Terra, the colourfully- and anarchically-tiled café overlooking the river under her flat, and drinking one while she ponders the case she’s working on. The buzz of the coffee, the gentle noise of the river and the lights of the buildings on the other side help her concentrate. Originally, though, I was going to have her drinking Jameson’s whiskey, but La Terra doesn’t stock it, so I had to change her drink. Then, I was at a restaurant in Girona and the owner sat down with me and poured us both a licor de café while we chatted. I enjoyed the gesture so much that I decided it would be Elisenda’s drink.

Lastly, thank you Carole for hosting me on Carole’s Book Corner today.

Thank you Chris for an insight into Elisenda's life. 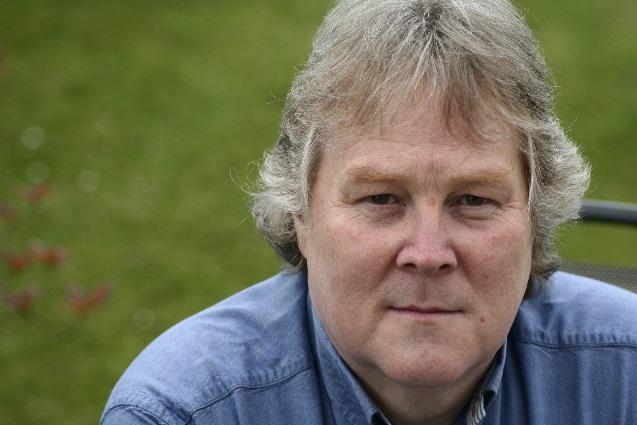 Chris was born in an ambulance racing through a town he’s only returned to once and that’s probably what did it. Soon after that, when he was about two months old, he moved with his family to West Africa, which pretty much sealed his expectation that life was one big exotic setting. He later studied Spanish and French at university, and straight after graduating, he hopped on a bus from Cardiff to Catalonia where he stayed for the next twenty-four years, falling in love with the people, the country, the language and Barcelona Football Club, probably in that order. Besides Catalonia, he’s also lived in Grenoble, the Basque Country and Madrid, teaching English, travel writing for Rough Guides and translating. He now lives in South Wales, where he works as a writer and a Catalan and Spanish translator, returning to Catalonia as often as he can.

He writes the Elisenda Domènech series, featuring a police officer with the newly-devolved Catalan police force in the beautiful city of Girona. The third book in the series, City of Drowned Souls, is published on 6 February 2017.

City of Drowned Souls is the third in the series, if you want to know more about the first two here is everything you need to know. 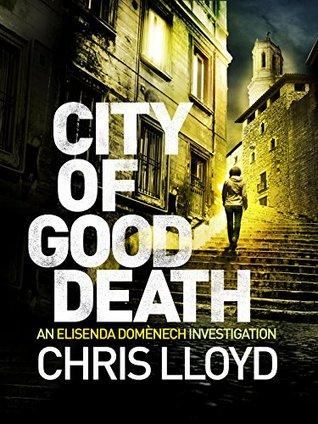 Summary:
An intense and brilliantly realised crime thriller set in the myth-soaked streets of Girona

A killer is targeting hate figures in the Catalan city of Girona – a loan shark, a corrupt priest, four thugs who have blighted the streets of the old quarter – leaving clues about his next victim through mysterious effigies left hung on a statue. Each corpse is posed in a way whose meaning no one can fathom. Which is precisely the point the murderer is trying to make.

Elisenda Domènech, the solitary and haunted head of the city’s newly-formed Serious Crime Unit, is determined to do all she can to stop the attacks. She believes the attacker is drawing on the city’s legends to choose his targets, but her colleagues aren’t convinced and her investigation is blocked at every turn.

Battling against the increasing sympathy towards the killer displayed by the press, the public and even some of the police, she finds herself forced to question her own values. But when the attacks start to include less deserving victims, the pressure is suddenly on Elisenda to stop him. The question is: how? 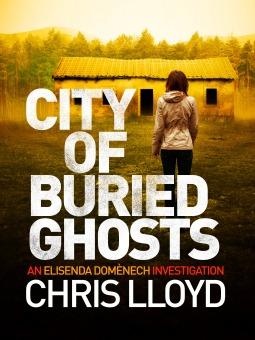 Summary:
Be careful what you dig up… Still recovering from the tragedy that hit her team, Elisenda takes on a new case. Except it’s not new. On an archaeological dig by the coast a body is uncovered, seemingly executed with a spike thrust through the base of the skull – an ancient tribal ritual. It soon becomes clear that this body is neither ancient nor modern, but a mysterious corpse from the 1980s.Assigned to the case along with her team, Elisenda soon uncovers a complex world of star archaeologists, jealousy and missing persons. They find a dark trade in illicit antiquities, riddled with vicious professional rivalries. And even though she’s staying close to the crime scene, Elisenda is also never far from enemies of her own within the police force.Just as the case seems to become clear it is blown wide-open by another horrific murder. Elisenda must fight her personal demons and office politics, whilst continuing to uncover plots and hatreds that were long buried. How far will she go to solve the crime? Is her place in the force secure? And can she rebuild her life?The atmospheric second crime thriller featuring Catalan detective Elisenda Domènech, for readers of Val McDermid and Ann Cleeves

FOLLOW THE TOUR BELOW FOR MORE FEATURES, GUEST POSTS AND REVIEWS 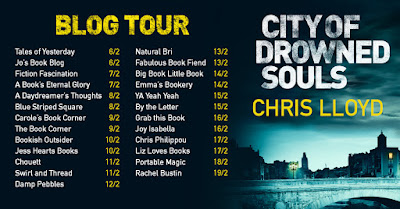 Wednesday 15th February
YA Yeah Yeah
By The Letter