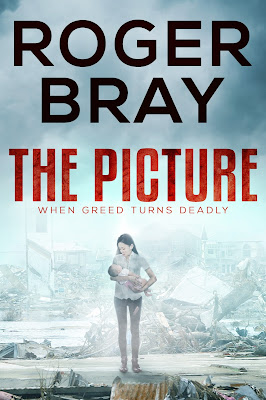 
A warehouse in Japan used as an emergency shelter in the aftermath of the 2011 Tsunami. A distraught, young Japanese woman in dishevelled clothes sits on a box, holding her infant daughter. Ben, a US rescue volunteer, kneels in front of her offering comfort. They hug, the baby between them. The moment turns into an hour as the woman sobs into his shoulder; mourning the loss of her husband, her home, the life she knew. A picture is taken, capturing the moment. It becomes a symbol; of help freely given and of the hope of the survivors. The faces in the picture cannot be recognised, and that is how Ben likes it. No celebrity, thanks not required.
But others believe that being identified as the person in the picture is their path to fame and fortune. Ben stands, unknowingly, in their way, but nothing a contract killing cannot fix.

Context:  Ben Davis a retired Portland, Oregon police officer has been shot and lies in a come in hospital.  His estranged daughter has been persuaded by Ben’s lifelong friend, Paul Truscott, to come to the hospital.  Anna has started to learn about her father from Paul and finds out that Ben is the key figure in an iconic picture taken during the relief effort after the Japanese Tsunami and wants to know more about the circumstances of the picture.  This scene is a flash back of Ben in a warehouse being used as a shelter when he first comes across the other person in the picture, Emi Sasaki

He wasn’t sure where it happened, but he managed to get lost somewhere on his way back. He had seen a tarpaulin wall, mostly blue but with a startling orange section which he had used as a way-point. When he realized he hadn’t seen it again, he knew he was lost. He’d zigged instead of zagged and was now heading off in the wrong direction. Not that he was worried; he was in a warehouse not the Amazonian rain forest so the entrance he sought was never too far away.
Now that was cleared up he meandered through new territory in the direction he knew the way out to be. Stepping past a small group, Ben was walking near the outside wall furthest from the medical setup. This area had not been squatted yet but there was a huge collection of bags and boxes, piles of materials which were being used to build the cardboard walls. Flattened boxes with all manner of labels on them, tarpaulins, ropes, and boxes of packing tape, and boxes covered in Japanese writing the contents of which Ben couldn’t determine.
In front of him he saw a girl sitting with her back to him. Not paying her much attention he walked past her to one side but looked back as he stepped around some boxes which had fallen across the path.
The clothes she was wearing were filthy and had a look which told him she’d got soaked while wearing the clothes and they had dried on her back. Her long, jet-black hair, still with a ghost of a shine was disheveled and, although she had tried to push it back, clumped strands of it hung down across one side of her face. She was dirty, the muck ingrained into her skin, and the skin around the eyes was darker, as though rubbing them had mixed tears with dirt and ground it in further. It made her look older than the early twenties that Ben guessed her to be.
She was sitting on an upturned wooden box, her clothes pulled tightly around her. At some point she, or someone else, had draped a gray blanket around her shoulders, but it had fallen off and now lay crumpled on the floor around the back of the box.
Ben was about to keep walking and maybe mention to one of the Red Cross people outside to come in and give her some assistance when he saw the bundle on her lap. Wrapped in a grubby, pink blanket and held tight by the girl’s blood streaked hands, Ben could see the top of the baby’s head, with a shock of black hair peeking out of the edge of the dirty blanket.
The girl was moving her knees slowly up and down, rhythmically rocking the baby to pacify or keep it sleeping and she didn’t react as Ben approached and even as he knelt next to her and lightly brushed hair away from her face she only looked up briefly with her dull eyes before looking back down at the baby in her lap. 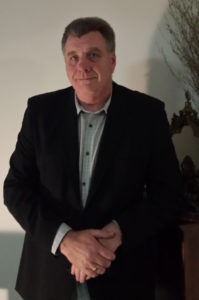 I have always loved writing; putting words onto a page and bringing characters to life. I can almost feel myself becoming immersed into their lives, living with their fears and triumphs. Thus, my writing process becomes an endless series of questions. What would she or he do, how would they react, is this in keeping with their character? Strange as it sounds, I don’t like leaving characters in cliffhanging situations without giving them an ending, whichever way it develops.My life to date is what compels me to seek a just outcome, the good will overcome and the bad will be punished. More though, I tend to see my characters as everyday people in extraordinary circumstances, but in which we may all find our selves if the planets align wrongly or for whatever reason you might consider.Of course, most novels are autobiographical in some way. You must draw on your own experiences of life and from events you have experienced to get the inspiration. My life has been an endless adventure. Serving in the Navy, fighting in wars, serving as a Police officer and the experiences each one of those have brought have all drawn me to this point, but it was a downside to my police service that was the catalyst for my writing.Medically retired after being seriously injured while protecting a woman in a domestic violence situation I then experienced the other side of life. Depression and rejection. Giving truth to the oft said saying that when one door closes another opens I pulled myself up and enrolled in college gaining bachelor and master degrees, for my own development rather than any professional need. The process of learning, of getting words down onto the page again relit my passion for writing in a way that I hadn’t felt since high school.So here we are, two books published and another on track.Where it will take me I have no idea but I am going to enjoy getting there and if my writing can bring some small pleasure into people’s lives along the way, then I consider that I will have succeeded in life.

This is the link to my author page on Smashwords  https://www.smashwords.com/profile/view/RogerBray 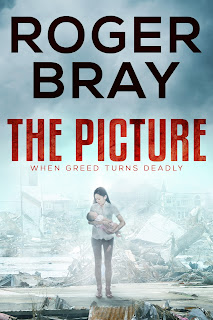