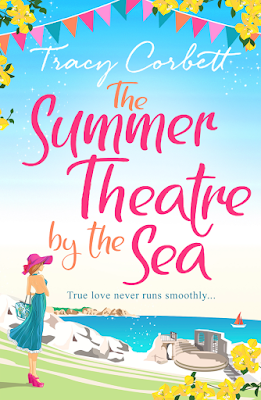 A summer to remember…

Charlotte Saunders has always loved the buzz of city life. So, when she finds herself abruptly fired, dumped and forced to leave London to move in with her sister Lauren in Cornwall, she thinks the world is ending.

To keep herself busy in the quiet coastal town, Charlotte agrees to help the local drama club. Designing sets for their performance of A Midsummer Night’s Dream, just for the summer, while she figures out her next career move. But could days at the beach, new friends and a dashingly handsome doctor, change Charlotte’s mind? Suddenly Cornwall doesn’t look so boring after all…

The perfect summer romance for fans of Lucy Diamond and Rachel Lucas.

On the street below, she spotted a post-office van pull up
outside the Co-op. She found herself hesitating in case
Nate Jones appeared, allowing herself a moment’s wishful
thinking. She’d met the local postie soon after moving to
Penmullion seven years ago. He’d proved to be a good
friend, who frequently looked after the kids for her. They’d
regularly hung out when performing in plays together or
drinking at Smugglers Inn, but when it became clear he
wanted more than she could offer, she backed off. It wasn’t
as though she could allow anything to happen between
them, so why torture herself fantasising? Life might be
challenging as a single parent, but adding another adult
into the equation would only upset the balance and confuse
the children. So, until they were older, relationships were
off the table … no matter how tempted she might be.

Moving to Cornwall had been the right decision. The kids
loved living by the seaside, and so did she. The local school
wasn’t overpopulated, and the teachers often took the
children outside for lessons. It was a wonderful education
for them. The town of Penmullion was quaint and full of
history. There was a relaxed sense of well-being about the
place, as well as a tight community spirit. They enjoyed
early-morning walks along the beach, picnics in the summer,
and fresh air all year around. It made an ideal setting to
raise a family.

Removing the guacamole and salsa from the fridge, she
sniffed the contents. Both were past their sell-by date, and
consequently half price, but there were no signs of mould,
so hopefully they were safe to consume. 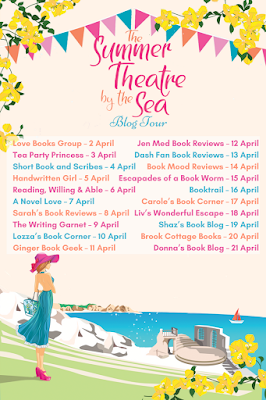