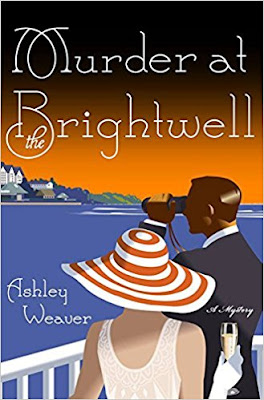 1932, Devon. Amory Ames is glamorous, wealthy and unhappily married to notoriously charming playboy Milo. She willingly accepts her former fiancé Gil Trent’s plea for help in preventing his sister Emmeline from meeting a similar matrimonial fate. Amory accompanies Gil to The Brightwell, the sprawling seaside resort where Emmeline and her fiancé, the impeccably groomed, disreputable cad Rupert Howe are holidaying, along with the other rich and sumptuously-dressed guests.
Champagne flows but the sparkle soon fades as a dark and unresolved history between Gil and Rupert surfaces. After a late night quarrel the luxurious hotel is one guest fewer by morning. When Gil is arrested for murder Amory is determined to defend his innocence. But if she’s right, the killer is still in their midst – can she prove it before she, too, becomes a victim? And what of the unexpected arrival of Milo? Extravagance, scoundrels and red-herrings abound as Amory draws closer to discovering the murderer – as well as love. 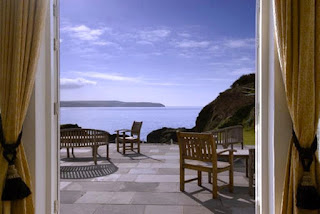 Have you ever picked up a book, read the blurb, looked at the cover and you just knew that you would enjoy it?  Well, this is exactly what I thought when I first saw the cover of Murder at the Brightwell - and I didn't just enjoy it - I absolutely loved it!
Amory Ames is a fabulous heroine, she's smart, not over confident, and unhappily married to the extremely wealthy Milo who she fell in love with five years ago after ditching her fiance Gil Trent.  But when Gil reappears in her life and asks her to accompany him to The Brightwell hotel to persuade his sister not to marry the odious Rupert, not only can she not resist him but she's secretly glad to be away from her husband for a while.
This leads to a will they won't they situation, which just added an extra romantic element to this mystery.
An eclectic cast of characters gather at The Brightwell hotel to enjoy a few blissful days of sea bathing, playing bridge, taking afternoon tea and dancing, people with past relationships, secrets, all with their own hidden agendas .... but a murder wasn't on their agenda!
When Gil is arrested, after Amory overhears him arguing with the victim and reluctantly informs the police, she feels guilty and can't help getting involved in trying to discover the real murderer in order to help him.
I loved the easy pace to the story, it wasn't hurried, we were gently teased with the clues, as Amory and Milo, who turns up unexpectedly, try to prise the truth out of the holidaymakers, though Amory could be in danger herself.
The writing is sublime and feels of the time, the extravagance, the glamour, the 1930's clothes (I want some beach pyjamas!) the dancing to the bands, the slower pace of life ..... it's all here in this charming and utterly entertaining mystery.
I look forward to reading the next in the series Death Wears a Mask.

My thanks to the publishers for giving me the opportunity to read this fabulous debut novel.

The Brightwell Hotel sat on a cliff overlooking the sea.  It was a lovely white building, sprawling, sturdy and somehow elegant at the same time.  There was something stately about the place, but welcoming as well.  It looked as though it would be equally suited to princes or pirates. 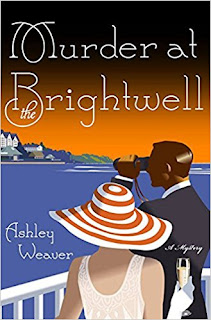 Available to buy from
Amazon UK
Amazon US