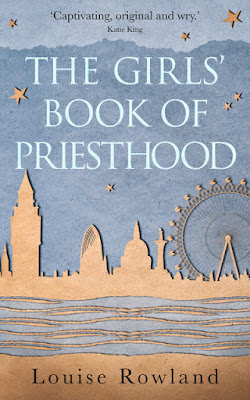 ‘I mean, you know, someone says “woman priest” and you think the
whole grey-hair-bobbly-cardigan-house-full-of-cats thing, right?’

Margot Goodwin is a young curate struggling to survive her trial year in the parish, when everything and everyone seems hell-bent on stopping her.

Success would mean becoming a fully-fledged priest, something she feels profoundly called to do. Failure would not only prove her father right, but would also delight all the antis who consider women priests at best a joke, at worst, an abomination. But from the very start, Margot faces a multitude of challenges, both personal and professional, from the hostile teenage daughter of her host family, to the married parishioner she is hopelessly drawn to.

Can she convince everyone - herself included - that she’s more than a lipstick-wearing, part-timer with a PhD, and realise her long-held dream of becoming a priest.

Meticulously researched, The Girls’ Book of Priesthood is being published
to coincide with the anniversary of women’s ordination in March 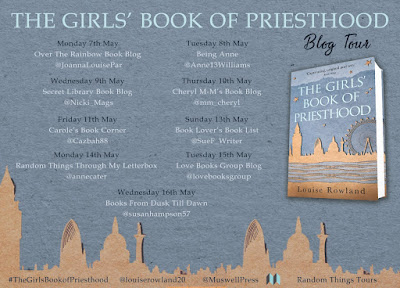 She’s in the porch chatting to the tenor when the baptismal family make their entrance. Jeremy’s thumbnail was spot on, she realises. Carmen, stick-thin in expensive neutrals, and a labradoodle – which she refuses to leave outside – under her arm. Slick-haired Hugo, scrolling through his BlackBerry as they run through the order of service. She wonders whether they took her for the office secretary at first, as though everyone on the clergy team wears a dog collar, just like everyone working at Sainsbury’s wears orange and purple. It takes some nimble footwork to convince then of the unique symbolism of a woman carrying out a baptism, including
referencing the Madonna and Child and the pouring on of the waters of life.
There’s also an awkward moment when she takes
them to the font and Carmen has clearly been expecting fifteenth century craftsmanship, rather than a battered silver bowl perched on a scruffy wooden table.
Nothing in her eight years of study and training have prepared her for the terror of this. The entire congregation is now watching her trying to juggle baby Oscar into a more comfortable position
without dropping him or prompting him to throw up all over her surplice. He’s far heavier than she expected: a plump putto straight out of Raphael, dressed in what looks like expensive oyster silk.
Two hundred pairs of eyes are clocking her every move, gasping every time the baby wriggles. All these cloths and jugs and balms to negotiate with a writhing eight kilos in your arms. She can’t even
wipe her hand dry on her robes. Oscar’s tiny fat fingers are clamped tight around her collar as though even he knows he’s got the rookie.
This must be how a bomb-disposal expert feels removing their first live pin. Talking of which, Roderick’s supposed to be on standby
support, but he’s stayed way over by the altar rail, arms crossed, a tight smile on his face.
At least Jeremy will be thrilled when he hears how many are here, particularly as Carmen and Hugo have not only paid for the flowers and the service sheets and the post-service canapés, but also
donated a healthy cheque for ‘sundry expenses’. The vicar loves these cheques most of all. 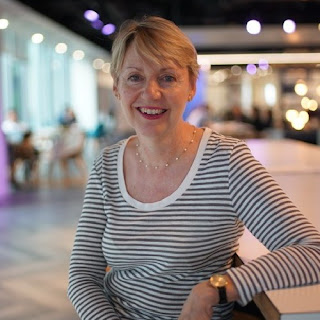 Louise Rowland grew up in Bournemouth and studied English at Cambridge. She went on to work as a speechwriter, journalist and copywriter - including 11 years in Munich, Frankfurt, Paris and Amsterdam. She has a Masters in Novel Writing from City University, where she won the course prize. She lives in London with her husband and has two grown-up daughters. The Girls' Book of Priesthood is her first novel.

Available from
Amazon UK
Amazon US 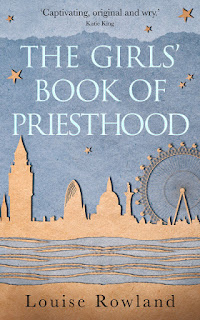 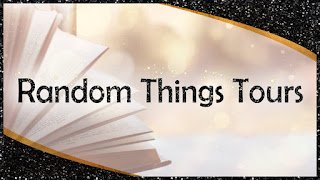