Today, I am thrilled to be part of Cathy Bussey's blog tour for her new book Summer at Hollyhock House, thanks to Sapere Books and I am delighted that Cathy has written an exclusive piece all about how she names her characters! 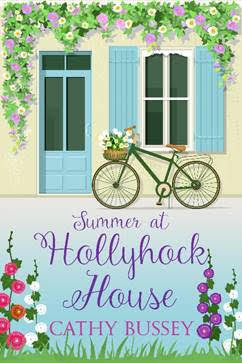 One long summer changed Faith forever…
Faith Coombes should have been over the moon when her long-term boyfriend proposed to her. But instead, she broke up with him. Rob was safe, reliable, nice and … boring. Nothing like the only person who had ever broken her heart…
Unable to afford the rent on another flat and desperate for a new start, Faith takes the plunge and moves back to the village she grew up in, returning to the house that holds so many memories for her.
Hollyhock House, the family home of her best-friend Minel, also belongs to the boy who meant so much to her all those years ago…
As Faith falls back in love with the sprawling surroundings at Hollyhock she also finds herself falling all over again for the only person who has truly hurt her.
Can Faith come to terms with her past? Did she make the wrong decision in breaking up with Rob?
Or does her heart really lie at Hollyhock House? 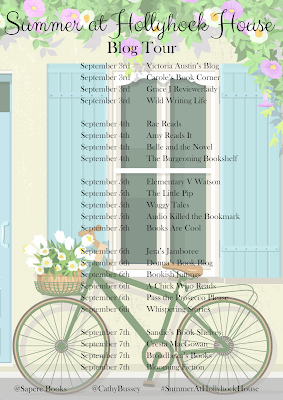 How I named my characters

I have favourite names. For a long time my female leads were called Leonie, then Laurie, then Chloe, and for a while Jemma. Jemma is short for Jemima but she’s never referred to as Jemima, except by people we don’t like, a snooty mother-in-law, for example. I still hope Jemma will see the light of day, or rather publication, one day.

But in recent years I’ve favoured Faith for a female character and it’s Faith who takes centre stage in Summer at Hollyhock House.

I can trace the origins of this name back to Buffy the Vampire Slayer. There was something about the name Faith, the way it rolls off the tongue, the emotions with which some of the characters pronounced it. Faith was uttered in varying states ranging from anger to admiration to desire to love to fear to hatred – but rarely neutrally. Faith is power, Faith is blind devotion at times, but Faith is always rewarded.

I wanted to write a Faith because I see faith as an incredibly positive force. I certainly have a great deal of faith in many things myself, even if religion is not one of them. The Faith I created has little in common with Faith From Buffy although if Eliza Dushku wanted to play Faith in the movie of Summer At Hollyhock House, I would consider that my own Faith rewarded.

My central male character is called Tariq, but he’s always known as Rik. I had a scene where he and Faith meet when they are young, and they argue about the correct spelling of Rik. He insists it’s R-I-K ‘like Rik Mayall’ and she’s adamant it should be R-I-Q and he thinks this is too girly and – it’s very silly. The scene got cut but I quite liked the chemistry between the characters.

The name Tariq came about because a very long time ago, probably when I was in my mid-teens, I had a chat with my cousin on the phone and she mentioned having a crush on a guy at school called Tariq, and I said I would write him into a novel for her. I thought it was a pretty sexy name and Rik an extremely sexy shortening of it, and it’s quite important that I crush on my male lead. I was never going to crush on a Brian or an Alan, was I?

And the final character whose name is worthy of note is a dog called Tackle. Tackle is the only character in the entire book who is not a figment of my imagination but based on a real dog, of the same name, who belonged to a friend of mine when I was growing up. Let’s just say he was aptly named. 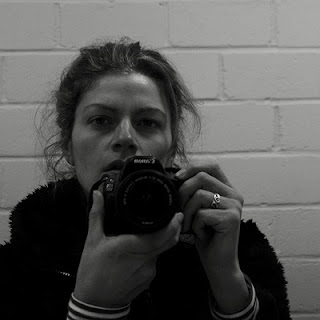 Cathy is an author, journalist and hopeless romantic who wrote her first book at the tender age of six. Entitled Tarka the Otter, it was a shameless rip-off of the Henry Williamson classic of the same name, and the manuscript was lost after she sent it to her pen-pal and never heard a jot from her since.
Fortunately reception to her writing became more favourable and she spent ten years working for a range of newspapers and magazines covering everything from general elections and celebrity scandals to cats stuck up trees and village fetes. She has been freelance since 2011 and written for The Telegraph, Red Online, Total Women’s Cycling and other lifestyle and cycling publications and websites.
She is the author of three non-fiction books and her debut and thankfully non-plagiarised novel Summer at Hollyhock House has been published by Sapere Books.
Cathy lives on the leafy London/Surrey border with her husband, two children and a dog with only two facial expressions, hungry and guilty. Her hobbies include mountain biking, photography, wandering around outside getting lost, fantasising about getting her garden under control, reading, looking at pretty things on Instagram and drinking tea.
You can find her there @cathybussey1 (https://www.instagram.com/cathybussey/?hl=en),
on Twitter @CathyBussey (https://twitter.com/CathyBussey?lang=en)
or visit her website www.cathybussey.com. 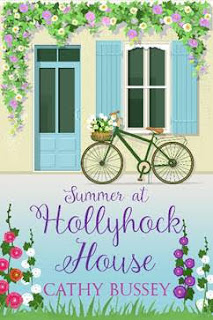