Death of a Texan by Cat Hickey - Book Blog Tour 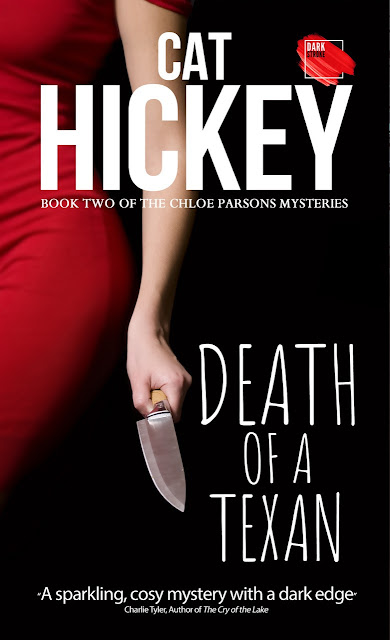 A grieving widow. A sketchy admirer. An adoring boyfriend.

But one of them is up to no good.

Chloe's new life in Costa Rica seems perfect: her relationship with Mateo is heating up, and her career as a private investigator is off to a good start. She only wishes that her cases were more interesting than the lost dogs or cheating husbands she's been hired for so far…

She gets her wish when a dead body lands, almost literally, at her feet. Hired by the highly strung Elena Vargas to follow her husband, Victor, Chloe discovers that not only was he cheating on his wife – he's been murdered.

As Chloe delves deeper into the mystery surrounding Victor's death, she uncovers secret after secret. The danger becomes all too real when she narrows in on the killer's identity. Someone is following her everywhere, and threatening notes arrive on her doorstep.

As if that's not bad enough, her relationship with Mateo begins to unravel, and his coworker, Jaime, seems intent on convincing her that Mateo is a cheater.

Desperately trying to figure out what's going on, Chloe becomes more and more enmeshed in a sordid world of lies, sex, and murder.

Who can Chloe really trust? And can she catch the killer before she becomes the next victim?

Cat Hickey has a Master’s degree in Biology, and teaches Anatomy and Physiology at a university in Baltimore, MD, USA. She writes light-hearted mysteries and thrillers that are based, partly, on her extensive travels around the world. She is also an avid yogi who teaches aerial yoga and practices aerial circus arts, and spends the rest of her time with her three rescue animals, which consist of three cats and a horse. 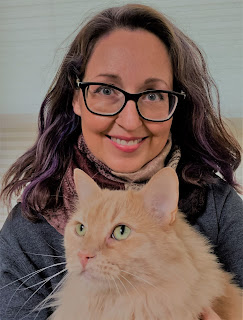 Check out all the other bloggers taking part in the tour for reviews etc. 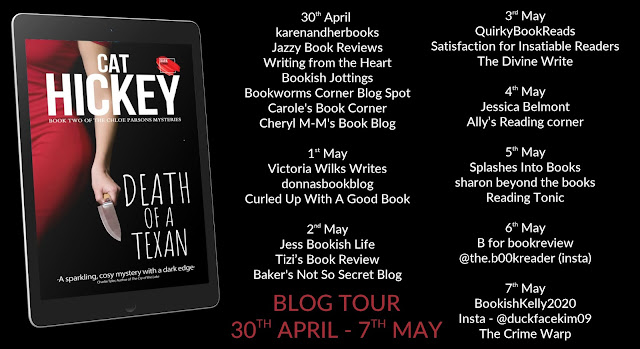