From the Library This Week! 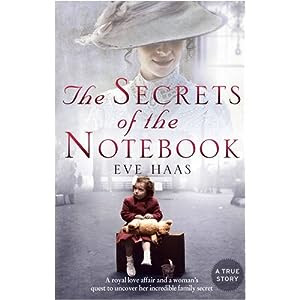 Here are the books I've recently borrowed from my local library.

The Secrets of the Notebook by Eve Haas

"The incredible true story revealed by a family notebook, telling of four daughters across two centuries of turbulent history, of a passionate and ill-fated royal love affair, ending in a tragic and cruel death. 'The beautiful owner of this book is dearer to me than my life. August, your protector.' Eve Haas was irresistibly drawn to the family 'notebook', which had been passed down the generations. Her father had shown her the inscription inside when she was young, with warnings of dire happenings if the secret behind the diary was pursued. Years later, Eve decided to follow the trail of the notebook, it would take her to the old kingdom of Prussia, to a forbidden royal marriage that was wiped from all official records, and a royal princess given away to ensure her protection. Forty years earlier in 1942, Eve's grandmother, Anna, had died on her way to Auschwitz after being seized by the SS. They believed she was just an old Jewish woman. The secret of her royal heritage lay in that notebook, but it couldn't save her. "

I love this kind of book, a true story mixed with mysteries and secrets. I was drawn to the cover first of the little girl who looks abandoned and the woman looking down on her, very intriguing.

TAMBURLAINE MUST DIE BY LOUISE WELSH

I've only just discovered Louise Welsh - I recently
read The Bullet Trick and really enjoyed it so, when I saw this book I grabbe 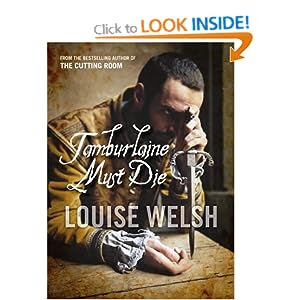 d it and hope it's as good.

"It is 1593 and London is a city on edge. Under threat from plague and war, strangers are unwelcome and severed heads grin from spikes on Tower Bridge. Playwright, poet and spy, Christopher Marlowe has three days to live. Three days in which to find the murderous Tamburlaine, a killer who has ascaped from between the pages of his most violent play...Tamburlaine Must Die is a swashbuckling adventure story of a man who dares to defy both God and state - and discovers that there are worse fates than damnation."

Have you read any of them? What did you think?
Do you have any others that you could recommend to me?

Email ThisBlogThis!Share to TwitterShare to FacebookShare to Pinterest
Labels: From the Library This Week