SOME NEW BOOKS COMING OUT SOON


As the year 1326 draws to a close, London is in flames. King Edward II is a prisoner, and the forces of his vengeful queen, Isabella, and her lover Sir Roger Mortimer, are in the ascendant. The Bardi family, bankers who have funded the King, must look to their future with the Queen, steering a careful course between rival factions - if, that is, they can keep themselves alive. Others, too, find their loyalties torn. Guarding the deposed King on behalf of Mortimer, Sir Baldwin de Furnshill and bailiff Simon Puttock find themselves entangled in a tightening net of conspiracy, greed, betrayal and murder.

It is the site of the world’s tallest skyscraper and has gained a reputation for being full of rich people who spend their time in shopping malls. But now Dubai is the setting for the 37th James Bond book, Carte Blanche, by top American thriller writer Jeffery Deaver. 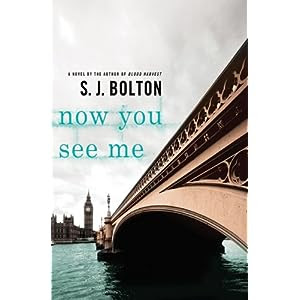 Lacey Flint is a Detective Constable who, despite her fascination with Jack the Ripper, has never worked a big case or seen a dead body up close. Until now...As she leaves a south London estate one night, she is horrified to find a woman has been viciously stabbed, right next to Lacey's car. Thrown headlong into her first murder hunt, Lacey's quiet life changes overnight. Then Lacey receives a familiar hand-delivered letter, written in red blood, and it is clear the police have a Ripper copycat on their hands. Lacey must be the bait if they are to prevent a second, brutal murder. But can this inexperienced DC outwit a killer whose infamous role model has never been found? 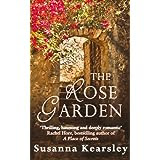 When Eva's film star sister Katrina dies, she leaves California and returns to Cornwall, where they spent their childhood summers, to scatter Katrina's ashes and in doing so return her to the place where she belongs. But Eva must also confront the ghosts from her own past, as well as those from a time long before her own. For the house where she so often stayed as a child is home not only to her old friends the Halletts, but also to the people who had lived there in the eighteenth century. When Eva finally accepts that she is able to slip between centuries and see and talk to the inhabitants from hundreds of years ago, she soon finds herself falling for Daniel Butler, a man who lived - and died - long before she herself was born. Eva begins to question her place in the present, and in laying her sister to rest, comes to realise that she too must decide where she really belongs, choosing between the life she knows and the past she feels so drawn towards.
For more on Susanna Kearsley please see her official website here
----------------------------------------------------------------------------------------------

During a winter blizzard a small girl is found wandering half-naked at the edge of an ancient woodland. Her hands are covered in blood, but it is not her own. Unwilling or unable to speak, the only person she seems to trust is the young officer who rescued her, Detective Sergeant Lucy Vaughan. DS Vaughan is baffled to find herself suddenly transferred from a high-profile case involving the kidnapping of a prominent businessman's teenage daughter, to the newly formed Public Protection Unit. Meanwhile, she has her own problems: caring for her Alzheimer's-stricken father; and avoiding conflict with her surly Assistant Chief Constable - who also happens to be her mother. As she struggles to identify the unclaimed child, Lucy begins to realise that this case and the kidnapping may be linked - by events that occurred during the blackest days of the country's recent history, events that also defined her own girlhood. "Little Girl Lost" is a devastating page-turner about corruption, greed and vengeance, and a father's love for his daughter.

What if the man you love isn't the man you think he is?
Lily, a young woman left alone in the world on the death of her grandparents, finds purpose when she befriends Harry Summers, a grieving widower, whose wife Sarah recently took her own life in Barcelona. The pair fall in love and Lily finally finds the security she has never had. But Lily's life takes a darker turn when she realises there may be more to Sarah's death than meets the eye. Anxious to find the truth before she marries her beloved Harry, Lily sets off to Barcelona in search of answers. What she discovers is more shocking than she could ever have imagined...


For more info on Emily Barr her official website is here
Which books are you looking forward to reading?
Have you read any of them? If so, please leave a comment and I'll link your review to the book