Book Review: A TRICK OF THE MIND BY PENNY HANCOCK AND GIVEAWAY 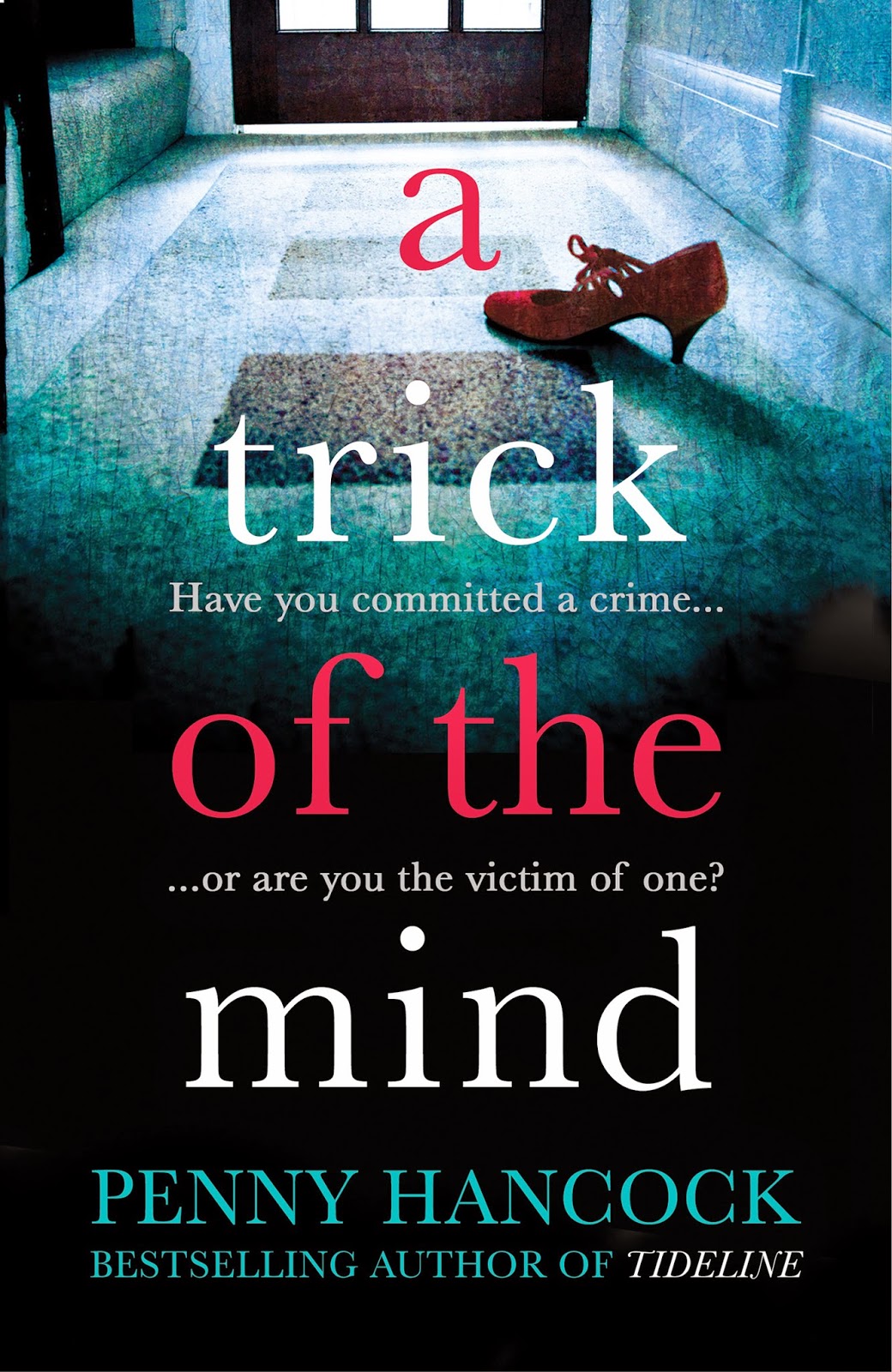 My thoughts on this psychological thriller......

A TRICK OF THE MIND
BY
PENNY HANCOCK


Have you committed a crime ... or are you the victim of one?
Driving down to the cottage in Southwold she's newly inherited from her Aunty May, Ellie senses she is on the edge of something new. The life she's always dreamed of living as a successful artist seems as though it is about to begin. So excited is she that she barely notices when the car bumps against something on the road.That evening Ellie hears a news flash on the radio. A man was seriously injured in a hit and run on the very road she was driving down that evening. Then Ellie remembers the thump she heard. Could she have been responsible for putting a man in hospital? Unable to hold the doubts at bay, she decides to visit the victim to lay her mind to rest, little knowing that the consequences of this decision will change her life forever.

The story is told by Ellie who has recently split from her boyfriend, she's starting a new life and is travelling to a beach house that she's inherited from her aunt.  Driving along a country lane at night she feels a bump but doesn't stop to investigate, she carries on driving.  It's only afterwards when she hears on the radio of someone being hit by a car does she think she may have run someone over.

I was ignorant about impact, and thrust, and momentum, all those things we were supposed to learn about in physics that seemed pointless - of no relevance to my life as it was at that time.  If I'd listened, I might have had some idea of what it might have felt like.  Whether I might have knocked into a grown man and only heard the slam of the wing mirror, experienced a tilting of the car to the right.  Whether the impact could have thrown him far.

She feels so ridden with guilt that not only does she visit the man in hospital but, somehow, she pretends to be his girlfriend as the man has lost some of his memory.

Ellie is an anxious person, she's obsessive and compulsive, she does things like looking over her shoulder three times, taps three times on a gatepost, in her mind these will keep people safe.  As the story continues we learn why she's like this, why she relies on talismans to feel safe in the world.

Patrick, the hit and run victim, seems too good to be true, rich, handsome, charming .... he and Ellie soon become close, but is he too perfect?  What secrets is he hiding?  Did she hit him by accident?

There's also another mystery concerning the Aunt who left Ellie her house, why did she leave her this house, who was the mysterious little girl who's mementoes Ellie finds in the house, how did she die? Why does no-one want to talk about her?

At first I couldn't put this book down, it was gripping, compulsive, the writing was fast paced and flowing, the clues were being drip fed.  But after a while I felt there were too many coincidences that just didn't seem 'right', which I don't want to spoil, and my enthusiasm started to wane slightly.  I have to say, though, that they didn't detract from my overall enjoyment of this book, I would give it four stars instead of five stars because of that.

If you haven't read any of Penny Hancock's books (or if you have) and you enjoy psychological suspense novels I would give this a try.  Or you could enter the giveaway below and win yourself a copy!

After several years in London, Penny Hancock now lives in Cambridge with her husband and three children. She is a part-time primary school teacher at a speech and language school and has travelled extensively as a language teacher. Her debut novel, Tideline, was published to rave reviews and was a Richard & Judy Bookclub pick.

If you would like to win a copy of A Trick of the Mind, the publishers, Simon & Schuster have very kindly me five signed copies to giveaway!  All you have to do is enter via Rafflecopter.

Open Worldwide
Ends Midnight (GMT) on Fri 12 September 2014
The prizes are being offered and provided by Simon & Schuster
Winners will be selected randomly by Rafflecopter.com and be notified by email
The Winners will need to respond within 48 hours of being contacted, failure to do this may result in another winner be selected.