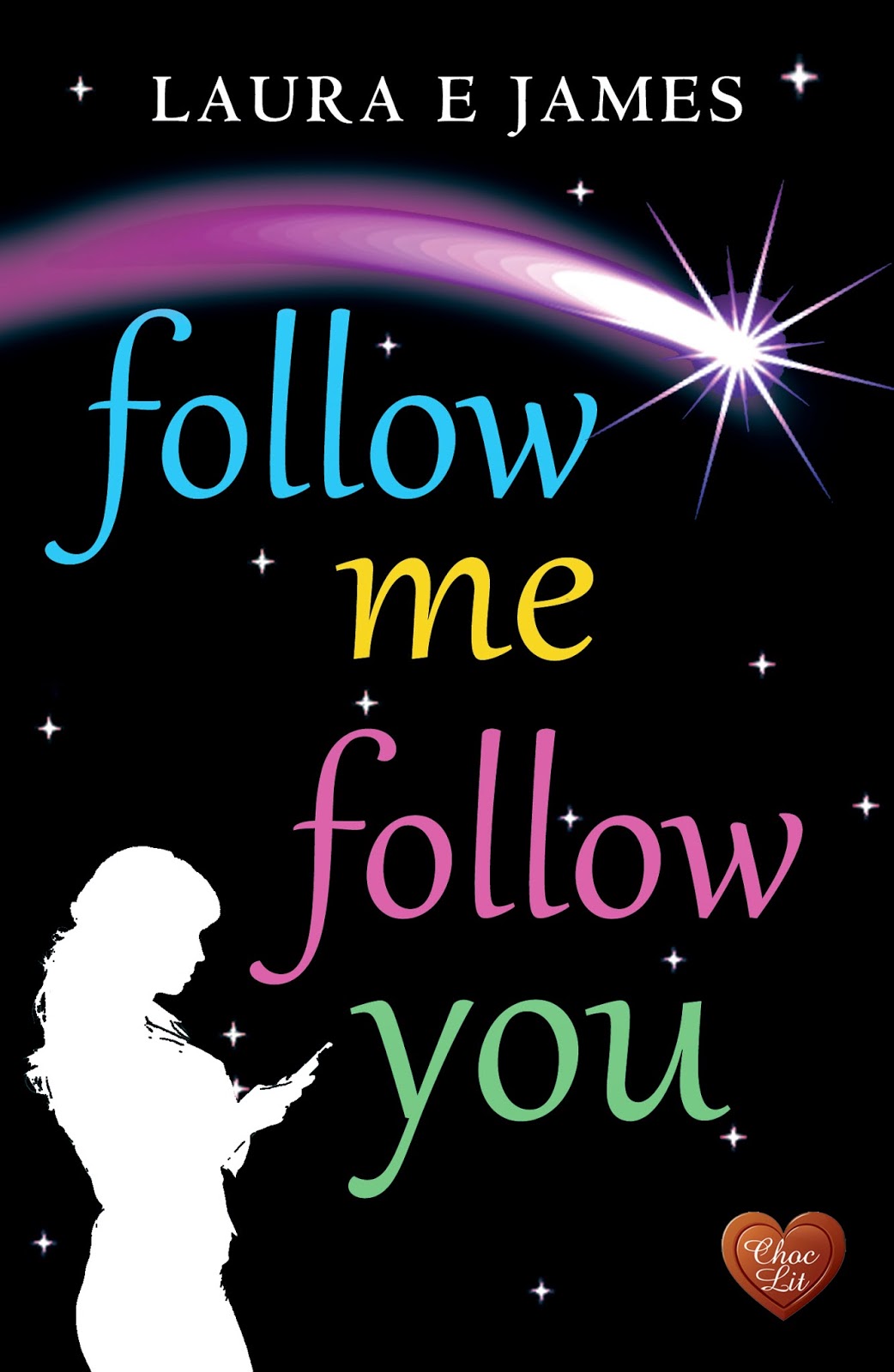 Victoria Noble has pulled the plug on romance. As director of the number one social networking site, EweSpeak, and single mother to four-year-old Seth, she wrestles with the work-life balance.

Enter Chris Frampton, Hollywood action hero and Victoria's first love. His return from LA has sparked a powder keg of media attention, and with secrets threatening to fuel the fire, he's desperate to escape.

But finding a way forward is never simple. Although his connection with Victoria is as strong as when he was nineteen, has he been adrift too long to know how to move on?
With the risk of them breaking, will either #follow their heart?

Victoria was attempting to create the impression she was engrossed in her work. From the moment Dan collected Seth, she’d buried her head in buff-coloured files, raising it once to study her monitor. At that moment, she realised Juliette was watching her.

‘I’m all right, Joo, honestly.’ That was a lie. She was preoccupied with thoughts of Chris Frampton returning home, considering ways to stop EweSpeak’s Board of Directors from travelling a destructive path, and despairing over her non-existent relationship with her son. She grimaced. ‘Apart from the blinding headache.’

She thrust herself away from the desk and rubbed the back of her neck. Her life was too cluttered for her to make informed decisions, and too many demands were being made of her, emotionally and physically. Something had to give. ‘I could do without this stupid business with the board.’

‘Do you think they’ll go ahead?’

Victoria huffed. ‘Of course they will. They’re motivated by money. They’ll do whatever it takes to keep their bank accounts full and their fat backsides comfortable.’
‘But they have a duty of loyalty, and their report states the move will secure the future
of EweSpeak—’

‘It only secures their position, Juliette. Let’s face facts. We made bad choices, electing certain members to the board. We were blinded by their past successes. They’re cut-throat businessmen with reputations to uphold.’ Victoria swung her chair round and gaped at her sister. ‘I’ll bet a year’s salary there’ll be redundancies.’

‘But if charging clients to join will increase profits—’

Victoria cut her off again. ‘Did you miss the bit where they proposed paying celebrities for exclusive bleats? It’s ridiculous. It won’t work. People will opt out. Our followers enjoy the personal contact, the chance to hold a discussion with like-minded souls, maybe even exchange a bleat with their idol. If it’s sensationalism they want, they’ll buy a glossy magazine, or worse, they’ll flock to our competitors. They won’t subscribe to our network.’ She shook her head. ‘It has disaster written all over it.’

‘I don’t see it. The board’s acting in the company’s best interest. We have to make money. And it’s not just their pockets they’re lining, is it?’ Juliette waved a hand in the direction of the window. ‘I don’t hear you complaining about the flashy, two-seater sports car you’ve parked in our private garage.’

Victoria reached for the remote on her desk, and switched on the TV. ‘I need a break.’

She stood, gave her arms a stretch, and walked across to the sofa, collapsing into it, irascible and frustrated. Surely Juliette wasn’t voting with the board? Victoria cast her eyes to the large screen, scoured through the programme guide, and settled on a news channel.

It was a mistake.

Wherever her eyes fell – the TV, online, mobile applications – Chris’s then thirty-five-year-old haunted face appeared, vacant, pale and broken. There was no escape from the dated footage of him being jostled out of the way of bloodthirsty, aggressive photographers or being hustled into his ranch house by burly security men. Victoria had seen the images thirty, maybe forty times in the last couple of years. Every piece of technology in her office was broadcasting his grief all over again, and each time his name was typed, bleated, or beamed across the Internet, and for every second his tormented features were on public display, Victoria was on trial. Her technology, the company, the brand she had developed and grown was helping prolong his terror. To see this beautiful man reduced to a floorshow for the cheap seats made her sick to the stomach.

She jumped at a touch to her arm.

‘Are you okay?’ Juliette took the remote from Victoria, switched off the TV, and sat down. ‘I’m sorry I called him your obsession. This must be hard for you.’

Victoria shrugged. Although she understood Juliette’s concern, she didn’t appreciate intrusion, and sharing, as her sister called it, was not Victoria’s way. There’d been far too much of that already. A small shudder ran through her. ‘It’s complicated,’ she said, hoping a few words, regardless of content, would appease Juliette. 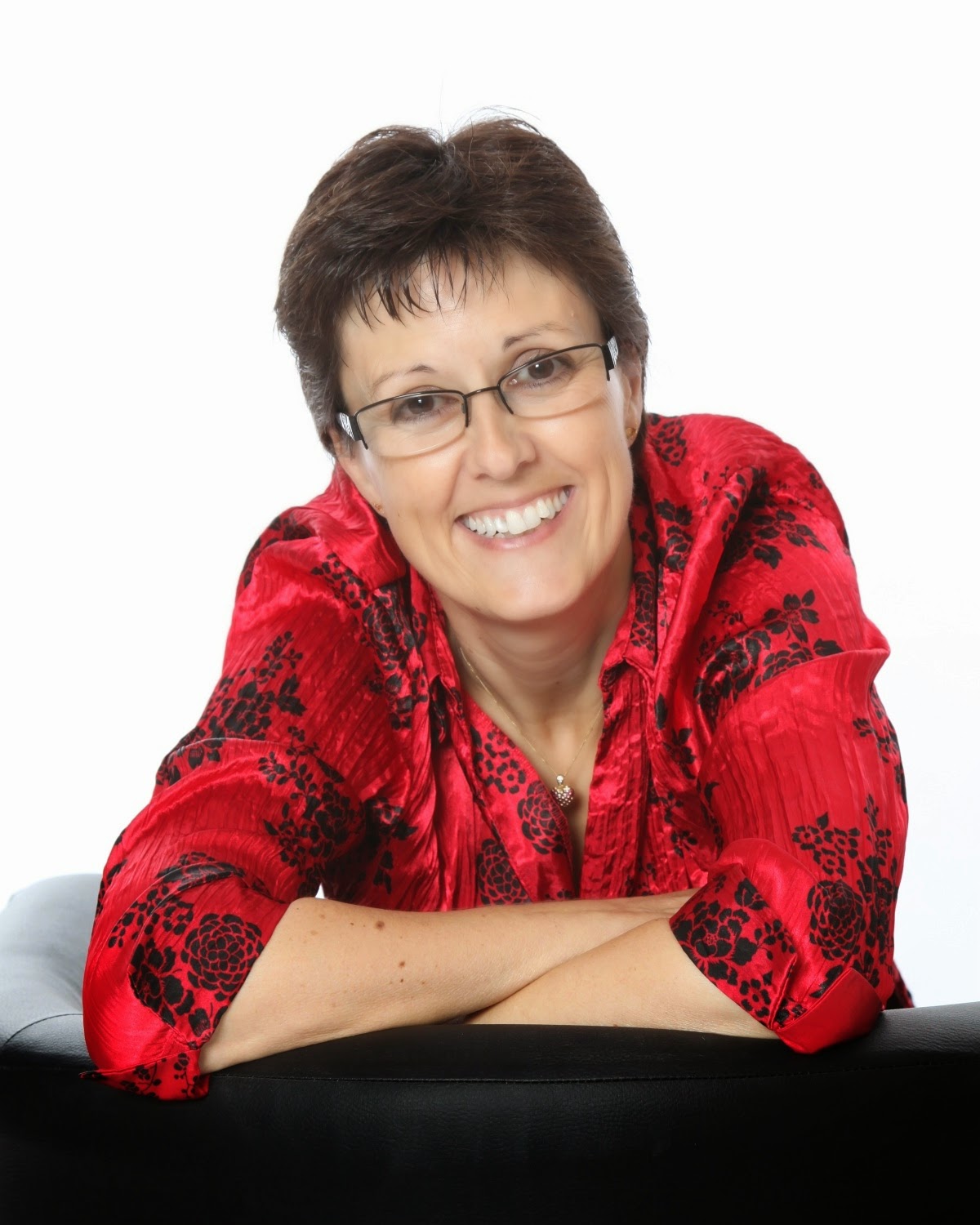 Laura is married and has two children. She lives in Dorset, but spent her formative years in Watford, a brief train ride away from the bright lights of London. Here she indulged her love of live music, and, following a spectacular Stevie Nicks gig, decided to take up singing, a passion that scored her second place in a national competition.

Laura is a graduate of the Romantic Novelists’ Association’s New Writers’ Scheme, a member of her local writing group, Off The Cuff, and an editor of the popular Romaniacs blog.

For a chance to win a Paperback copy of Follow Me, Follow You please enter via Rafflecopter below.
Giveaway open internationally