My thoughts on this dual narrative story set in two different eras .....

ROBERTA likes to collect the letters and postcards she finds in second-hand books.  When her father gives her some of her grandmother's belongings, she finds a baffling letter from the grandfather she never knew - dated after he supposedly died in the war.

DOROTHY is unhappily married to Albert, who is away at war.  When an aeroplane crashes in the field behind her house she meets Squadron Leader Jan Pietrykowski, and as their bond deepens she dares to hope she might find happiness.  But fate has other plans for them both, and soon she is hiding a secret so momentous that its shockwaves will touch her granddaughter many years later .....

Roberta is 34 years old, lives alone and loves working in the Old and New Bookshop, she finds things in books such as postcards, locks of hair, letters, receipts etc. and she keeps most of them, she finds it hard to dispose of these memories.  She also loves old suitcases and is thrilled when her father gives her her grandmother's old suitcase.  When she discovers in it an old letter dated February 1941 she is intrigued

This is a dual narrative story going back and forth from the present to the Second World War where we meet Roberta's grandmother Dorothy, living in a little cottage on a farm, husband away at war, she's a mystery to the other villagers due to her not socialising but she doesn't care.  She had two land girls helping with the farm and she manages to eke out a living by sewing and taking in laundry.

But her life changes dramatically when she meets a Polish airman, they become close, and when another dramatic event happens on the farm she has to make life-changing decisions which affect everyone's lives.

I really enjoyed going back and forth in time with the two women, especially Dorothy who had such a sad life and desperately wanted a baby.  She couldn't believe her luck when Jan walked into her life and gave her some happiness.

Roberta too was lonely, she was 'useless at wobbly moments' and thinks she's a 7 out of 10 on a very good day.  Her boss, Philip, was good company, funny and witty and Roberta enjoys his company.  His girlfriend also works at the shop and, according to Roberta, she's a 9 and a half out of 10......so no chance of a romance ...... or is there?

This was a good story, well-told, with interesting characters, but it wasn't a page-turner for me, sometimes I struggled to pick it up again, though it was an intriguing story, one of regret, lost chances, love, sadness and about the decisions we make that we think are for the best.

I think this book is a very encouraging start for debut novelist Louise Walters.  I look forward to seeing what she next publishes.

Louise Walters was born in Oxfordshire and now lives in Northamptonshire with her husband and five children.  She graduated from the Open University in 2010.  This is her first novel. 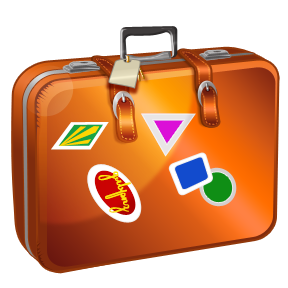