Book Review: THE ONE I WAS BY ELIZA GRAHAM 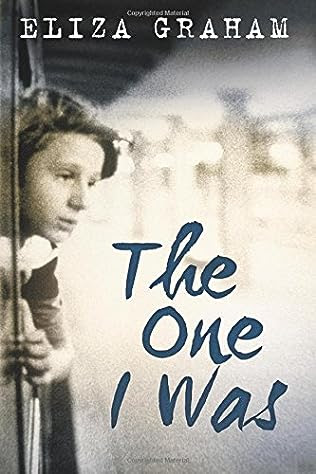 My Thoughts on this novel of hidden identities .......


THE ONE I WAS
BY
ELIZA GRAHAM


Restless, troubled Rosamond Hunter has spent most of her life running away from the past, filled with guilt about her involuntary role in her mother's death. When her nursing job brings her back to Fairfleet, her childhood home, to care for an elderly refugee, she is forced to confront the ghosts that have haunted her for so long.

Her patient, Benny Gault, first came to Fairfleet, England, in 1939, having fled Nazi Germany on a Kindertransport train.

As his health fails, he and Rosamond begin to confide in each other. At first their tentative friendship revolves around the love they both shared for Rosamond's glamorous grandmother, Harriet, but as their trust in each other grows, guilty secrets are exposed and history is turned on its head.

I think I have read all of Eliza Graham's novels and I've loved and enjoyed them all, including this latest novel.

I love her simple writing style, her individual characters and the way she makes you care about them.

The One I Was begins with Rosamond's arrival at Fairfleet to nurse terminally ill Benny Gault, a German refugee who now owns the large house that belonged to the family who took him in in 1939.

I was absorbed from the start and wanted to know what Benny's guilty secret was, how does Rosamond know Fairfleet and what is her guilty secret?

The story goes back and forth in time for both Benny and Rosamond's early years to the present day.

Benny and I had both known early trouble. And we'd both found ways of insulating ourselves from discomforting echoes: he in this old country house with its sweeping views and fine furniture, me in my minimalist flat with its few starkly fashionable pieces.

As Benny opens up to her about his life at Fairfleet during the war, Rosamond also starts to unburden herself of her guilt. This is a story of hope, hidden identities, friendships, redemption and forgiveness.

There were a couple of inconsistencies in the story that annoyed me, although it didn't spoil the overall storyline it did make a difference to how I felt about the book overall, it is more a four star than a five star.

Ending on a positive note, I learned some interesting facts about the war and, especially about the women pilots (which I had not know about before) who flew planes from airfield to airfield to supply the RAF against Hitler as he moved across north-west Europe.

If you're looking for an easy read, set before and during WWII and present day, has believable characters with secrets, an old country house, a story full of suspense that will intrigue and fascinate you, then consider adding this to your list.


Eliza Graham lives with her family in Oxfordshire. Her first novel, Playing with the Moon, was published by Macmillan New Writing in June 2007. Restitution followed in September 2008, Jubilee in 2010 and The History Room in 2012.

In 2008 Playing with the Moon was shortlisted for the World Book Day Book to Talk About award.

Eliza has also written the first in a series of young adult novels featuring Rachel Pearse, a teenager coping with wartime life in the 1940s.

Playing with the Moon
Restitution
Jubilee
The History Room  (I also read this but haven't reviewed it)
Blitz Kid:1