Book Review: THE SUN IN HER EYES BY PAIGE TOON 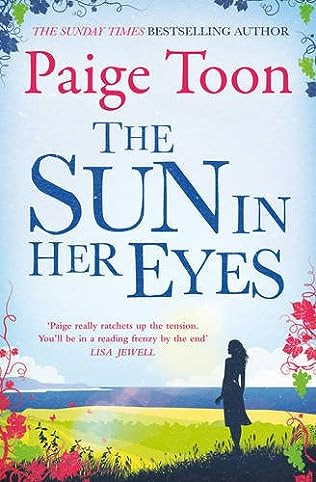 My Thoughts on this story of decisions and fate ......


THE SUN IN HER EYES
BY
PAIGE TOON


Amber was three when a car crash stole her mother's life.  She doesn't remember the accident, but a stranger at the scene has been unable to forget.  Now, almost thirty years later, she's trying to track Amber down.

Amber, meanwhile, is married to Ned and living on the other side of the world in London.  When her father has a stroke, she flies straight home to Australia to be with him.  Away from her husband, Amber finds comfort in her oldest friends, but her feelings for Ethan, the gorgeous, green-eyed man she once fell for, have never been platonic.

As Ethan and Amber grow closer, married life in London feels very far away.  Then Amber receives a letter that changes everything.

'Before your mother died, she asked me to tell you something .....'

Blinding sunshine
A bend in the road
What became of the little girl with the sun in her eyes? Amber and Ethan were best friends in school in Australia until Amber went travelling, met her future husband Ned, and settled down in London.  Now she's come back home to visit her dad who's had a stroke and her old feelings for Ethan come back to her.

Amber's marriage is not all that rosy, she's jealous of Ned's female boss and sometimes feels that they're having an affair.  Could she find happiness with Ethan or is he really the same man she fell in love with all those years ago?
What were Amber's mother's last words and are they significant in Amber's life?

The writing flowed smoothly, told from Amber's perspective, I felt that I got to know her very well and could understand how her mind worked, how she was confused and didn't know real from fantasy at times.

The story is full of emotion, told beautifully and is sure to delight existing fans of Paige Toon and anyone looking for a new author who can tell a story with warmth and skill.

A very enjoyable read that I would recommend highly.

Thanks to Dawn at Simon & Schuster for my copy of this book in exchange for an honest review.