In the vein of Elmore Leonard’s Justified, C. Hoyt Caldwell introduces a thriller series set in the dark side of the Appalachian mountains—featuring a heroine who’s playing both sides of the law.    Deputy Dani Savage would like nothing better than to shoot the wife beaters, carjackers, drug dealers, and all the rest of the low-life good ol’ boys that make policing Baptist Flats, Tennessee, near impossible. Instead, she grits her teeth and serves the God-fearing townsfolk without complaint. The “little deputy,” as she’s known, is often overlooked and ridiculed for being a small-statured woman in a big man’s world. But while investigating a cold case involving a missing teen, Dani stumbles onto some disturbing facts that cannot be ignored.    Soon Dani realizes that this case goes back decades. There’s a history of young women being stolen from the Tennessee hills, and a legacy of corrupt cops looking the other way. Dani’s investigation leads her to the “closeout kings,” a pair of hired killers with a tale to tell—a tale of a missing girl and a crime worse than murder. Somehow these two deranged hit men are Dani’s last, best allies. They know that it’s time for payback—and in the backwoods, justice takes only one form. 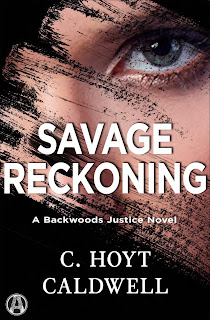 I am a Southerner, just not the kind you’re used to

I am a Southerner. It is a label that I rejected for a long time because it comes with certain traditions I haven’t adopted. I am not deeply religious. I am not even in the shallow end when it comes to theological thought. Most of my fellow Southerners ask for Jesus’ help to get them through the day or at the very least, a football game.

Not only do I not hunt like a majority of my Southern brothers and sisters, I don’t get hunting. It’s more than killing things. It’s gleefully killing things. I can’t fathom that brutally ending the life a wild creature could bring one so much joy, but I have seen the beaming faces of my Southern Facebook Friends as they crouch down next to the bloody corpse of an herbivore. When I was in high school, the opening of deer hunting season was an unofficial holiday that the administration counted as an excused absence.

Politically… well, let’s just say I am a stranger in a strange land when it comes to politics. I’ve made a few heads explode, and I’ve lost more than a few acquaintances because I’m the wrong kind of rebel. I’ll admit to being a bit of a contrarian. I have a prejudicial view of most of the policies and politicians in my South simply because I’ve spent well over 40 years watching this region backslide into 19th Century beliefs. Progress is a dirty word to most around here, especially when it’s spoken with a thick Southern drawl.

I find so much fault with the South, yet I love it dearly. There is a genuine politeness among the people. Folks say ‘sir’ and ‘ma’am’ with honest to goodness reverence.  They open doors for one another. When they ask you how you’re doing, they actually want to know how you’re doing. It’s not a reflexive greeting. It’s an inquiry into your well-being. And while I’m not religious, I can’t help but smile when strangers and friends a like encourage me to have a ‘blessed day.’

I am with filled pride and embarrassment because of my Southern heritage, and I suppose that’s why I chose it as my setting for my Backwoods Justice Novels. All the Southern archetypes I grew up with are in the book. The lovable dimwitted thug completely oblivious to his misdeeds. The frustrated woman trying to be taken seriously in a misogynistic world. The angry hickbilly who refuses to let go of his past. The sheriff who is content with staying low key and avoiding any kind of trouble. The husbands and fathers who rule their households with all the authority their faith grants them. The South, both what it is and what it could be, is deeply woven into every page of my Backwoods Justice Novels.

To put it succinctly, I am obsessed by my South. I love it warts and all. I want the world to know that it is imperfect, but in the best possible way. It’s imperfect because it’s oppressed by tradition. That’s good because traditions eventually die out. They give way to younger generations that have new ideas, and carpetbaggers that bring their sinful ways below the Mason-Dixon Line. There is hope for real change in the South, but it will take some shouting and some time.

Some will say that I am hard on the South, and I am. I see that it has the potential to be a cultural leader because when the folks around here ‘grab holt’ of an idea, they hold on for dear-life. Sooner or later, they’re going to hold onto ideas that will usher in real, positive change.

Most of all, I am hard on the South because I am a Southerner, a label I wholeheartedly proclaim.

C. Hoyt Caldwell is the author of Bad Way Out. Simultaneously proud of and puzzled by his Southern roots, he isn’t smart enough to be subtle so his work tends to be tasteless and gritty. He’s not out to offend anyone, but he’s also not out to win anyone over, either. His stories are full of sex, violence, humor, and heart. 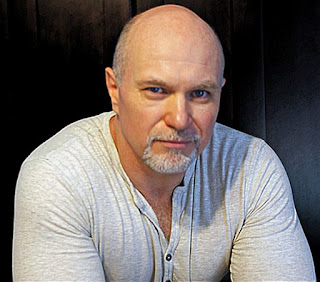