SPOTLIGHT AND EXCERPT: THE ECHOES OF LOVE BY HANNAH FIELDING 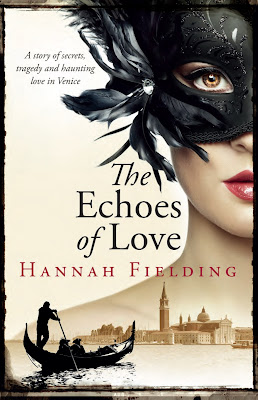 THE ECHOES OF LOVE
BY
HANNAH FIELDING

Set in the romantic and mysterious Italian city of Venice and the beautiful landscape of Tuscany, The Echoes of Love is a poignant story of lost love and betrayal, unleashed passion and learning to love again, whatever the price.

Venetia Aston-Montague has escaped to Italy’s most captivating city to work in her godmother’s architecture firm, putting a lost love behind her. Paolo Barone, a charismatic entrepreneur whose life has been turned upside down by a tragic past, is endeavouring to build a new one for himself. Venice on a misty carnival night brings these two people together. Love blossoms in the beautiful hills of Tuscany and the wild Sardinian maquis; but before they can envisage a future together they must not only confront their past, but also dark forces in the shadows determined to come between them. Will love triumph over their overwhelming demons? Or will Paolo’s carefully guarded, devastating secret tear them apart forever?


Excerpt of “The Echoes of Love”
By Hannah Fielding

Hannah Fielding is an incurable romantic. The seeds for her writing career were sown in early childhood, spent in Egypt, when she came to an agreement with her governess Zula: for each fairy story Zula told, Hannah would invent and relate one of her own. Years later – following a degree in French literature, several years of travelling in Europe, falling in love with an Englishman, the arrival of two beautiful children and a career in property development – Hannah decided after so many years of yearning to write that the time was now. Today, she lives the dream: writing full time at her homes in Kent, England, and the South of France, where she dreams up romances overlooking breath-taking views of the Mediterranean. 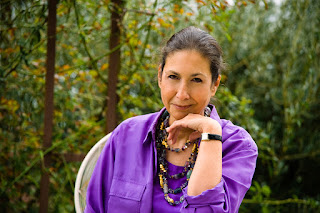