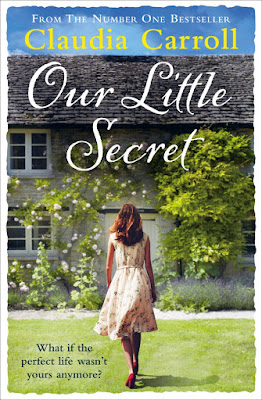 
A sparkling story about what happens when you let someone into your life… but they turn out to want more than you’d bargained for!

Sarah Dee has the perfect life. A high-flying job in a law firm, a beautiful daughter and a house to die for. So how does she find herself looking in through the kitchen window while another woman enjoys it all?

When Sarah takes pity on a struggling young graduate who can’t get a job, she thinks she’s doing the right thing. She’s being kind, generous and helpful to others, as she always is. But as Sarah allows the younger woman into her home, her law firm and even her family, is there more to this pretty youngster than meets the eye? And could this be a good deed that goes further than expected? 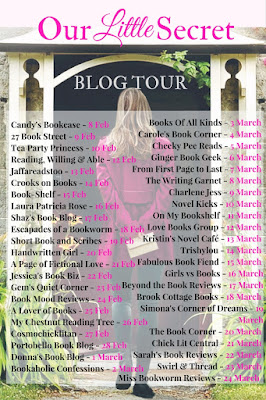 If only getting away from her mum was as easy, Darcy thought, as her dad dropped her outside the Dundrum Town Centre that Saturday afternoon. With her dad, it was a complete doddle. Ever since the separation she could play him like a violin. All she had to do was drone on about how hard she was working in school and how tired she was after a long week, then nine times out of ten the chances were he’d say, ‘so is there anything in particular you’d like to do today, love?’ In which case she had her answer all dressed up and ready to go.

Because Abi was dead right. There were few enough advantages to having separated parents, so why not milk the whole poxy situation for all it was worth?

‘Don’t suppose we could swing by the Dundrum Town Centre, could we, dad?’ she wheedled, glancing hopefully over at him from the passenger seat of his car. ‘Just for an hour tops, I promise, that’s all.’
Always best, she’d learned from Abi, to go in looking for significantly less than you actually wanted, then work your way up from there. Aim low; you always got further. Because Darcy had no intentions of staying in the shopping centre for just an hour; there was a gang from her class meeting in Starbucks, including Tony Scott, and wild horses wouldn’t drag her away from any gathering that Tony was at the centre of.
‘I dunno, Darce,’ her dad said warily. ‘Your mum already thinks you spend quite enough time there as it is.’
‘Yeah, but Dad, this is only for a bit. Besides,’ she added, trying to keep her tone light and breezy just like Abi always did, ‘I need piles of stuff for my history project and I’ll be able to pick everything up in Easons while I’m there. Come on, just one lousy hour, that’s all I’m asking. Then you and me have the whole weekend to hang out, don’t we?’
‘One hour then,’ Tom said, yanking the car off the M50 and taking the turn-off for Dundrum. ‘But if your mum gets to hear about this, then on your own head be it, missy.’
‘Thanks, Dad, you’re a star,’ Darcy smiled angelically, then immediately whipped out her phone to text Abi.
GOT AROUND MY DAD. YOU’RE RIGHT, SO EASY TO DO I’M LMFO. JUST DRIVING BACK TO THE SCENE OF THE CRIME, LOL. WHERE ARE YOU, HUN? YOU IN STARBUCKS YET?
The reply came back immediately.
JAMMY BITCH. WOULD KILL TO BE THERE WITH YOU, BUT MY BITCH MOTHER SAYS I HAVE TO GET MY HISTORY PROJECT DONE. FML.

Shit, Darcy thought. She’d been looking forward to seeing her pal and maybe even bragging a bit to the gang about how they’d literally got away with daylight robbery just the day before. Still though, everyone else would probably be at Starbucks by now, and maybe it wasn’t any harm that Abi was grounded for the afternoon. She was always just a shade too flirty with Tony Scott for Darcy’s liking, even though she had a hot boyfriend of her own.