The Past is Present by Kathleen Webb - Book Tour + Book Review

The Past is Present by Kathleen Webb 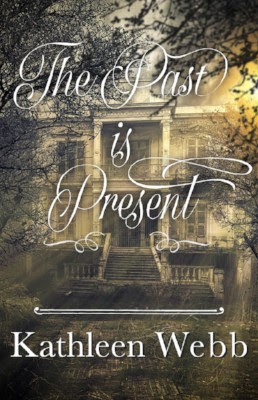 After the untimely death of her mother and father, twenty-four year old Catherine Morgan leaves the Cambridge home where she has spent the better part of her life, to move to Cornwall. She takes a job as a teacher, working in an old rambling school which has been converted from a domestic home, perched high up on a hilltop, overlooking the beautiful Cornish coastline.

Out of the blue a letter arrives from a bank in Switzerland, advising Catherine that she is the sole heir to a fortune of over thirty million dollars. With no living relatives, save for a great aunt in the USA, Catherine sets out to uncover the source of this staggering inheritance, and to unravel the mystery that lies behind it.

With the help of her great aunt, Catherine begins to dig deep into long forgotten family secrets. Strange dreams begin to plague her. She is haunted by the eerie feeling that someone from her family’s past is trying to help her. Catherine must work to make sense of the past while defending herself, and her fortune, from someone in the present who will stop at nothing to secure the money for themselves.

The Past is Present is the debut novel by Kathleen Webb.


The Past is Present is told in two time frames, from 2010 and 24 years earlier in 1985 and I thought this worked really well at the beginning as the connection between the two is not apparent until later in the story.

Catherine Morgan decides to leave her home and sad memories behind and uproot to the lovely Cornish coast and, luckily, quickly finds a teaching job in a local school.

The story really gets interesting when she receives, out of the blue, a letter informing her of her fortune waiting for her, though she hasn't a clue where it has come from. At the same time she starts having strange dreams and daytime visions of a house she doesn't recognise, but she knows that it's important and someone is trying to tell her something.

Although I did enjoy the story I found some of the writing quite basic and simple, some of the conversations seemed stilted and unreal, and there were a couple of plot holes.

I found the overall story quite gripping and imaginative as it weaves between the two different years, and gradually the plot revealed itself in a surprising way with a few twists.

Living  in Hertfordshire,  Kathleen Webb has always  held a passion for writing  and since retiring she’s finally  found the time to realise her dream  and complete her first novel. When not  writing she can be found spending quality  time with her grandchildren and children and  baking delicious decorative cakes. 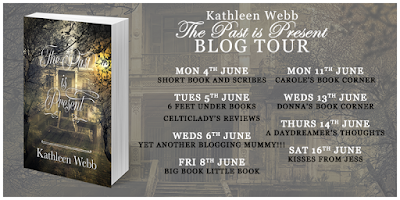 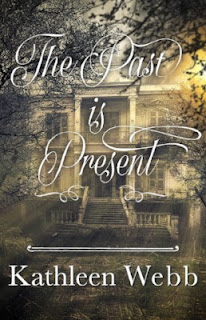