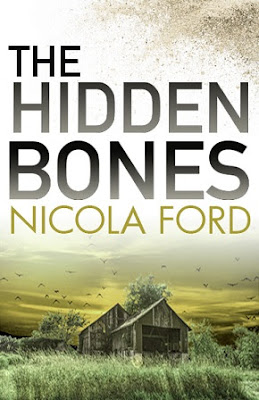 Following the recent death of her husband, Clare Hills is listless and unsure of her place in the world. When her former university friend Dr David Barbrook asks her to help him sift through the effects of deceased archaeologist Gerald Hart, she sees this as a useful distraction from her grief. During her search, Clare stumbles across the unpublished journals detailing Gerald’s most glittering dig. Hidden from view for decades and supposedly destroyed in an arson attack, she cannot believe her luck. Finding the Hungerbourne Barrows archive is every archaeologist’s dream. Determined to document Gerald’s career-defining find for the public, Clare and David delve into his meticulously kept records of the excavation.

But the dream suddenly becomes a nightmare as the pair unearth a disturbing discovery, putting them at the centre of a murder inquiry and in the path of a dangerous killer determined to bury the truth for ever. 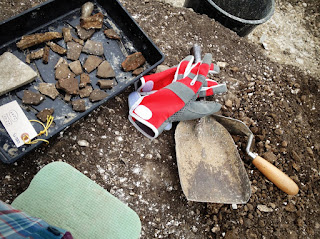 The Hidden Bones opens in 1972 as a discovery is made of an artefact in a field ... this sets the scene for one of the mysteries in the story.

Moving along to 2013 we meet Clare, still coming to terms with her solicitor husband's sudden death in a car accident, who is given the chance to help her old friend David in looking through some archaeological archives.

When they discover that a gold artefact is missing, and then the remains of an old body is found, together with several 'accidents' on the dig site, they realise that someone doesn't want them meddling in the past.

I really enjoyed this mystery, the first in a new series, the plot kept me guessing to the end with a few surprise twists and I found the whole archaeological process fascinating.

The Hidden Bones is filled with some great archaeological knowledge, it's an entertaining mystery at a steady pace with plenty of dialogue to move the story along and with a likeable heroine in Clare, I look forward to her next 'dig'! 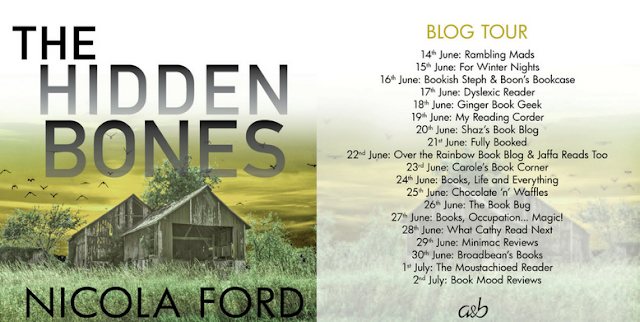 Nicola Ford is the pen-name for archaeologist Dr Nick Snashall, National Trust Archaeologist for the Stonehenge and Avebury World Heritage Site. Through her day-job and now her writing, she’s spent more time than most people thinking about the dead.
nicolaford.com @nic_ford