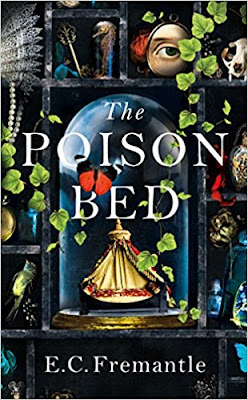 A Marriage.  A Murder

One of them did it.

Which of them will die for it?


The Poison Bed
by
E.C. Fremantle

Autumn 1615. Celebrated couple Robert and Frances Carr are imprisoned in London on suspicion of murder.

SHE has been rescued from an abusive marriage by Robert, and is determined to make a new life for herself. Whatever the price …

HE has risen from nothing to become one of the country’s most powerful men. But to get to the top you cannot help making enemies …

Now a man is dead. And someone must pay with their life.

Frances knows the truth can kill. Robert knows a lie can set you free. Neither understands their marriage is a poisoned bed …

Set in 1615, a time of intrigue and scandal at the court of King James I, The Poison Bed is narrated alternately by Frances and her husband, Robert, who are both in prison awaiting trial for murder.

We learn of Frances' life before, of how she was born into a high-ranking family, how she had no choice in her marriage of convenience to the unlikeable Earl of Essex, and how she met the charming and beautiful Robert Carr. She was clever, well-bred, and had no shortage of admirers.

They are both looking back to see how they had arrived at this precarious situation.

Robert Carr is an intriguing and infamous character, he was a 'favourite' of King James and also became quite powerful having the king's ear and his trust. He was obsessed with Frances from the moment he saw her reading the young Prince's palm at court.

The Poison Bed is a compelling historical mystery of a real life scandal of the time - the suspicious death of Robert's former lover, Thomas Overbury.

Full of treachery, betrayal, obsessive love and deadly secrets, The Poison Bed is a wonderfully written and well researched mystery. 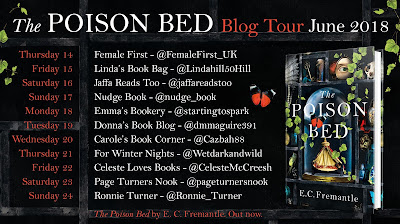 Elizabeth Fremantle is the critically acclaimed author of Queen's Gambit, Sisters of Treason, Watch the Lady and The Girl in the Glass Tower. She holds a First for her BA in English and an MA in Creative Writing from Birkbeck. She lives in London. 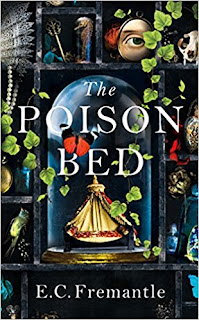