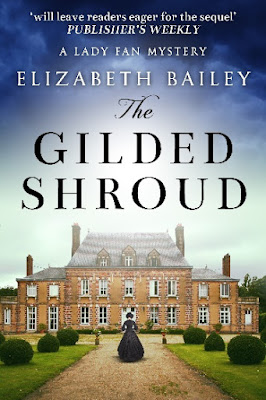 When Emily Fanshawe, Marchioness of Polbrook, is found strangled in her bedchamber, suspicion immediately falls on those residing in the grand house in Hanover Square.
Emily’s husband - Randal Fanshawe, Lord Polbrook - fled in the night and is chief suspect – much to the dismay of his family.
Ottilia Draycott is brought in as the new lady’s companion to Sybilla, Dowager Marchioness and soon finds herself assisting younger son, Lord Francis Fanshawe in his investigations.
Can Ottilia help clear the family name? Does the killer still reside in the house?


Or could there be more to the mystery than meets the eye…?

The first in a new series, The Gilded Shroud is a lovely mix of historical fiction, romance and a murder mystery featuring amateur sleuth Ottilia Draycott.

Ottilia has a clever and astute mind, and she is determined to discover who killed her employer's daughter in law and clear her son's name, though she's not sure whether he was the killer or not due to him suddenly disappearing in the night.

She has a way of questioning people, particularly the servants, she was very good at getting them to open up and talk to her, she was very persuasive and she could extract the truth out of them.

I really liked Ottilia, she spoke her mind, was very inquisitive and didn't give up easily.

Together with the handsome Lord Fanshawe they discovered secrets from Emily's bedchamber, I loved how Ottilia made even the men blush at her frankness!

Though I did find it odd how she giggled and laughed so much when the situation was so serious.  But that's a minor criticism in an otherwise engaging and very enjoyable novel full of intrigue among the aristocrats of London Society.

About the Author - Elizabeth Bailey 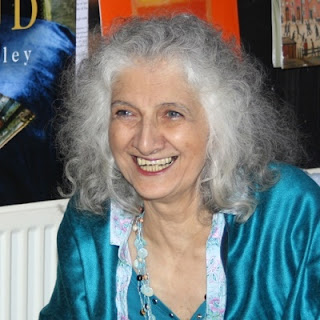 Elizabeth Bailey feels lucky to have found several paths that have given her immense satisfaction – acting, directing, teaching and, by no means least, writing. Through the years, each path has crossed the other, honing and deepening her abilities in each sphere.
She has been privileged to work with some wonderful artistic people, and been fortunate enough to find publishers who believed in her and set her on the road.
To invent a world and persuade others to believe in it, live in it for a while, is the sole aim of the novelist.
Elizabeth’s own love of reading has never abated, and if she can give a tithe of the pleasure to others as she has received herself, it’s worth all the effort.
You can check out Elizabeth’s website here http://www.elizabethbailey.co.uk/.
Elizabeth’s Twitter: @LizBWrites 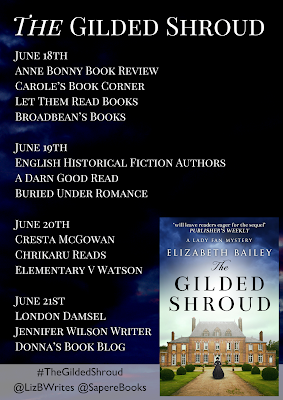