Today I am delighted to be part of Elizabeth Enfield's Blog Tour for her brand new book Ivy & Abe, thanks to publishers Penguin 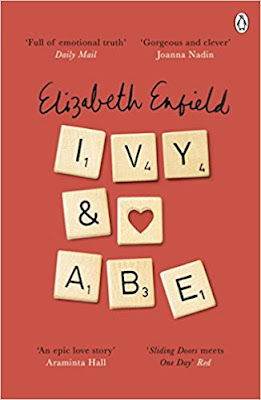 Childhood friends in the Sixties, Ivy and Abe were
inseparable until a chance event tore them apart.
Now in their early seventies, fate once again brings
them together - both grey-haired, Ivy hand in hand
with her grandson - to fill in the gaps of one another's
lives. Each has experienced great passions as well as
heart-breaking tragedies, but the time is finally right
for them.

Their love story seems, in the end, meant to be.
But what if…

…in a parallel universe, chance had intervened and
they'd met sooner?

…they'd met in their forties, both married to other
people and began an affair?

…they'd met before then and married, but the
daunting question mark over Ivy's health had
suffocated Abe's love for her?

…as lovestruck teenagers, one small moment had
sealed their fate?

Ivy & Abe is a wonderful intricately woven book
that I absolutely adored.

I love the idea of a parallel universe and I loved the
film 'Sliding Doors' so this was a perfect read for me...
what if we kept meeting the same person over and
over again ... would you or they be the same, would
the events be the same. Sometimes there were
recurring themes such as medical issues, but overall
each scenario was different.

The characters were so likeable, the writing was easy
to read, the storyline was so unique and clever. 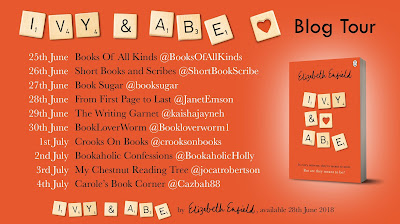 Elizabeth Enfield worked as a journalist and producer
for BBC radio before going freelance. She now
contributes to various national newspapers and
magazines. Her short stories have been broadcast on
Radio 4 and published in magazines including
Woman's Own and the Sunday Express. 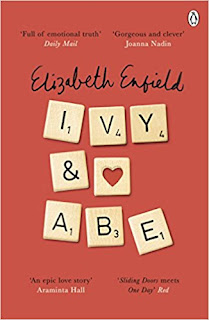