In The Dark by Cara Hunter - Book Tour & Book Review

Today, I am thrilled to be part of Cara Hunter's blog tour for her brand new book In The Dark, thanks to Penguin 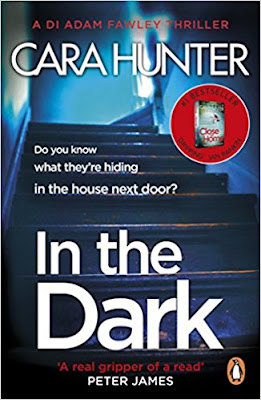 A woman and child are found locked in a basement room, barely alive ...
No one knows who they are - the woman can't speak, and there are no missing persons reports that match their profile. The elderly man who owns the house claims he has never seen them before.
The inhabitants of the quiet Oxford street are in shock - how could this happen right under their noses? But DI Adam Fawley knows that nothing is impossible.
And that no one is as innocent as they seem . . .

As soon as I had finished reading Cara Hunter's debut novel Close to Home I could not wait to read her next book and now that I've read In the Dark I just cannot wait to see what she has next planned for DI Adam Fawley.  Actually, I've just checked and No Way Out is not available until January next year in the UK.

What an utterly gripping and engrossing thriller of a story this is.

It was very, very difficult to put down and actually carry on with my normal life as I was so immersed in the storyline which is so complex, so clever.  Sometimes told in the first person by DI Fawley, along with media reports, interview transcripts, there are no chapters, the story jumps from one scenario to another which really keeps the reader's mind sharp trying to keep up with the fast moving investigation as Fawley tries to figure out how the girl and boy ended up there and why, along with their identities.

In the Dark contains all you would wish for in a psychological thriller - twisty plot, red herrings, intriguing characters, unreliable witnesses, exciting writing, secrets and lies.

I think I'm developing a crush for DI Fawley, his team fear and respect him but inside is a soft heart and he's not as tough as he appears, there are some genuinely tender scenes with his family situation which I felt were handled very sensitively.

His thoughts on the characteristics of two of his team:-

Gis, who has always been exceptionally good at knowing when to stop digging; and Quinn, who carries his own set of shovels.

I loved the writing, it's compelling and fast-paced with characters who are so well-developed and believable that I really felt I understood them......and I could never have guessed where the story would take me.

Cara Hunter has done it again! 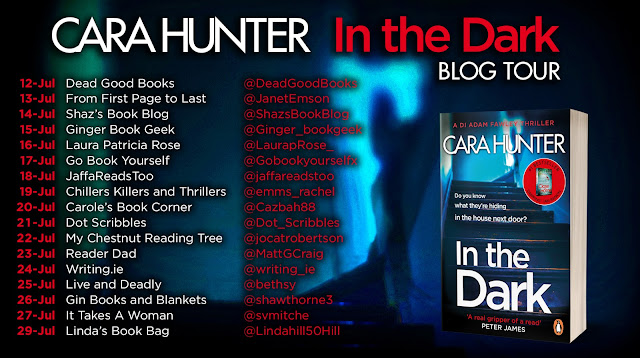 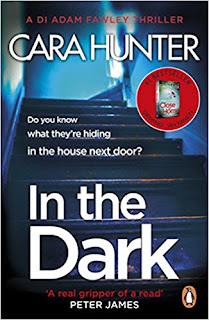