Today I am delighted to be part of Ruth Ware's Blog Tour for her brand new book The Death of Mrs Westaway, thanks to publishers Harvill Secker 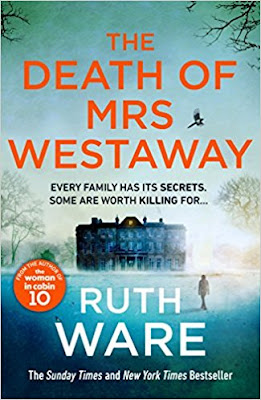 On a day that begins like any other, Hal receives a mysterious letter bequeathing her a substantial inheritance. She realizes very quickly that the letter was sent to the wrong person—but also that the cold-reading skills she’s honed as a tarot card reader might help her claim the money.Soon, Hal finds herself at the funeral of the deceased…where it dawns on her that there is something very, very wrong about this strange situation and the inheritance at the centre of it. 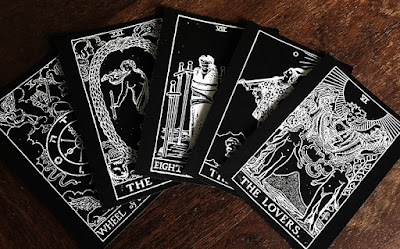 Struggling to eke out a living by reading tarot cards on a seaside pier, twenty one year old Harriet is better at reading people than cards, a gift that comes in handy when she meets the Westaway family.

She is stunned to receive a letter about an unexpected inheritance, obviously sent to her by mistake. Heavily in debt, she decides to pretend to be this person - she figures she has nothing to lose and, possibly, everything to gain.

After the funeral, she goes back to the family's house .... a crumbling family estate in Cornwall, where a cantankerous housekeeper and an assortment of squabbling siblings all make her feel she's out of her depth and she continually questions whether she should carry on.

Dark and full of atmosphere with delicious secrets, intriguing characters, a wonderfully creepy setting, the writing plays with your mind and your emotions so well, together with the gothic house feel, it's like being transported back to a 1930's murder mystery.

This is the first book by Ruth Ware I've read and I absolutely loved it!  She has a fluid writing style that was at just the right pace. Overall a suspenseful thriller that kept me turning the pages until the very end. 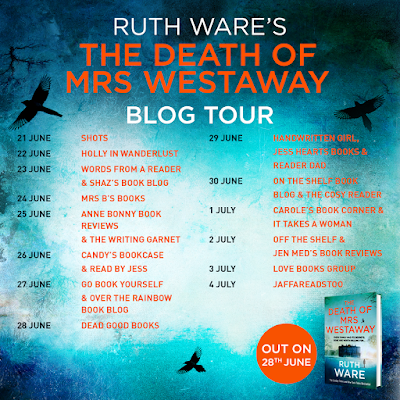 Ruth Ware is the author of psychological crime thrillers In a Dark, Dark Wood, The Woman in Cabin 10, The Lying Game and the forthcoming The Death of Mrs Westaway.  Published in more the 40 territories, Ruth is a Sunday Times and New York Times bestseller, and has been nominated for the Theakston’s Old Peculiar Crime Novel of the Year Award, the British Book Industry Award for Book of the Year, and won the RT Reviewer’s Choice Award for Best Suspense Novel.  Film and TV rights have been sold for her first three three novels, and Reese Witherspoon is set to produce the film of  In a Dark, Dark Wood. 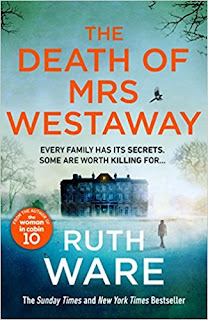