A Discovery of Witches by Deborah Harkness - Book Review - Fantasy 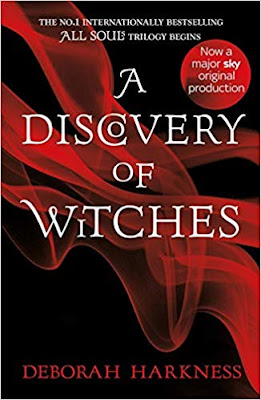 When historian Diana Bishop opens an alchemical manuscript in the Bodleian Library, it's an unwelcome intrusion of magic into her carefully ordered life. Though Diana is a witch of impeccable lineage, the violent death of her parents while she was still a child convinced her that human fear is more potent than any witchcraft. Now Diana has unwittingly exposed herself to a world she's kept at bay for years; one of powerful witches, creative, destructive daemons and long-lived vampires.
Sensing the significance of Diana's discovery, the creatures gather in Oxford, among them the enigmatic Matthew Clairmont, a vampire genticist.
Diana is inexplicably drawn to Matthew and, in a shadowy world of half-truths and old enmities, ties herself to him without fully understanding the ancient line they are crossing. As they begin to unlock the secrets of the manuscript and their feelings for each other deepen, so the fragile balance of peace unravels...

There are so many elements I enjoyed about this book:  first there is the mystery of the alchemical manuscript than was thought lost and which Diana has found:  then there are the daemons, witches and vampires who have been looking for this book for centuries and who want to find out why Diana is the only one who can summon it:  then, of course, there is the forbidden love story of witch Diana and the vampire Matthew de Clermont.
Though I loved all these, my favourite part of the story was the witches house.  This is the house in Madison County where Diana's aunt and her partner live.  The house has a wonderful mind of its own, it was quirky, creepy, funny, but I'm not going to spoil it and tell you why!  I could not get enough of it.
I also loved this world in which the creatures live in plain sight of us humans but we don't know they're among us.  I was completely engrossed in this world and was sad when I turned the last page and had to leave Matthew and Diana.
My only criticism is that most of the story is told from Diana's point of view, which was limiting, I would have liked to have known what others were thinking as well, as I think this would have added much more depth to the story.
But, overall, I was interested enough to consider reading the next in the trilogy. 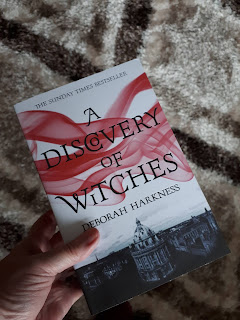