Today, I am delighted to be part of Catherine Ferguson's blog tour for her new book Second Chances at the Log Fire Cabin, thanks to Sabah at Avon Books ...... 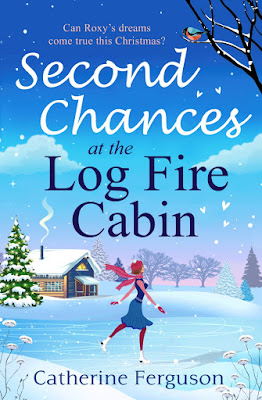 It’s time to cosy up this winter…

When Roxy proposes to her boyfriend Mac in a moment of madness on live TV, she’s mortified when he rejects her. To escape the embarrassment, she takes a job working as cookery assistant at a Christmas house party at the idyllic Log Fire Cabin. Roxy hopes the new job will take her mind off Mac, because to her eternal annoyance, she hasn’t been able to stop thinking about him…

But when Mac turns up at the cabin in unexpected circumstances, things begin to go awry. Can Roxy heal her own heart this Christmas? Or is someone waiting in the wings to help her…? 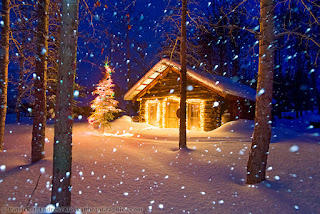 I open my eyes and Jackson’s face is right there, frowning. I take in a huge gulp of air and start coughing, as if the action will clear the blockage in my nose and throat. I’m still trying to shake off the last remnants of the horrifying dream.
‘What on earth happened?’ asks Jackson when I’ve calmed down a bit.
I swallow and turn away from his scrutiny. ‘It was nothing.’
‘Christ, that must have been some nightmare.’ Jackson looks appalled. ‘Look, you’re still shaking.’ He takes hold of my hand. ‘Can I do anything? You’re not going to be sick, are you?’ He recoils slightly, in alarm.
I shake my head, wanting to put his mind at rest. Jackson’s not great with people throwing up. Or any kind of mess, really.
‘Don’t worry, I’ll be fine in a moment,’ I manage to croak. ‘I just need to do some deep breathing.’
‘Do these nightmares happen often, then?’
I try to shrug it off. ‘I’ve had a few.’
To be honest, I thought these terrifying dreams would start to fade over the years, but if anything, they seem to be happening with greater frequency. And they’re just as scary as they were at the beginning.
But I don’t want Jackson to know any of this.
‘Roxy, you’re white as a ghost. Are you sure you don’t need to – erm – go to the bathroom?’
I shake my head.
‘Have you any idea what’s causing these bad dreams?’
I stare at him. If ever there was a time to tell him everything, it’s now. But I’m not prepared to risk losing Jackson, the way I lost Billy. So, instead of telling him the truth, I take a deep breath and say the first thing that comes into my head. ‘It’s money. I’m stone broke and I’m going to have to move out of here and go back to live with my parents.’ I give a rueful smile. ‘Nightmare.’
*****************************
Available from - Amazon UK - Amazon US - BookDepository 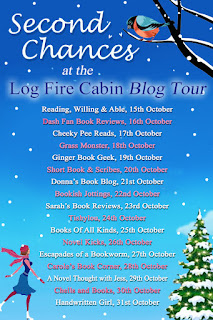