Today, I am delighted to be part of Jane Cable's blog tour for her new book Another You thanks to publishers Sapere Books ... and I am delighted that Jane has written a lovely guest post about her inspirations 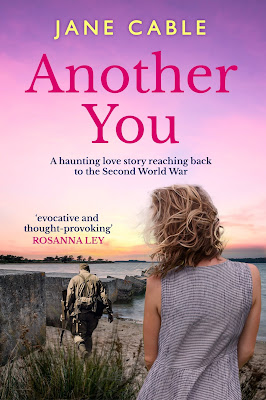 Sometimes the hardest person to save is yourself…
Marie Johnson fell in love with The Smugglers pub when she first moved to Dorset with her husband, Stephen.
But when Stephen’s wandering eye caused the breakdown of their marriage, and the costs of running the pub started to mount, Marie felt her dreams crashing down around her.
With local celebrations planned for the 60th anniversary of D-Day, Marie is hopeful things will turn around.
But she could never have predicted the ways her life will soon be changed forever.
A charming American soldier walks into Marie’s life, but it becomes clear nothing is really as it seems...
Why is Marie suddenly plagued by headaches? Is her American soldier everything he seems to be?
Or could the D-Day re-enactments be stirring up something from the past…?

Inspirations Great and Small – Jane Cable
The inspirations for Another You, as with many books, are wide and varied. A place, a moment in time, a scrap of conversation – all these and more add up to form the basis of a story – sweeping historical events and the smallest detail coming together to make a novel more than the sum of its parts.
The dedication at the front of Another You reads as follows: ‘In memory of my parents, the six men who died at Studland on 4th April 1944, and a whole generation who sacrificed so much.’ More than anything, it was these people who inspired the book and the character of George is their representative within its pages.
Let me explain. Looking back with the benefit of years, there was something very special about being brought up by parents who had survived the Second World War. Although I was born almost twenty years after it ended, the influence of the wartime generation was keenly felt. Stories were told first hand; nothing was wasted; and you put your head down and battled your way through any adversity. That’s not to say it was a heavy yoke of discipline, it was more a state of mind.
My family suffered no personal losses during the war. My father was born in 1926 and was drafted into the Royal Marines when he left school in 1944, but was such a terrible soldier he was sent to Cambridge until the war was safely over. My mother’s parents lived in a village just outside Cardiff where only one bomb fell. Her older brother would have loved to have joined the RAF but was in a reserved occupation.
It was my mother who made the greatest sacrifice in my family and proved the biggest influence on my own life. In 1937 she started grammar school in Barry, which entailed a train journey into Cardiff and then out again. In the height of the blitz she was trapped in a siding on more than one occasion, with bombs raining down, and her parents decided enough was enough. Her ambitions to be a teacher ended when she was fourteen and she went to work in the civil service, just a child really, collating information about casualties at sea.
After the war she and her girlfriends made the most of their newfound freedom and the money in their pockets. As Europe opened up they took foreign holidays and were amongst the first tourists to visit Spain. They had fun, married in their thirties and kept in touch throughout their adult lives. The value of female friends was drummed into me from an early age – as was her wanderlust – although when I was a child there was no money to indulge it.
There was no money because my mother wanted me to have the education that she had never been able to complete and to achieve this I was catapulted into the private system. This involved large financial sacrifices on the part of my parents and I am hugely grateful they prioritised this. Not that they ever put me under pressure. Whatever my best proved to be, it would be enough.
Once the tumultuous teenage years were over (let’s face it, very few mothers and daughters get on at this stage), my mother became my best friend. She always encouraged my writing, and it was she who suggested I enter the Alan Titchmarsh Show’s People’s Novelist competition. I reached the final and did her proud, and she lived long enough to read the resulting book, The Cheesemaker’s House, before she died in early 2015. 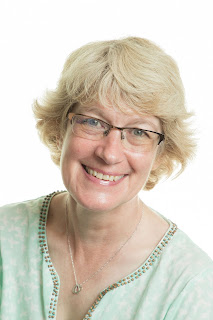 Although brought up in Cardiff, Jane Cable now lives in Cornwall and is a full time writer. Another You is a moving saga of family life in the 21st century which draws on the horrors of combat, both in modern times and World War Two as down-trodden Marie fights to reclaim her identity and discover what really matters to her. Jane’s next book, Winter Skies, will be available for pre-order from Sapere Books soon.
Follow Jane Cable on Twitter @JaneCable, on Facebook at Jane Cable, Author (https://www.facebook.com/romanticsuspensenovels/), or find out more at www.janecable.com.
Purchase Another You at http://getbook.at/AnotherYou 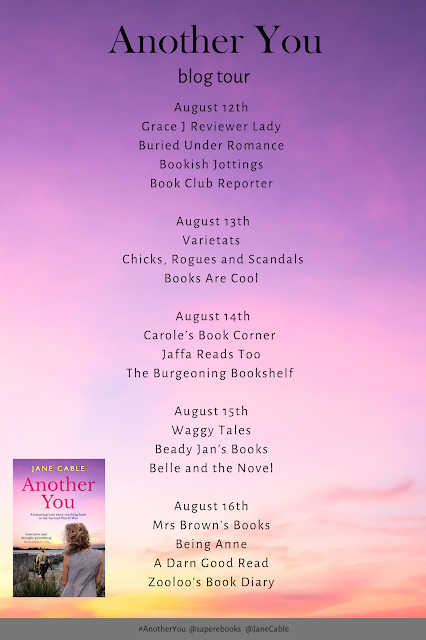