Book Review - The House of Birds by Morgan McCarthy 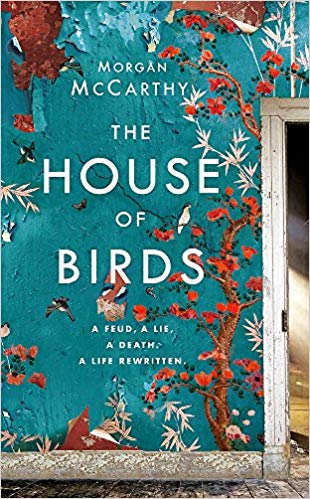 Oliver has spent years trying to convince himself that he's suited to a life of money making in the city, and that he doesn't miss a childhood spent in pursuit of mystery, when he cycled around the cobbled lanes of Oxford, exploring its most intriguing corners.
When his girlfriend Kate inherits a derelict house - and a fierce family feud - she's determined to strip it, sell it and move on. For Oliver though, the house has an allure, and amongst the shelves of discarded, leather bound and gilded volumes, he discovers one that conceals a hidden diary from the 1920s.
So begins a quest: to discover the identity of the author, Sophia Louis. It is a portrait of war and marriage, isolation and longing and a story that will shape the future of the abandoned house - and of Oliver - forever.

A Feud, a Lie,
A Death.
A Life Rewritten

The House of Birds is a beautifully told story spanning one hundred years.

When Oliver first sees the house with the beautiful bird wallpaper, as a child, he is smitten with it, and after a chance encounter years later with school friend Kate, who has inherited the house, he becomes slightly obsessed with it.......and the 1920's diary he finds hidden away.

Oliver is a daydreamer who overthinks everything, but he also follows his intuition, and I really warmed to him and his need to discover what happened to the writer of the diary, while also trying to discover who he is as well.

The novel's writing is so detailed and so lavish, I felt immensely drawn into the words and the descriptions of a 1920's Oxford where women were not allowed to walk into the Bodleian Library on their own.

It's a story of the human effects of war, the aftermath, lies and bitterness, the constraints of women, and their frustrations ..... and hope.  And one that I found hard to put down.

The story and the characters will stay with me for a long time.

My thanks to publishers Tinder Press and Net Galley for the opportunity to read this wonderful book in exchange for an honest review. 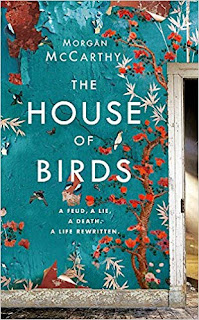