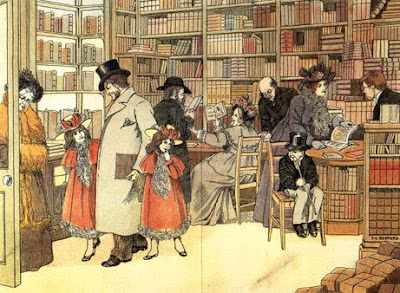 With publishers’ marketing departments suffering cut-backs like everyone else writers are increasingly having to rely on their own promotional skills to get their books noticed. Take Jennifer Belle, for example, author of The Seven Year Bitch. The New Yorker recently auditioned 100 actresses before choosing 40 of them to read her novel ostentatiously in such public places as Times Square and burst out laughing at frequent intervals. 'Publishing is no laughing matter these days’, said Ms Belle. The actresses – who were paid just $8 an hour – would no doubt agree.

One way publishers attempt to gain publicity is by means of bribes – well, freebies. This week some Swedish biscuits called 'Singoalla’ and a packet of ground coffee arrived to promote Camilla Ceder’s Scandinavian bestseller Frozen Moment, which will be published by Weidenfeld & Nicolson in August. Perhaps the novel should be re-titled Frozen Brain: the only thing missing from the parcel was the book.

Shakespeare & Company, the English-language bookshop in Paris that first published James Joyce’s Ulysses, will be holding its biannual literary festival next weekend. To mark the occasion it is launching a literary prize worth 10,000 Euros for the best novella (comprising 20,000 to 30,000 words) by an unpublished author. Full details will be available at www.shakespeare andcompany.com from 20 June. Meanwhile, the Paris Magazine, which was founded in the shop in 1967, will be published for only the fourth time.

Tomorrow sees the start of Independent Booksellers Week which aims to highlight the range and quality of personal service to be found in privately owned bookshops. A huge variety of events will be taking place across the UK. Some shops will be providing food for the stomach as well as the brain. The Book Hive in Norwich will be serving sake and sushi while Silverdell Books in Kirkham, Lancashire, which has its own ice-cream parlour, will be creating specific flavours for its visiting authors (previous favourites include Cox’s Special, created for Josephine Cox, and Tasty Terry, whipped up for Terry Wogan). Check out www.independentbooksellersweek.org.uk for local details.

For the full article see telegraph.co.uk