James Patterson, prolific 'brand-name' author, whose many books are written by a team of collaborators, takes twice as much as Stephenie Meyer, his nearest rival

With his name emblazoned on one in every 17 novels bought in the US, James Patterson has become the highest paid author in the world.

Working with a team of collaborators, Patterson writes around eight books a year, encompassing thrillers and children's books, making his publisher around $500m (£322m) over the last two years. These figures put him firmly on top of Forbes's list of the world's 10 top-grossing authors, with $70m earnings of his own over the year to 1 June. The last time Forbes published the line-up, in 2008, Patterson was in second place behind Harry Potter author JK Rowling and her $300m.

A former copywriter, Patterson works on his novels seven days a week, starting every day at around 5.30am and writing everything in longhand. Full of short, sharp sentences and brief chapters, packed with cliffhangers, his best-known character is the African American pathologist Alex Cross, but he is also known for his Women's Murder Club series and for the Maximum Ride books for young adults, about a group of children who are able to fly after being experimented on. He signed a multi-million dollar book deal last autumn that will see him producin 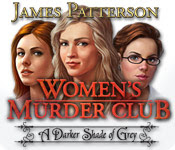 "I'm certainly not a world-class stylist. But the storytelling is pretty cool, and the narrative power of the stuff is usually pretty strong," he told the Guardian two years ago. "These books are entertainments. It's a very different process than if you're trying to write Moby-Dick, or The Corrections. That's painful. That's different from very simple, plot-oriented storytelling. If I was writing serious fiction, I'd want more rest time."

Patterson earned almost double the amount of Forbes's second-placed author, Stephenie Meyer – a new entrant to the list – who made $40m over the period, selling 40m copies of her Twilight vampire series in the US and 100m worldwide. Horror author Stephen King comes in third with earnings of $34m, while blockbuster romance writer Danielle Steel, who has four new books out this year, is fourth with $32m. Output is important in this game: Steel has written more than 100 books to date; King is the author of almost 50 novels; and Patterson adds to his vast oeuvre almost monthly.

Ken Follett is the highest-ranking British author on the list, with his thrillers bringing him $20m in the year to 1 June, and it is rounded out by Dean Koontz ($18m), Janet Evanovich ($16m), John Grisham ($15m), Nicholas Sparks ($14m) and Rowling. Despite publishing no new Harry Potter novel this year, Rowling – the first author to become a billionaire – still made $10m, said Forbes. Spy author Tom Clancy, fourth-highest earner two years ago, fell out of the list – which sees the 10 authors totalling earnings of $270m over the period – this year.