Young Adult Book Excerpt: KITTY HAWK AND THE CURSE OF THE YUKON GOLD BY IAIN READING 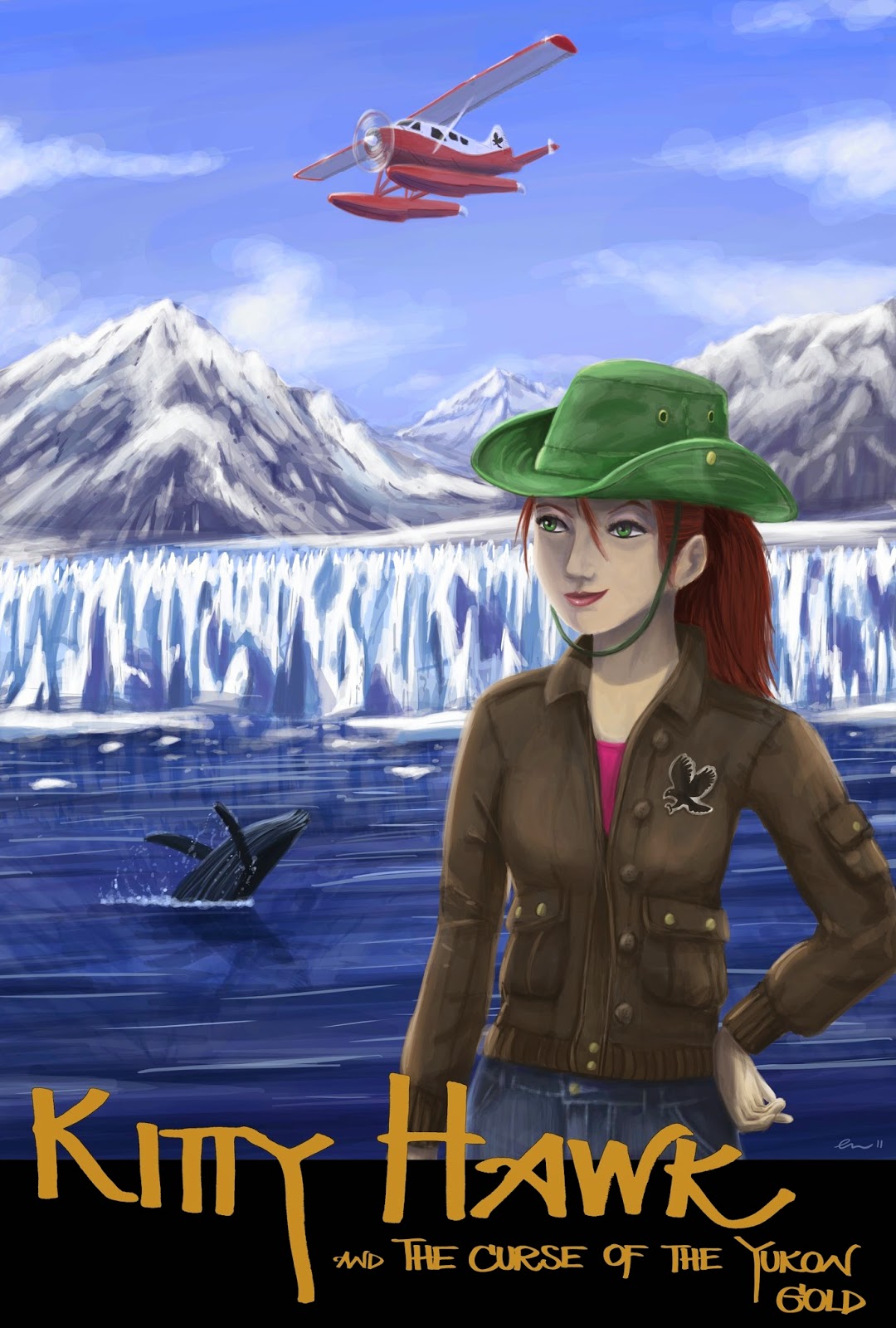 I am really thrilled to be bringing you an excerpt from this exciting Young Adult Book.


Kitty Hawk and the Curse of the Yukon Gold is the thrilling first instalment in a new young adult series of adventure mystery stories by Iain Reading.

This first book of the Kitty Hawk Flying Detective Agency Series introduces Kitty Hawk, an intrepid teenage pilot with her own De Havilland Beaver seaplane and a nose for mystery and intrigue. A cross between Amelia Earhart, Nancy Drew and Pippi Longstocking, Kitty is a quirky young heroine with boundless curiosity and a knack for getting herself into all kinds of precarious situations.

After leaving her home in the western Canadian fishing village of Tofino to spend the summer in Alaska studying humpback whales, Kitty finds herself caught up in an unforgettable adventure involving stolen gold, devious criminals, ghostly shipwrecks, and bone-chilling curses. Kitty's adventure begins with the lingering mystery of a sunken ship called the Clara Nevada. As the plot continues to unfold, this spirited story will have readers anxiously following every twist and turn as they are swept along through the history of the Klondike Gold Rush to a suspenseful final climatic chase across the rugged terrain of Canada's Yukon.

Kitty Hawk and the Curse of the Yukon Gold is a perfect book to fire the imagination of readers of all ages. Filled with fascinating and highly Google-able locations and history this book will inspire anyone to learn and experience more for themselves.

There are currently four books in the Kitty Hawk Flying Detective Agency Series available for sale on Amazon:

Kitty Hawk and the Curse of the Yukon Gold: http://www.amazon.com/Kitty-Flying-Detective-Agency-Series-ebook/dp/B00AGY6WWK/

Kitty Hawk and the Hunt for Hemingway's Ghost: http://www.amazon.com/Hemingways-Flying-Detective-Agency-Series-ebook/dp/B00F4A6WXA/

Kitty Hawk and the Tragedy of the RMS Titanic: http://www.amazon.com/Tragedy-Titanic-Flying-Detective-Agency-ebook/dp/B00IIY8V1U

Back Where The Entire Adventure Began

As soon as the engine began to sputter, I knew that I was in real trouble. Up until then, I had somehow managed to convince myself that there was just something wrong with the fuel gauges. After all, how could I possibly have burnt through my remaining fuel as quickly as the gauges seemed to indicate? It simply wasn't possible. But with the engine choking and gasping, clinging to life on the last fumes of aviation fuel, it was clear that when the fuel gauges read, "Empty," they weren't kidding around.
The lightning strike that took out my radio and direction-finding gear hadn't worried me all that much. (Okay, I admit it worried me a little bit.) It wasn't the first time that this had happened to me, and besides, I still had my compasses to direct me to where I was going. But I did get a little bit concerned when I found nothing but open ocean as far my eyes could see at precisely the location where I fully expected to find tiny Howland Island—and its supply of fuel for the next leg of my journey—waiting for me. The rapidly descending needles on my fuel gauges made me even more nervous as I continued to scout for the island, but only when the engine began to die did I realize that I really had a serious problem on my hands.
The mystery of the disappearing fuel.
The enigma of the missing island.
The conundrum of what do I do now?
"Exactly," the little voice inside my head said to me in one of those annoying 'I-told-you-so' kind of voices. "What do you do now?"
"First, I am going to stay calm," I replied. "And think this through."
"You'd better think fast," the little voice said, and I could almost hear it tapping on the face of a tiny wristwatch somewhere up there in my psyche. "If you want to make it to your twentieth birthday, that is.  Don't forget that you're almost out of fuel."
"Thanks a lot," I replied. "You're a big help."
Easing forward with the control wheel I pushed my trusty De Havilland Beaver into a nosedive. Residual fuel from the custom-made fuel tanks at the back of the passenger cabin dutifully followed the laws of gravity and spilled forward, accumulating at the front and allowing the fuel pumps to transfer the last remaining drops of fuel into the main forward belly tank. This maneuver breathed life back into the engine and bought me a few more precious minutes to ponder my situation.
"Mayday, mayday, mayday," I said, keying my radio transmitter as I leveled my flight path out again. "This is aircraft Charlie Foxtrot Kilo Tango Yankee, calling any ground station or vessel hearing this message, over."
I keyed the mic off and listened intently for a reply. Any reply. Please? But there was nothing. There was barely even static. My radio was definitely fried.
It was hard to believe that it would all come down to this. After the months of preparation and training. After all the adventures that I'd had, the friends I'd made, the beauty I'd experienced, the differences and similarities I'd discovered from one culture to the next and from one human being to the next. All of this in the course of my epic flight around the entire world.
Or I should say, "my epic flight almost around the entire world," in light of my current situation.
And the irony of it was absolutely incredible. Three-quarters of a century earlier the most famous female pilot of them all had disappeared over this exact same endless patch of Pacific Ocean on her own quest to circle the globe. And she had disappeared while searching for precisely the same island that was also eluding me as I scanned the horizon with increasing desperation.
"Okay," I thought to myself. "Just be cool and take this one step at a time to think the situation through." I closed my eyes and focused on my breathing, slowing it down and reining in the impulse to panic. Inside my head, I quickly and methodically replayed every flight that I'd ever flown. Every emergency I'd ever faced. Every grain of experience that I had accumulated along the long road that had led me to this very moment. Somewhere in there was a detail that was the solution to my current predicament. I was sure of it. And all I had to do was find it.
Maybe the answer to my current situation lay somewhere among the ancient temples of Angkor in Cambodia? Or in the steamy jungles of east Africa? Or inside the towering pyramids of Giza? Or among the soaring minarets of Sarajevo? Or on the emerald rolling hills and cliffs of western Ireland? Or on the harsh and rocky lava fields of Iceland?
Wherever the answer was, it was going to have to materialize quickly, or another female pilot (me) would run the risk of being as well-known throughout the world as Amelia Earhart. And for exactly the same reason.
"It's been a good run at least," the little voice inside my head observed, turning oddly philosophical as the fuel supplies ran critically low. "You've had more experiences on this journey around the world than some people do in their entire lifetime."
"That's it!" I thought.
Maybe the answer to all this lies even further back in time? All the way back to the summer that had inspired me to undertake this epic journey in the first place. All the way back to where North America meets the Pacific Ocean—the islands and glaciers and whales of Alaska.
All the way back to where this entire adventure began. 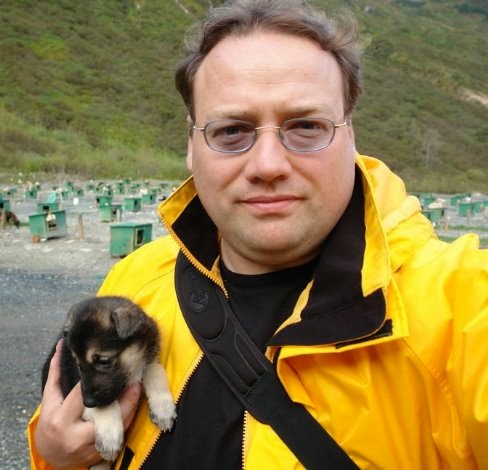 About Iain Reading
Iain Reading is passionate about Root Beer, music, and writing. He is Canadian, but currently resides in the Netherlands working for the United Nations. He has published 4 books in the Kitty Hawk Flying Detective Agency Series. For more information, go to http://www.kittyhawkworld.com/