After six years in England, Rachel has returned to Kenya and the farm where she spent her childhood, but the beloved home she’d longed for is much changed. Her father’s new companion—a strange, intolerant woman—has taken over the household. The political climate in the country grows more unsettled by the day and is approaching the boiling point. And looming over them all is the threat of the Mau Mau, a secret society intent on uniting the native Kenyans and overthrowing the whites.
As Rachel struggles to find her place in her home and her country, she initiates a covert relationship, one that will demand from her a gross act of betrayal. One man knows her secret, and he has made it clear how she can buy his silence. But she knows something of her own, something she has never told anyone. And her knowledge brings her power. 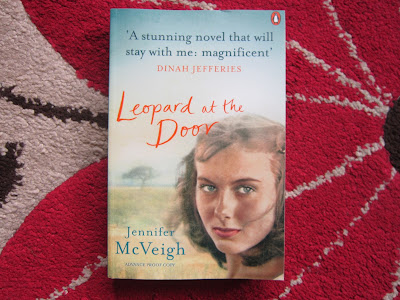 Leopard at the Door is such a contrast of a beautifully told story but also a story of a dark time in British and Kenyan history.  It is full of wonderful descriptions of Kenya, the people, the heat, the animals, the lush vegetation and the unforgiving wilderness.

The main character Rachel is returning to her childhood home after six unhappy years living in England with her grandparents - where she was sent to after her mother's death.  She has missed everything about Kenya and could not wait to come back.

I did not know much about the Mau Mau, the secret society which had sprung up in Kenya and who wanted to unite the kikuyu and overthrow the white people, and some of the brutality of their oath taking did not make for easy reading.

The vastness of the country is portrayed well, their nearest neighbour was 15 miles away, an hour's drive away at least.

The story gives us an insight into Kenyan life at that time for the many white farmers living there, the fear and isolation they endured, reading daily reports of the atrocities carried out by the Mau Mau which were not for the faint hearted.

It is also a story of Rachel's growing up and how she deals with the present and the past, her expectations and her disappointments, especially of her father who sent her away.

This is an absorbing look at a time of unrest and upheaval in history, which I found incredibly interesting as I knew so little of this period.  The writing was so descriptive and detailed, the tension rising with each page, and altogether a very thought-provoking read.

Available to buy from Amazon UK  -  Amazon US  -  TheBookDepository 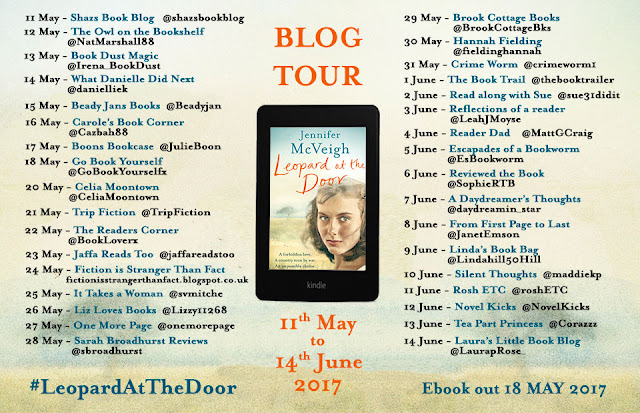